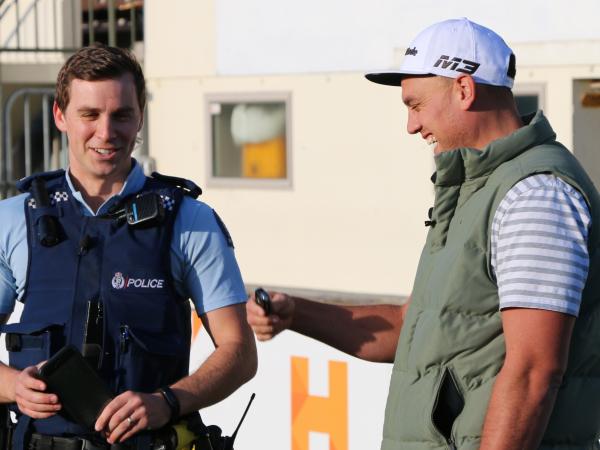 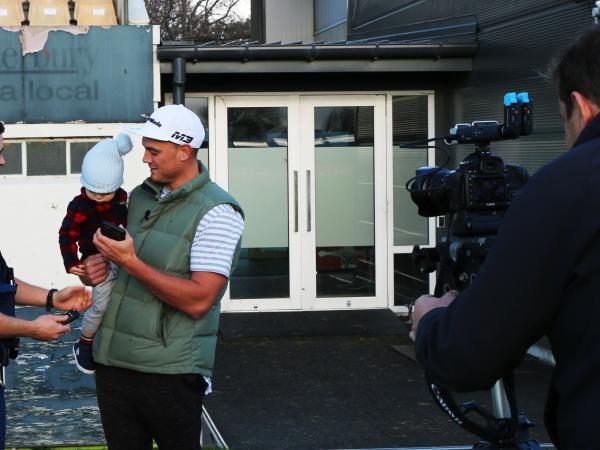 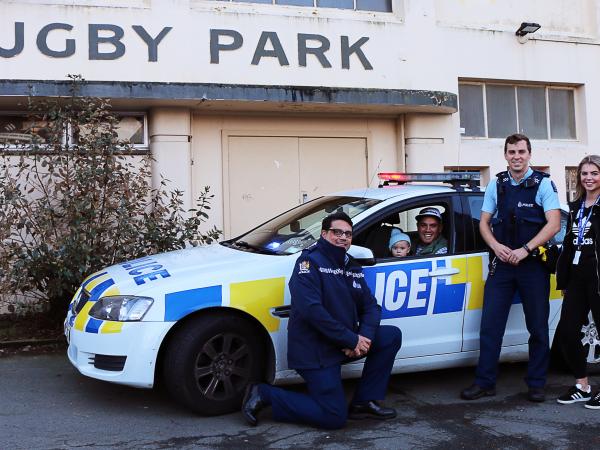 Home > News > Ten One Magazine > All Black’s pitch for Police

All Black Israel Dagg has tackled some off the toughest rugby players on the planet. Now he’s tackling a new challenge – running a Police social media channel for a day.

On Monday Canterbury Police are handing control of their Instagram channel to Crusaders back Dagg, who has a big presence on social media with hundreds of thousands of followers on his Instagram, Twitter and Facebook accounts.

The tie-up is the brainchild of Elly Fitzgerald, a Canterbury University media and communications student who is working as an intern with Police, managing the district’s social media presence.

“Israel is a big social media user with a big following here and overseas,” says Elly. “I had the idea of asking him and thought I’d just go for it.”

Elly is in the process of applying to become a Police recruit and says it is good to reach out to influencers – such as athletes – who could potentially also join the organisation.

Dagg, who has spoken of his interest in eventually pursuing a Police career, normally posts behind-the-scenes rugby scenes and cute insights into his growing family.

He says he has no firm plans about what he will do on Monday.

“I’m just going to let it happen,” he says. “I’m really looking forward to it.

“People have their own perceptions of what policing is about but it’s not often they get to see what really happens behind closed doors.

“Log on to Canterbury Police Instagram on Monday and see what Police men and women are doing every day.”

The initiative was aided by former Detective Superintendent Gini Le Bas, who left Police to take up a role as personal development manager for the Crusaders franchise.

Inspector Hirone Waretini, who oversees the district’s social media accounts, says the project is an example of high performance in action. “It’s all about trusting our people,” he says.

“For me, this is a great opportunity. We’ve got the Crusaders on our doorstep and that’s a ready-made partnership – and we’ve got really good people who come up with really good ideas.”