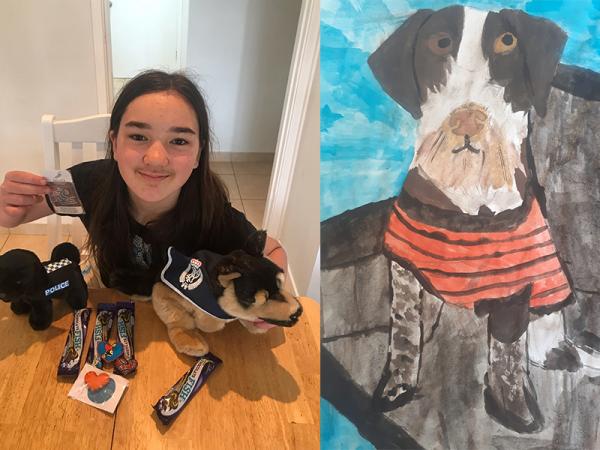 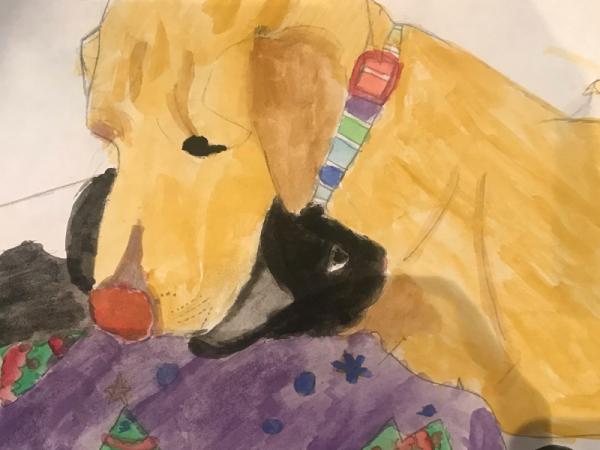 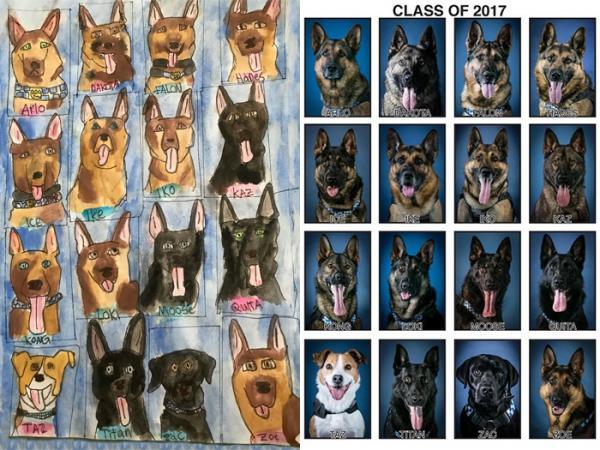 Helaina Hawthorne is a gifted young artist. The 10-year-old is making some pocket money from her talent painting pet dogs for friends and family, but is thoughtfully donating some of her cash to a neighbourhood dog rescue shelter.

Helaina’s talent came to the fore when she decided to paint the ‘Class of 2017’ New Zealand police dog photo. You may remember Helaina - formerly of Tauranga but now living in Sydney, who we featured last month.

Senior Constable Jane Dunn’s photo was posted on our Facebook page to mark International Dog Day in August this year so the clever youngster was inspired to paint her own version of Jane’s photo.

Helaina decided to send it across the Tasman to New Zealand Police so our dog handlers could see their amazing dogs recreated in watercolour.

Police staff were so impressed with Helaina’s art skills, we sent her a couple of Cadbury Chocolate Fish and some stuffed police dog-toys for her efforts.

Helaina is over the moon with the gifts from New Zealand Police. Her mother Lauren says “Helaina and I just wanted to say a huge thank you for the amazing presents. Since the article has been posted on Facebook Helaina has been bombarded with requests asking her to paint people’s dogs. She has been charging $10 per commissioned painting.

“Half of the profits from painting is for her to keep and with the other half she’s buying dog food and dropping it off to the local shelter”, says Lauren.

“One of my nieces in New Zealand recently received a German Shepherd police dog stuffed toy and Helaina really wanted one too, so I was planning on ordering one for her from Santa but – I don’t have to, because gratefully, we now have two,” says Lauren.