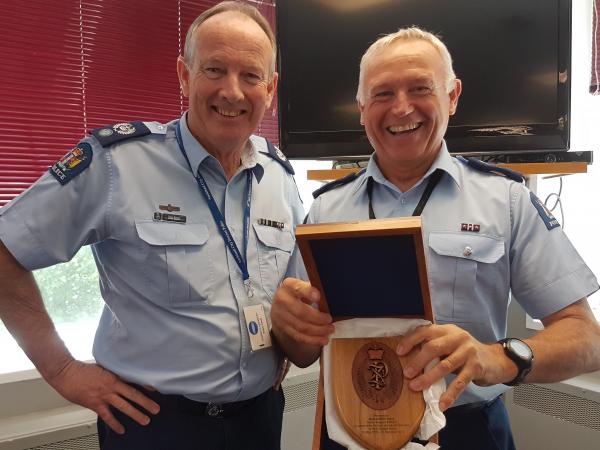 He served in all three Auckland districts and also spent four years as sole-charge officer in Eltham, Taranaki, after taking the advice of ‘old hands’ that he should try a different sort of policing.

“That was an eye-opener for a city boy, going to the country and being totally responsible for your actions and totally accountable to the community,” he says.

After Team New Zealand’s victory he stayed on to plan for the 2003 Americas Cup defence in Auckland. During this time he also spent five months as contingent commander in the pre-RAMSI Solomon Islands.

“We’d often hear automatic gunfire around town,” he says. “We had people in quite isolated areas and a couple of times had to go to get them out when things got volatile.”

Back in Auckland, after the 2003 Americas Cup Ross moved into Emergency Management within AMCOS, across all three Auckland districts. “I recognised that we were a bit behind the eight ball as regards emergency management plans.”

The national response to the 2010 Darfield earthquake provided a major test of his preparations.

“We were notified on the Saturday morning and by evening we had 75 staff at Whenuapai waiting for a plane. Those plans really came into their own.”

“When we arrived in Christchurch we had a drive-around to get an appreciation of what we were facing. It was like walking into a war zone. You see things on TV but it’s only when you get there that it dawns on you: Man, this is big.”

Speakers at the farewell included Detective Inspector Stu Allsopp-Smith – a fellow graduate of Recruit Wing 65 – who recalled Ross demonstrating his gymnastic prowess on the trampoline only to end up in hospital with a head injury.

Wife Kim told the wellwishers that it was because of people like them that Ross had stayed so long in Police. Daughters Saskia and Jaime said they had not expected so many people from other agencies to be there.

Ross says he overcame many challenges in his career thanks to strong partnerships with other agencies. “You can have all the knowledge in the world but if you don’t have good partner relationships you get nowhere.” 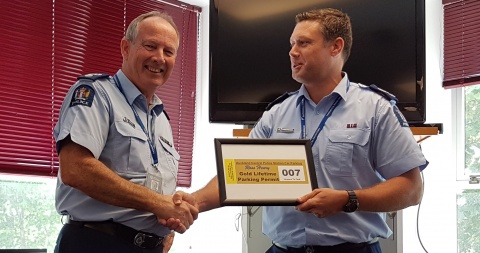 He has advice for younger officers: “If an opportunity arises, take it. It’s not only the experiences at the time – they will open doors for you later on. Police has been a great employer and given me some great experiences.”

Ross says he’s too young to retire completely – despite receiving a ‘Gold card’ conferring supposed parking privileges for his Harley Davidson – and will be seeking new challenges.

Inspector Peter Gibson paid tribute. “Ross is the consummate professional with outstanding people skills, whose dedication to his career and community will be sorely missed.”

Previous
Women showcase life in Police
Next
All in the family