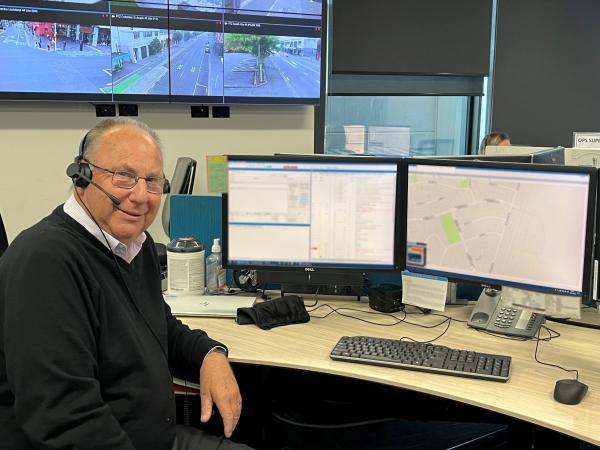 Fifty years to the day from his attestation in Wing 54, Southern Emergency Communications Centre Dispatcher David Teale has retired from a remarkable career with New Zealand Police, in both constabulary and non-constabulary roles.

In January 1973, David attested from the George Austing Wing 54 to begin his constabulary service. Stints in Christchurch and Lyttleton followed where David filled a wide variety of roles including Community Constable, Enquiry Officer, and CIB Reception, before an exciting three-year transfer to Interpol. After that he was back to Christchurch, just in time for the Communications Centres being set up, where David worked as a constabulary officer at times.

“I’ve been here ever since,” says David.

A keen sportsman and cricket fanatic, David has made the most of his interests in Christchurch, enjoying success as a coach for youth Canterbury cricket sides and school teams.

“In the end I’ve assisted in running a Junior Section at a local Christchurch cricket club.” 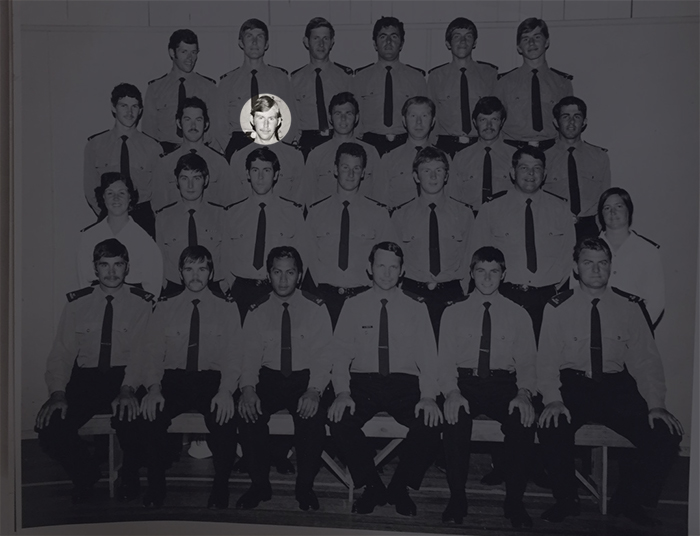 David pictured during his training at Trentham in 1973, when he was part of Wing 54 Section 2.

Unfortunately, it was a sporting injury that curtailed David’s 18 years of operational policing, forcing a move to a non-constabulary role.
“A concussion from rugby brought about epileptic seizures, so I had to take a medical discharge.”
David still found immense satisfaction and excitement from working as a dispatcher, and as his role developed he saw how rewarding it could be.

“The contact with police staff and the reward of the catch is always there, even when you are involved indirectly to bring about a result, no matter what level of event it may be.

“The support of supervisors over the years, and the support of New Zealand Police to allow me to work in a job I love, after having to [medically] disengage from the role as a constabulary officer, meant a lot to me.”

The work of a Communications Dispatcher is nuanced, challenging, and relies upon a calm, reassuring manner – something David is well known for by Southern frontline staff who have had the privilege of hearing his guidance over comms for so many years.

Dunedin-based District Deployment Coordinator Senior Sergeant Brian Benn has had a lot of experience hearing David at work, and says an effective dispatcher makes all the difference to the safety of staff attending critical incidents.

“David possesses everything you could hope for in a dispatcher,” says Brian. “He’s calm, incredibly knowledgeable, and has the unique gift of being able to encourage staff to accept a difficult task with enthusiasm.

“I sincerely think that through his comms work he’s helped a lot of young officers, and they’ve been able to learn a heck of a lot.”

David has worked through countless momentous events throughout his career, including massive operations like the Springbok tour, earthquakes, pandemics, and shootings. Through it all, the safety of operational staff has always been at the forefront of David’s mind when he’s been dispatching.

“My motivation all these years while working in comms was that I did not want an officer to go down on my shift - my shift was the only time I had control. And thankfully no-one has been lost.”

Being so skilled as a dispatcher, it’s fortunate that David has also genuinely enjoyed his work, and the connections with people around him, and over the airwaves, have played a huge part in that.

“I’ve made a number of friendships over the years in and out of Police.

“You don’t realise until times like this how close you have become to some staff when you’re not even in the same town.

“The ability to walk up behind an officer in the street and use their callsign to call out to them and their first reaction is, ‘Shivers! You’re here!’”

Over what has been a lifetime of service David has understandably seen a lot of changes over his time with New Zealand Police.

“Technology has had the biggest impact and changing from the Wanganui-based system to the CARD system. The volume of work now dealt with by all the Communication Centres is a really significant change too.”

Ironically, with all the organisational changes he’s seen, David’s famously familiar, calm, reassuring voice has been a constant for staff as they’ve gone about their work over the decades.

Looking forward to his retirement, David also has the opportunity to look back and reflect on his most important source of inspiration throughout the decades.

“My wife has been my biggest support over the years along with our sons, especially when coming home from a demanding shift.”

The entire New Zealand Police whānau wishes David all the very best for a happy retirement alongside his supportive wife and family. It’s impossible to fully express the level of gratitude owed to David for his incredible 50 years of dedicated service and skill, but thanks for a brilliant half century Dave.

Previous
On the beat on Boxing Day
Next
SPECIAL REPORT: Finding Hamish