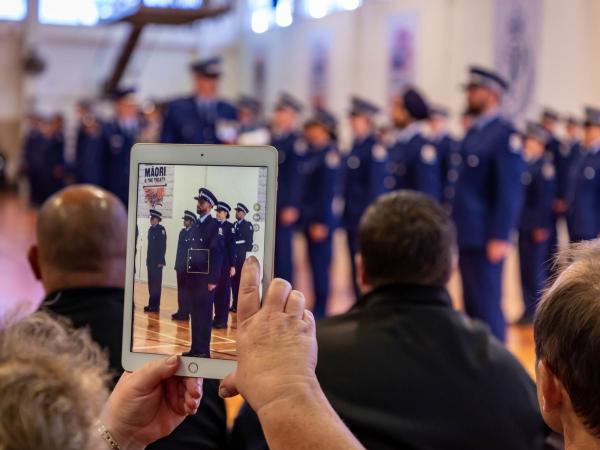 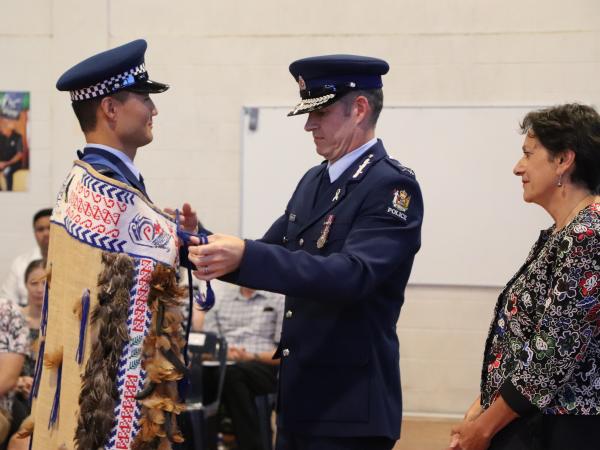 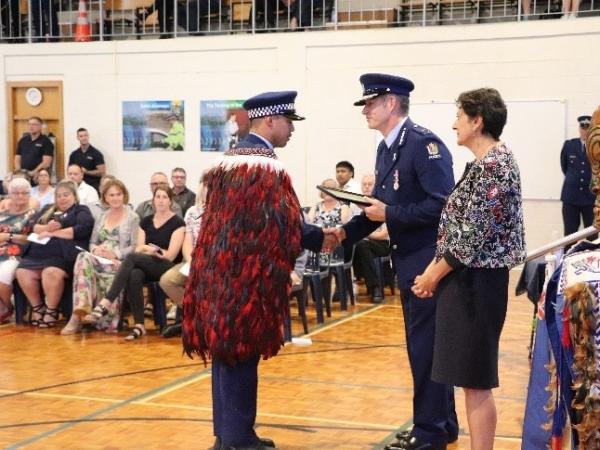 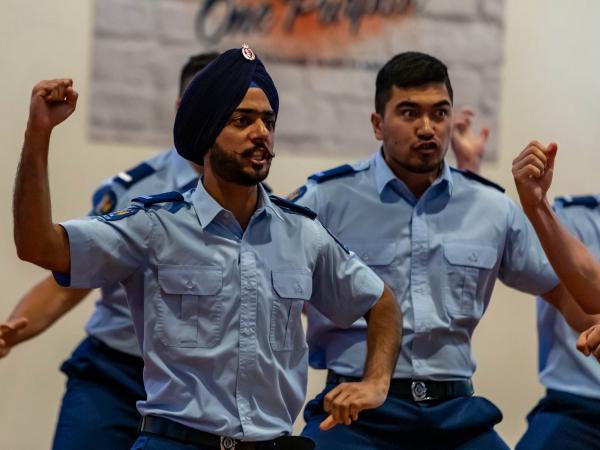 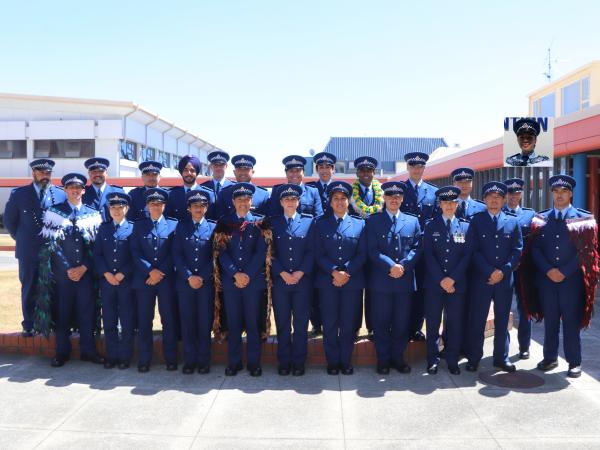 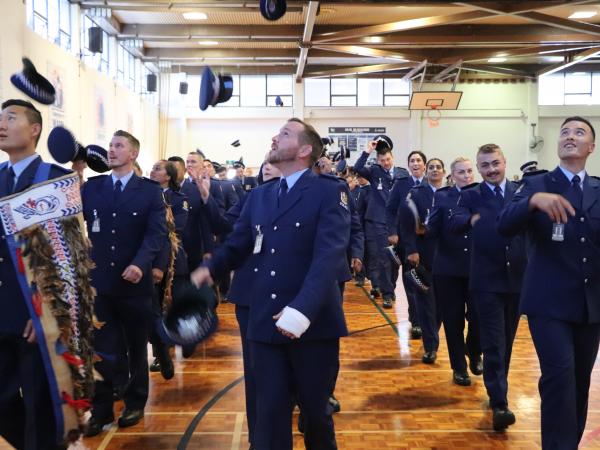 Fifty-seven new cops have completed their training for the frontline and graduated on Thursday 18 February at the Royal New Zealand Police College.

This is the most ethnically diverse wing to have started their training in 2020 with many of the wing demographics exceeding New Zealand’s population demographics for ethnicity (as compared to the 2018 census).

Police is aiming for a constabulary workforce diverse in ethnicity and gender that reflects the population we are policing, and we have set ambitious recruitment targets to meet our desired workforce profile.

Leading the wing is Constable Seo-Hyun (Michael) Baek, who has come top of the wing and has been recognised for his leadership skills.

Michael spent his early childhood years in South Korea before his family moved to New Zealand. Growing up in Auckland, his interest in conservation saw him gain a degree in biological sciences, but his career took a completely different direction when he became a Police Communicator – and his passion for policing grew from there.

“While I found the work at the Comms Centre to be rewarding, I wanted to be out in our communities working with them face to face,” he says.

“I believe that policing is most effective when we work together with our communities and have their trust and confidence.”

Constable Sarina Clark is a busy mother of three children who has finally chased her childhood dream to be a police officer. Sarina is part Māori and part Samoan, has worked as a case manager for Work and Income for many years, and has represented New Zealand in four different sports codes: Touch Rugby, Tag, Rugby League and Kabaddi, including playing for the NZ Māori Women’s Rugby League Team.

“I am the first person from my family to become a police officer and I know they are extremely proud of me. They are my motivation to be the best version of me, and to turn that childhood dream into reality.”

Constable David Manuel (Ngāti Porou) says he’s passionate about his home and where he comes from – Ruatoria and the East Coast, or as he says “paradise on Earth”.

David grew up immersed in te reo Māori and tikanga Māori, and has pursued careers as a builder and more recently as a police authorised officer. David says he became a police officer to be a role model for youth in his home community.

“I want to challenge myself where I feel I can make a positive change to the community – I aspire to be someone my community, iwi, hapū and whānau can rely on.”

David is posted to Eastern District.

From Iran to New Zealand, Constable Neda Mohammadhasan has travelled across the world with her husband and son to a country where she became determined to be a police officer.

Neda has a degree in industrial engineering and has worked in project management.

Since moving to New Zealand Neda says she has seen how our police officers treat offenders and victims, “so different from the concept of police that I have experienced before.”

Living in Christchurch at the time of the March 15 terror attacks, many of Neda’s work colleagues had family members who were affected.

“Many of them are refugees and they moved to New Zealand for a safe place to live.

“I’m so proud to be part of this police service, where I can help keep New Zealand safe for all New Zealanders and all migrants and refugees who left their countries and moved here for a better life.”

Constable Tane Tuhakaraina (Tainui/Ngāti Haua) has been recognised for his high achievement during the course with the Award for Second in Wing. Tane has been a personal trainer and transmission line mechanic, and has taken up several overseas development opportunities for talented softball players.

“I joined Police to be part of something bigger. A few conversations with current officers, friends and whānau got the cogs turning in my brain towards this career.

"I instantly fell in love with policing during SCOPE – going out on shifts with police officers – and I haven’t looked back.”

Tane is posted to Southern District.

Commissioner Andrew Coster and Police Minister Hon Poto Williams were present at the graduation ceremony. Due to alert level restrictions only some family and friends able to attend the ceremony, while others watched it via livestream.

Previous
Balclutha Police partnerships drive learning
Next
How's this for a great yarn?