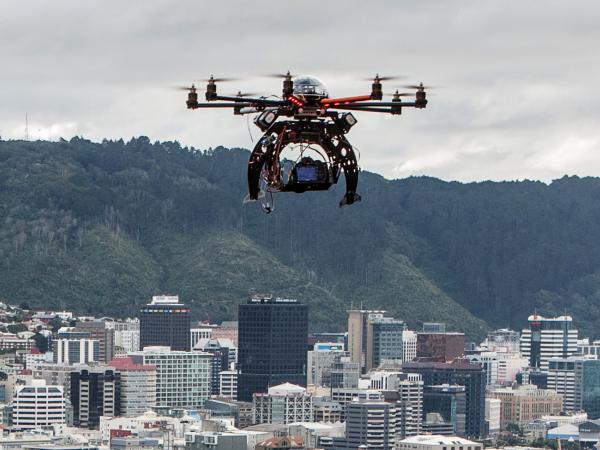 Police and the Civil Aviation Authority (CAA) are working together to ensure a consistent response to problems involving drones.

Drones – remotely piloted aircraft (RPAs) or unmanned aerial vehicles (UAVs) - are firmly in the category of ‘things that weren’t an issue a few years ago’.  But with more and more in use, there’s an increasing chance of Police staff being called to incidents.

A guide to the rules and advice on how to deal with drone-related incidents has been made available to all Police staff through the Police Intranet, and can be accessed on Police iPhones.

While the CAA is the enforcement agency under the RPA safety rules which came into force in August 2015, it is often going to be frontline police staff who deal with RPA events.

Senior Sergeant Darren Russell, of Operations Support, has been working closely with the CAA to ensure a consistent and coordinated approach to enforcement of the rules.

“We’re a 24-hour response organisation and we’re bound to get calls,” he says. “Our staff need to know their responsibilities and remember to liaise with the CAA.”

When police attend drone-related incidents, it will assist the CAA investigation if the operator can be identified and details obtained.

If the drone operation causes a safety risk to persons, property or other aircraft – potentially breaching the rules - police can respond and take all the details for forwarding to the CAA.

The CAA does not investigate complaints involving noise, nuisance or privacy issues.

If a drone is used in the commission of a criminal act, police should consider charging the operator with an appropriate criminal offence and seizing the RPA as evidence. Police should still liaise with the CAA.

The CAA’s Regulatory Investigation Unit – with investigators including former Police staff, pilots and others from the aviation industry – follows up safety-related complaints.

In New Zealand, most complaints have involved drones flying over people or private property – including Parliament and military bases – without permission. Both are prohibited in Part 101 of the rules.

Part 101 also stipulates that drones must weigh less than 25kg, must fly in daylight, can’t fly within 4km of an aerodrome or higher than 400 feet (120 metres), and must not leave the operator’s line of sight. Some exceptions apply.

Part 102 relates to operators who have obtained certification. While they should observe the Part 101 rules, it allows them not to if circumstances make it impossible.

Two recent cases involved referrals from police who observed drone breaches at public events. Operator details were obtained and, after a CAA investigation, infringement notices of $500 and $2000 were issued.