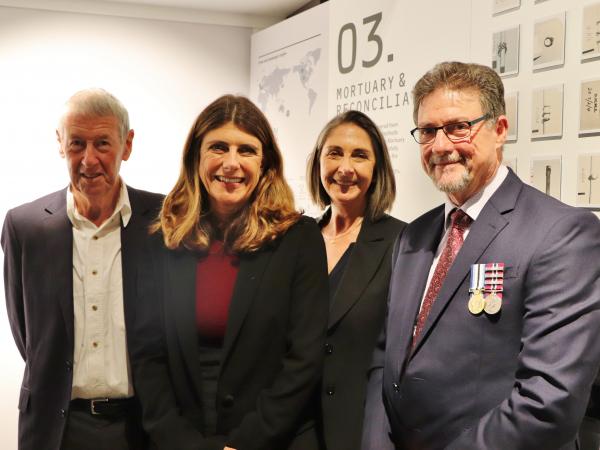 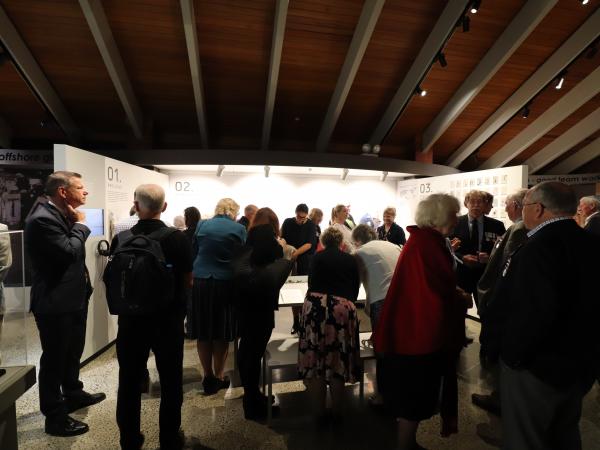 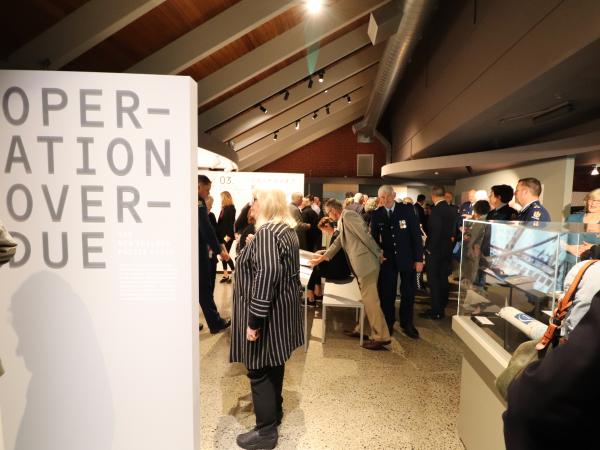 Forty years after the crash of Air New Zealand Flight TE901 on Mt Erebus in Antarctica, some of the Police staff involved in the response reunited at the opening of a commemorative exhibition at the New Zealand Police Museum.

Flight TE901 was on an Antarctic sightseeing trip from Auckland when, on 28 November, it flew into the slopes of Mt Erebus, killing all 257 passengers and crew on board.

Eleven police officers were among the team sent to Antarctica to recover the victims' bodies; more than 120 more were involved in New Zealand, identifying the victims and returning them to their families.

Meanwhile, the magnitude of the disaster and the political and legal repercussions which followed have ensured Erebus has remained firmly in the national psyche in the 40 years since.

Museum Director Rowan Carroll said the exhibition, which canvasses the recovery of bodies on Mt Erebus (the ice recovery phase), the mortuary phase, the cause of the crash and subsequent cover-up, was designed to be both sombre and reverential in tone. It will remain in place until it is updated for the 50th anniversary.

In the years since the crash it had been difficult to get the truth embedded, she noted.

“I am grateful for the opportunity to have played a part in portraying this very significant episode in New Zealand Police history, and to all those who have given their time and their sometimes difficult memories to help us portray it accurately and faithfully."

Among the items on display is the notebook of Captain Jim Collins, who was piloting Flight TE901 when it crashed.

Kathryn Carter, Captain Collins’s oldest daughter - who was present with her sister Elizabeth and daughter Isabella - took the opportunity to thank and commend all those who worked on Operation Overdue.

Police had done and continue to do an incredible job, she said, expressing the Collins family’s satisfaction that their “extraordinary humanity and dedication will be there for the next ten years at least for all to see and learn from”.

In particular she thanked retired Inspectors Greg Gilpin and Stuart Leighton, who the family first met decades after the crash, who “retraumatised themselves so we could understand".

Deputy Chief Executive Media and Communications Jane Archibald, representing Commissioner Mike Bush at the opening, said the work across all phases of the operation was mentally and physically overwhelming. She acknowledged that the repercussions were huge and many remained traumatised by the memories.

While the exhibition could raise those memories “we are confident that recognising the sacrifices and consequences for our staff, and remembering the incredible work they did on that operation, is important”.

Rowan and the museum team had put their hearts and souls into the exhibition, she said, exemplifying the Police values of empathy and professionalism.

Guests at the launch included five of the Police staff and one of the mountaineers involved in the ice recovery phase, and others who were part of the mortuary phase. Retired Inspectors Stuart Leighton and Brett Jones, both involved in the former, are travelling to Antarctica later this month for a commemoration service.