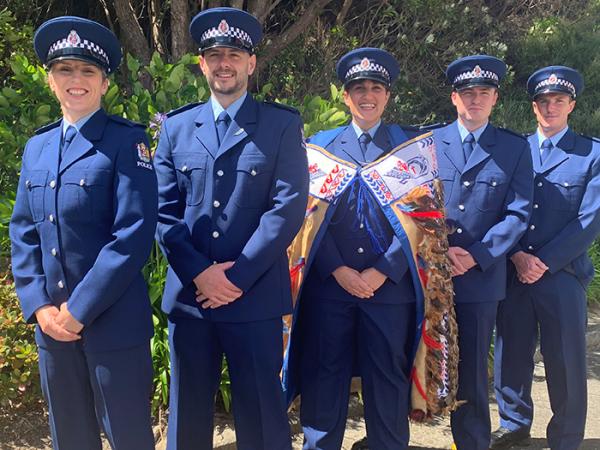 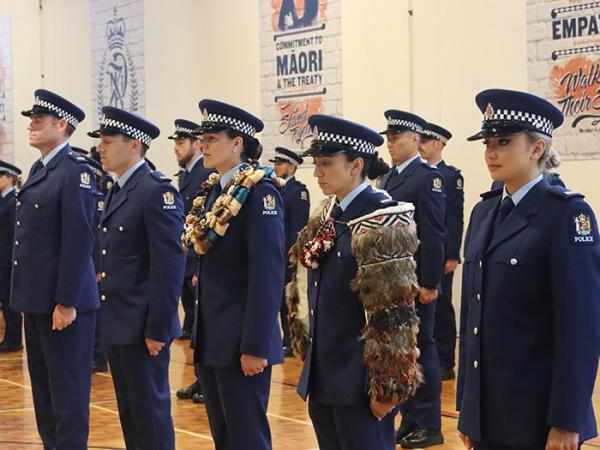 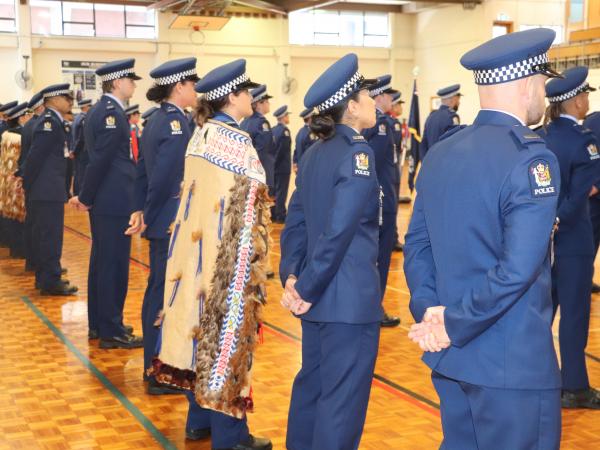 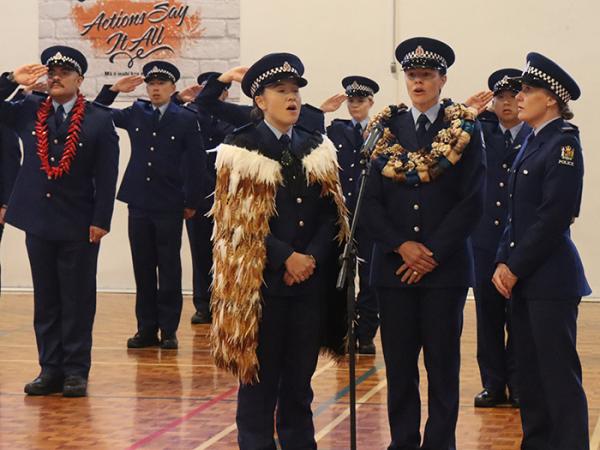 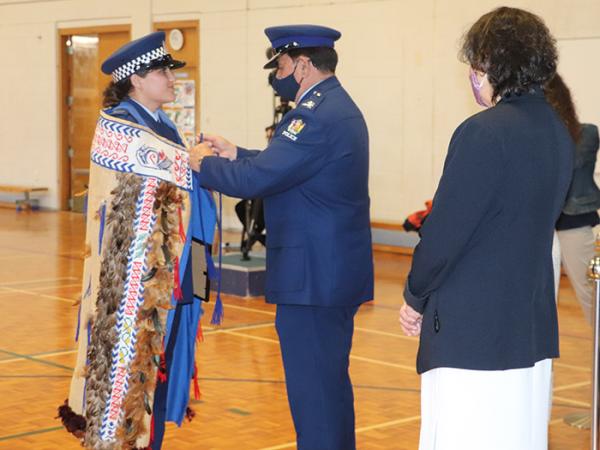 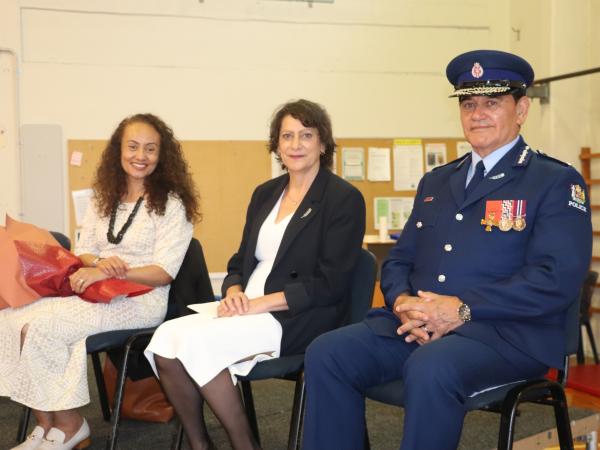 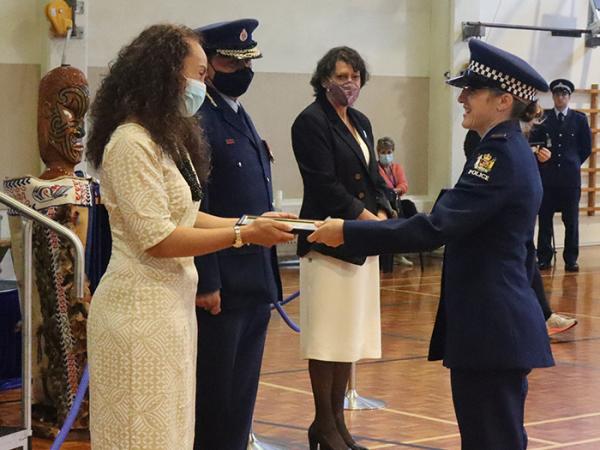 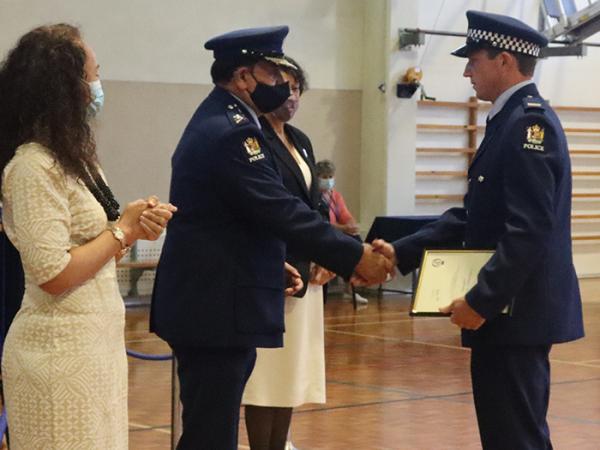 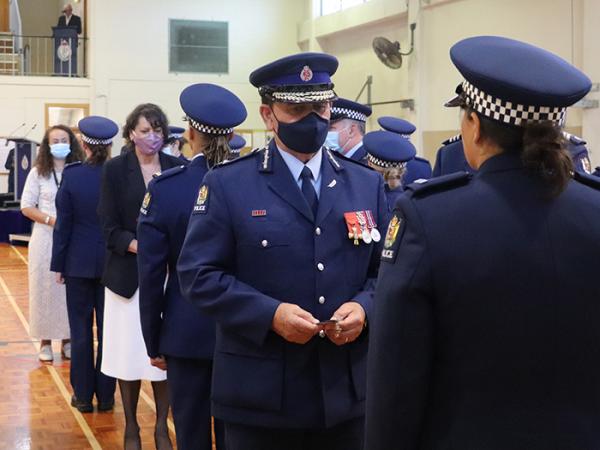 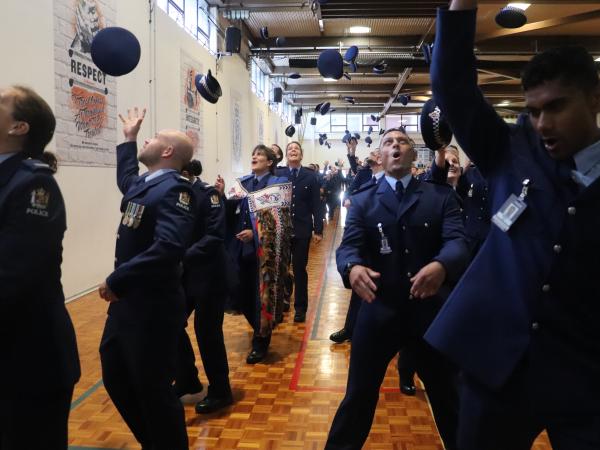 Our newest constables stayed fully focused throughout their training, and the results show it.

Seventy-seven members of Wing 349 graduated on 21 December after 16 weeks of an unusual training programme – eight of those weeks completed by distance learning from home and eight completed at the Royal New Zealand Police College campus.

Regardless of the disruptions caused by a lockdown and COVID-19 restrictions, the wing completed all the academic and practical components of the course, and each of the four sections grew into great teams.

The wing’s five award winners come from across the country.

Constable Jessica Courtney, posted to Waitematā District, came top of the wing – and received the Minister’s Award at the graduation ceremony.

Jess grew up in West Auckland and after finishing high school she studied a Bachelor of Science, which included six months studying in Canada. She then joined the Auckland Transport Operations Centre, working as a network operator. Her work involved dealing with incidents on the road system in Auckland and on the state highway system between Taupo and Cape Reinga.

“It was anything from a cow on SH14 to a serious crash blocking the Auckland motorway,” she says.

This work led her to being interested in a Police career.

“Part of my role was to monitor incidents using CCTV and the Police radio. We were able to help Police by giving them overviews of what they were going to, giving directions, as well as finding and following vehicles of interest.

“I had never thought about joining Police before, but that was the part of the job I really loved and I felt made a difference.

“Now I’m looking forward to working on the frontline where every day is different and I can do my bit to help in whatever way I can.”

Second in the wing, Constable Jenna Stuart, is posted to Canterbury District. She received the Patron’s Award at the graduation ceremony.

Jenna grew up in Christchurch, completed science and engineering degrees, and worked in engineering for over 10 years – but something was missing.

“I felt I needed something more practical and I really wanted to help people, so that’s why I decided to join Police.

“I also want to be the best role model for my two young children and make the community as safe as I can for them and others.”

“I’m looking forward to working with a great team in district, getting to know the community a bit more, and doing something really worthwhile.” 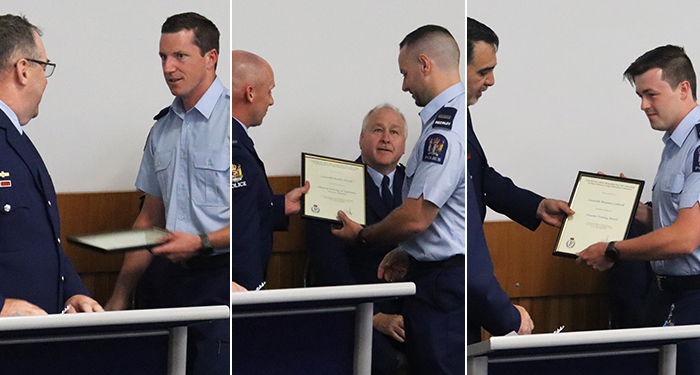 Mike has a background in outdoor education and adventure tourism and has moved around the country working in that field. His last move was to Rotorua where he initially worked in Mountain Bike Patrol as a medic, then focused on providing first aid training and backcountry medical response.

The time was right to join Police, he says.

“I’d thought about applying when I was in my mid-twenties – I got fired up to join by watching Dog Squad – but decided I was too young so I waited another eight years to get some life experience. About 18 months ago I decided ‘now’s the time’.

“For me, being in Police is about helping other people, and helping to create safer communities because there’s a real need for people to be helped.”

As the Leadership Award recipient, Mike was honoured to speak at the graduation to and on behalf of the wing:

“I acknowledge that our journey hasn’t been easy from starting our learning at home, to not having our family and friends here today. The resilience and grit hasn’t been for nothing – it reinforces the people you are, and the people you will be ...

The Physical Training and Defensive Tactics Award went to Constable Bradley Parrish who is posted to Canterbury District.

Brad grew up in Auckland, and is currently living in Christchurch. Brad has a degree in sports management and before joining Police he was working in the fitness industry.

Joining Police, he says, is the right next step where he can continue working with people and helping them.

“I’m really looking forward to the variety that’s part of the job as a frontline officer, meeting new people, dealing with different situations and giving back as much as I can.”

Ben has always wanted to join Police so worked in a variety of jobs while waiting to be called up for training.

“I want to make an impact in my community, and because I’m being posted away from my home town it’s a good opportunity for me to get involved with the community in Counties Manukau and try to make a difference,” he says.

“I’m looking forward to getting to the district, to the teamwork and camaraderie there, getting hands on and continuing to learn.” 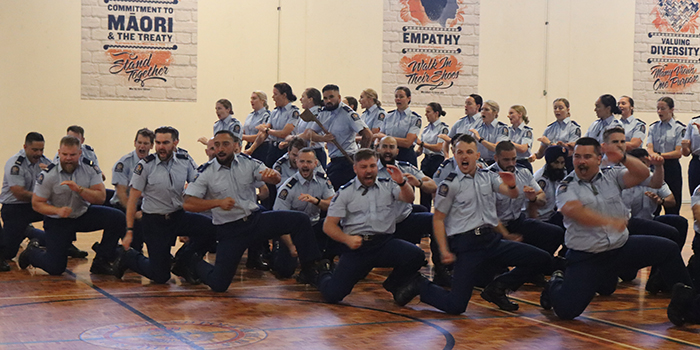 Wing patron Dr Julia Ioane was unable to meet the wing in person until their final week of training, but she stayed in contact with them throughout the wing’s journey, using Webex for regular catch-ups and to offer support.

At the graduation ceremony she talked about the work of a frontline officer:

“Thank you Wing 349 for making the decision alongside your families to serve our communities.

"You are going to have an impact in our communities, but it will be up to you as to how that impact will be. So look after the wellbeing of the communities you serve by looking after your own wellbeing.” 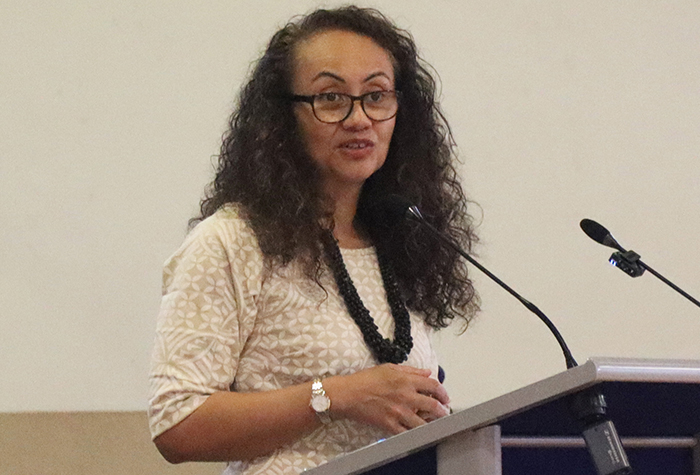 Dr Ioane is a New Zealand-born Samoan. Currently, she is a clinical psychologist and an Associate Professor in psychology at Massey University, and an advisor to Commissioner Coster on his National Pacific Advisory Forum, which guides O Le Taeao Fou – Dawn of a New Day, Police’s Pasifika National Strategy. She is also a member of the Counties Manukau District Pacific Advisory Group.

Dr Ioane has extensive experience working with Pasifika and Māori children and families involved in care and protection and youth justice matters in community and residential placements. In academia she conducts research primarily in the area of trauma, child and youth justice, and teaches in criminal and clinical psychology and mental health.

Many in the wing will begin their frontline duties from 3 January, however 45 of the new constables will get their first taste of the job working on a major operation from 27 December – helping with policing the traffic light system in Northland.

Acting Director RNZPC Inspector Dean Clifford says this deployment is an example of the adaptability and resilience that’s been asked of recruits, new constables, training and support staff throughout this extraordinary year.

“From dealing with distance learning, condensed time for practical training, graduations without family present, and now deployments of recruits, new constables and trainers to Northland, our people have had to dig deep this year. They’ve certainly earned their success.

“I couldn’t be prouder of what they’ve all achieved throughout 2021.”

The wing is being dispersed to districts as follows: 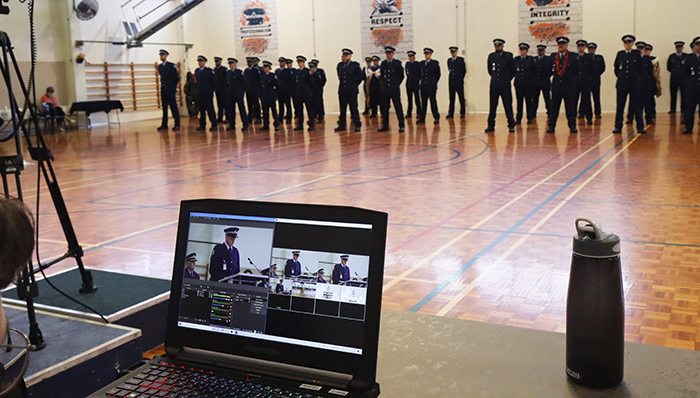 The ceremony was livestreamed to family and friends - the screen shows Leadership Award winner Constable Mike Robertson speaking to the audience.

Previous
Swapping headsets for forage caps
Next
Back from the brink