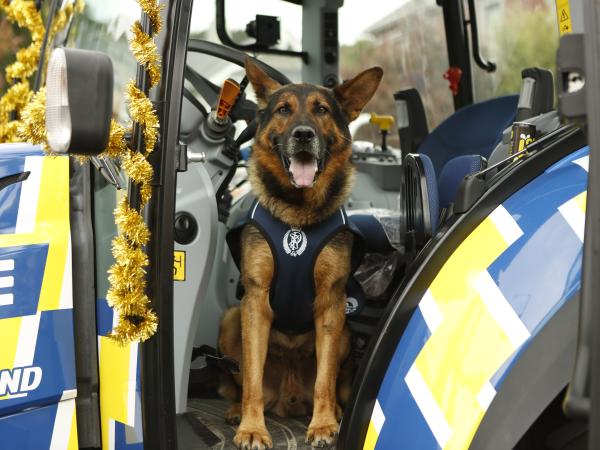 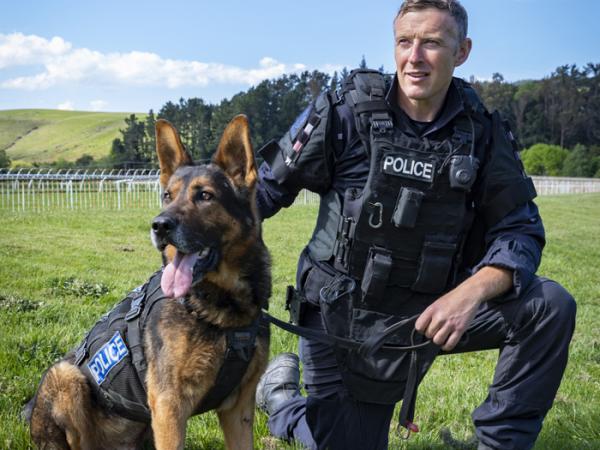 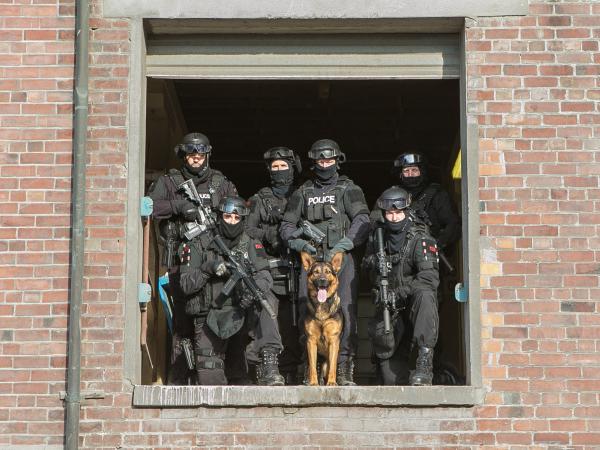 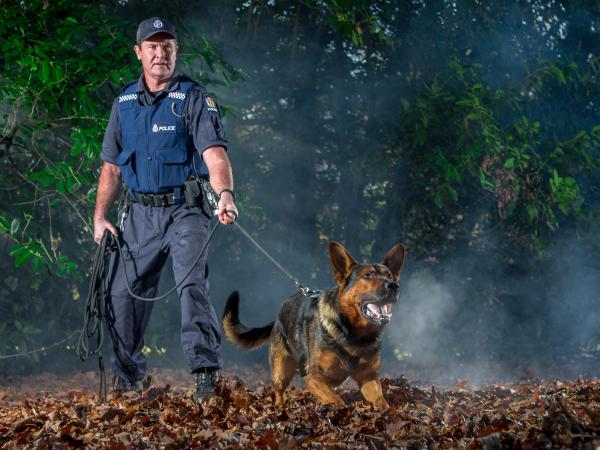 There’s an empty kennel and a big presence to fill as Dunedin’s police dog section mourn the passing of patrol dog Gill who died on Sunday 4 December from cancer.

Gill, 10, was the much loved and respected elder statesman of the section’s police dogs and top canine mate of handler Senior Constable Tim Roy, who fostered him from an eight-week-old pup.

They’ve been together for most of Gill’s well lived operational years, apart from four years when Tim transferred from Timaru to Dunedin Dog Section and Gill stayed in Canterbury where he worked with another handler.

When the pair were reunited in Otago, it was as if they had never been apart.

“He’s been an amazing dog right up until the end," says Tim. "Gill was everything I could have asked for and more as a handler. He was big, strong, fearless, super driven, loved to work and known for his deafening excited howl when being deployed.

“Gill was more than an outstanding police dog. His goofy personality, playfulness and loyalty were what made him extra special.”

“He also thrived as an AOS-qualified dog, and as recently as last month was taking part in AOS callouts and training days [as pictured, below]. 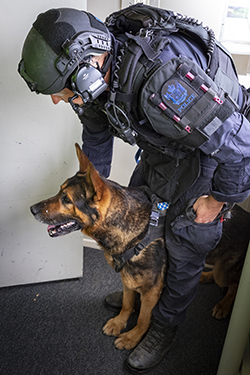 “Old age hadn’t slowed him up and he kept his place on AOS leaving Tim’s younger dog Leo, aged 3, to pick up the active running around for general patrol dog work.”

Senior Constable Reuben Whalley who worked Gill in Christchurch describes him “as a lovely dog” who was able to switch off work while at home to enjoy family life.

Gill had an impressive police canine background. He was born at the Police Dog Training Centre in Trentham on 14 May 2012, becoming an operational patrol dog with Tim on 20 September 2013.

Some of Gill’s siblings included Wellington police dog Gazza, who was tragically killed on duty in Porirua in 2016, and sister Gabby who worked for many years in Waikato.

He’s also fathered a litter of police pups – the ‘S’ litter in 2016, which included Whanganui police dog South, who was fostered and initially worked in Dunedin until transferring north.

“Gill just loved to please his handler, whether responding to jobs or taking part in the softer side of community policing, including community events and Christmas parades," says Mike. "It’s a shame he didn’t get to enjoy retirement."

This special canine’s memory lives on though, as poignantly he features in the 2023 Police Dog Trust Calendar, starring as the face of December surrounded by red Christmassy blooms (below). He previously featured in the 2017 calendar too.

RIP Gill. Thank you for your service. 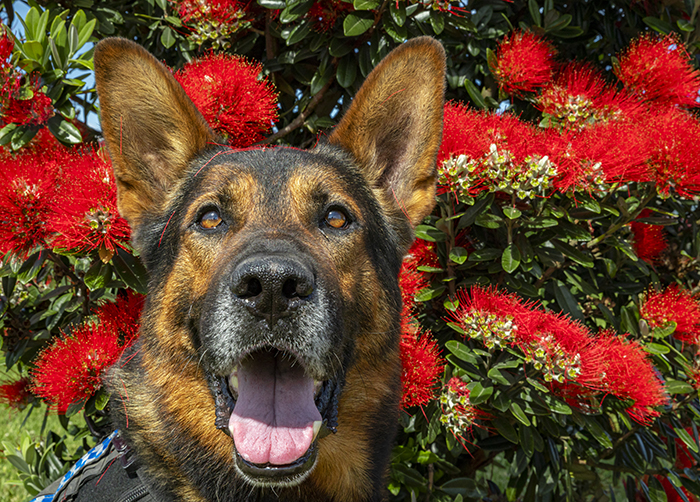 Previous
Waka adventure! (with video)
Next
Make Your Move to Northland