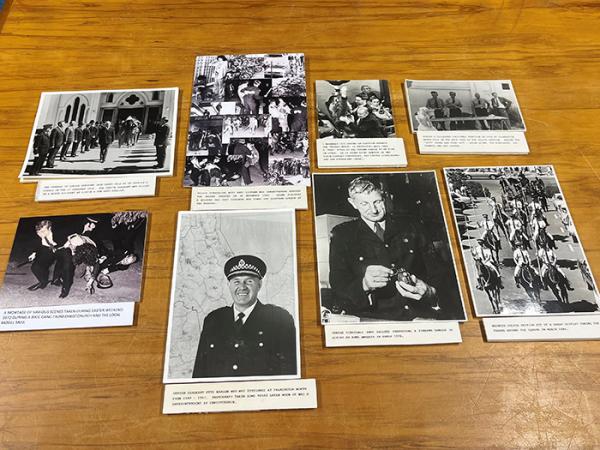 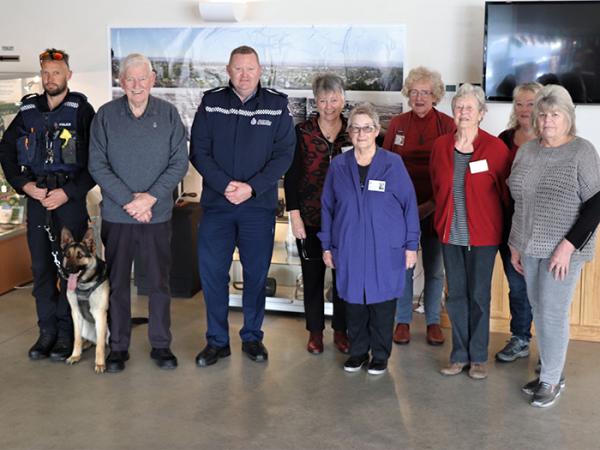 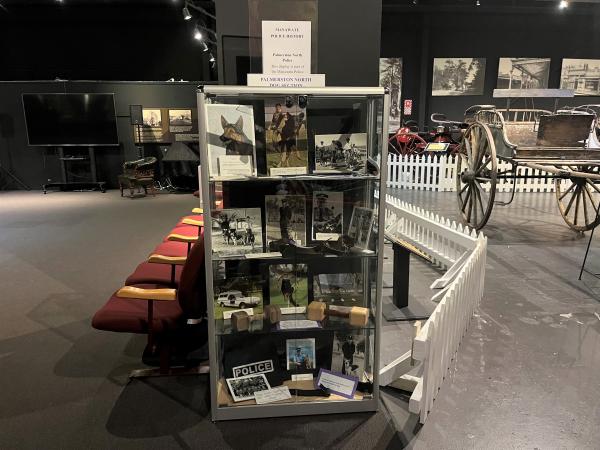 Home > News > Ten One Magazine > Guardians of our history

The archival room at the Feilding Coach House Museum is a hive of activity.

Its awesome volunteers made up of retirees and led by Marilyn Wightman, process documents, photos and other items, carefully recording, scanning, and archiving them to ensure the stories of generations before can be passed on.

One of their major projects was the preservation of the late Senior Constable Ray Carter, QSM Police history collection.

Ray, a keen historian, had amassed a huge collection of Police history from the Manawatū Area. Ray spoke with Inspector Mark Harrison about his concerns for what might happen to his collection when he was gone, so Mark arranged for Police to look after it.

The Police Museum did take and catalogue a significant chunk of Ray's collection, including the legally restricted items. However, Mark says that because of the size of it, they were unable to take it all due to resourcing challenges.

“There were dozens of records and all of the research into local Police history for his book, Beyond the Call of Duty,” says Mark.

“I’m not a history buff but obviously we wouldn’t want to lose these records, photos, and documents.

“We knew our Police Museum was prepared to take them, but they didn’t have the resources to archive all of it.

“I knew someone associated with the Feilding & District Historical Society, so teed up a meeting with them and this is how I met Marilyn.

“They have a group of hugely enthusiastic volunteers who were more than happy to spend invaluable hours scanning and marrying up captions to photos.

“By getting them scanned, the photos could be stored safely and we could use digital copies for any displays.”

It took three car trips to the lock-up where Ray’s collection was stored to remove it all and take it back to the museum in Feilding.

The museum relies solely on public donations and Marilyn and the team received some funding from Police to purchase a Scan Snap machine and other relevant materials.

They spent just over a year digitising and storing the material, which also included the original draft of Ray’s book.

Marilyn says it was a mammoth effort with Ray’s collection starting from 1878 and going up to 1999.

“Ray’s collection was appraised and then preserved and boxed in acid-free boxes,” says Marilyn.

“There were nearly 1,000 photographs and they each had to be put in a photographic enclosure with all the material being digitised and indexed.

“Using the Scan Snap has made our job easier with technology that is made for the purpose of preserving records.

“My favourite part of the Police records was seeing the photos of the different stations and the Policewomen.

“Our team have a lot of experience digitising records and we are currently working on school registers of Lytton St School here in Feilding.”

“We took this Police project on as it fits into our geographical area but also preserves a critical part of Manawatū policing history,” says Marilyn.

“The museum started in 1964 and over time has expanded its collection through community awareness.

“We encourage community groups to store their records here and we already have many in our collection, including the local RSA, Feilding Rotary, and Feilding Bridge Club.

“Our two most prolific queries we get are people looking for family history, and history on clubs and organisations. All the time we help people out and it's one of the things I enjoy about volunteering here.

“We had a lady last week who came in and asked if we had any information on her granddad and she left with a whole lot of stuff.”

Mark says Marilyn and the team have done an amazing job recording our Police history and Ray’s legacy.

“This was a lifetime's work for Ray, so we had to do it justice for him and preserve our history for future generations,” says Mark.

“I’ve been down to the museum several times and the team are working on a variety of community projects and they love it.

“It’s great to see their passion for what they do, and they clearly have a ball every Thursday when they come together.”