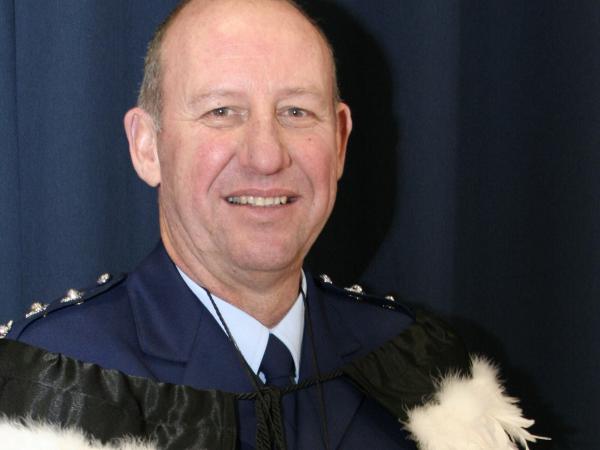 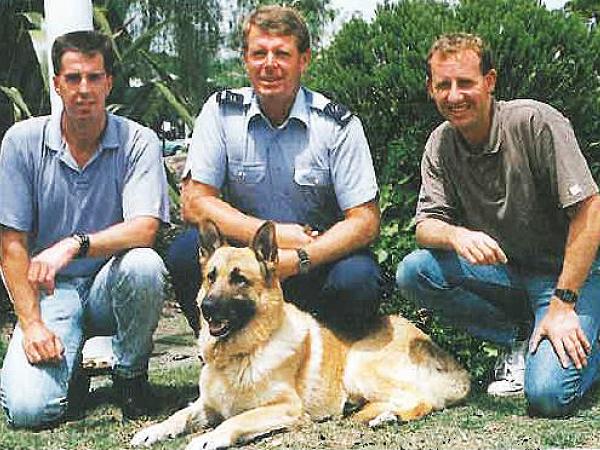 Dave graduated from The Royal New Zealand Police College (RNZPC) in 1983 and was posted to Papakura.

He says he enjoyed his early career in Papakura – but after two years things took a nasty turn when he was stabbed in the stomach while overpowering a burglar.

Despite the potentially life-threatening 15cm deep wound he managed to restrain the offender until other officers arrived.

Six weeks later Dave was back on the beat and, after a few more months on the streets, he joined Papakura CIB.

One high-profile case he worked on was the 1987 homicide of Maramarua publican Chris Bush at the Red Fox Tavern.

“Even though I have worked in different roles throughout the years I have always remained interested in this unsolved case,” he says.

“It was a defining moment for me when two men were arrested for murder [in August 2017] because it not only brought some closure to the case but some comfort to the victim’s family.”

Dave transferred to Whakatäne CIB in 1988. In 1989 he received a Commissioners Commendation for his work in the case of two national Mongrel Mob leaders arrested after a robbery in Edgecumbe.

In 1992 came a celebrated ten-hour dog track, after which Dave and colleagues Paul Carpenter and Brian Parker were dubbed the ‘Indiana Joneses of the Bay of Plenty’.

Brian and police dog Ali, along with Dave and Paul, were investigating a large cannabis plot in dense bush area when Ali found a fresh track and the team set off.

About 10 hours and 30 kilometres later — after navigating sheer drops, steep ravines, rocky overhangs and a kamikaze goat, the day ended in the arrest of two offenders.

“I will never forget this experience,” says Dave. “It was very satisfying to make the arrests after what turned into a big adventure.”

He was promoted to Sergeant in 1993 and Detective Sergeant in 1996. He transferred to South Auckland, where he was in charge of car and property squads and worked on an inaugural gang-targeting squad.

In 1998 he moved to the Western Bay of Plenty. “One highlight was leading the organised crime squad,” he says.

“A lot was focused on illicit drugs and gangs which were issues during that time. We had many successes removing and preventing harm in the communities we looked after.”

In 2004 Dave was promoted to Senior Sergeant, based at the main Tauranga station where as workplace assessor he enjoyed the energy and zest of the probationary constables he mentored.

Two years later he became Officer in Charge of Tauranga South Police Station – where he literally left a mark.

“There was a quote I had heard by famous Irish Statesman Edmund Bourke - ‘The only thing necessary for the triumph of evil is for good men to do nothing’.

“This reflects our police values and also resonates with our message to the public around reporting crime and suspicious activity.”

The quote is still emblazoned on Tauranga South station today. “The ‘See Something, Say Something’ campaign which our Area launched was inspired by this quote,” says Dave.

In 2010 Dave took up the role of Head of School Investigations and Intelligence at the RNZPC.

He played a key role in designing and delivering training for major pieces of legislation — the Search and Surveillance Act 2012 and the Criminal Procedure Act 2011 – and received a Commissioners Commendation for professionalism and commitment in leading the training.

Since 2012 he has been Head of Field Learning and Development, which involved introducing the Career Progression Framework, improving selection and training of potential leaders and bringing more transparency to selection for development opportunities.

“One thing that stands out for me in my time at Police is developing staff and seeing them do well. I am very fortunate to have held roles that have enabled me to do this.”

While Dave is retiring he is not leaving the Police family just yet - he will be working part-time at the RNZPC as a Police High Performance Framework lead, leading implementation and embedding.

“Police is such a great career and there are so many opportunities,” he says. “I couldn’t be happier about my career and what I have done.”

Previous
From arresting officer to mentor
Next
Nau mai, haere mai to Police