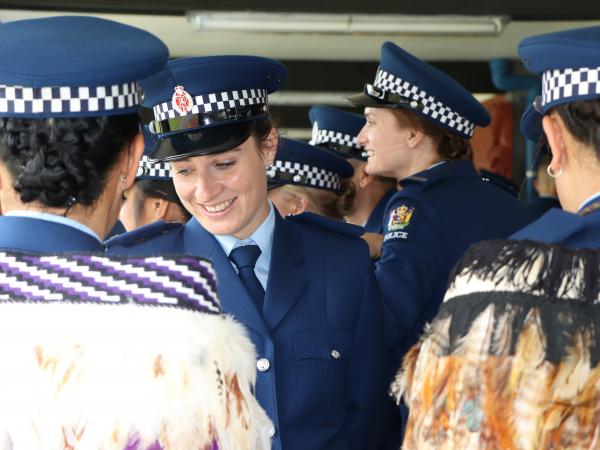 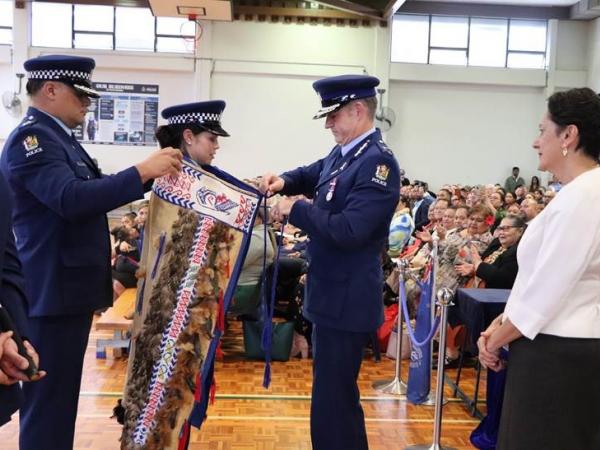 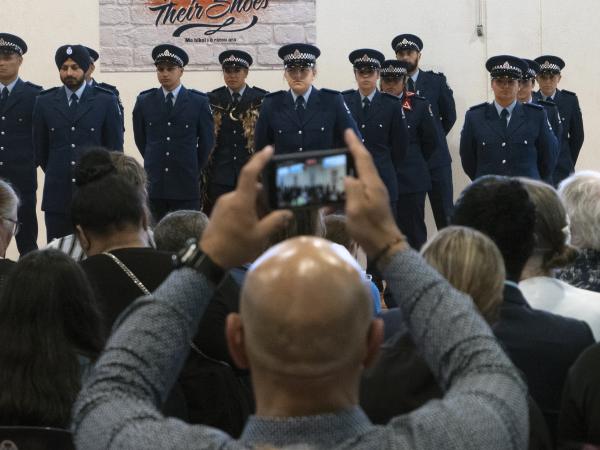 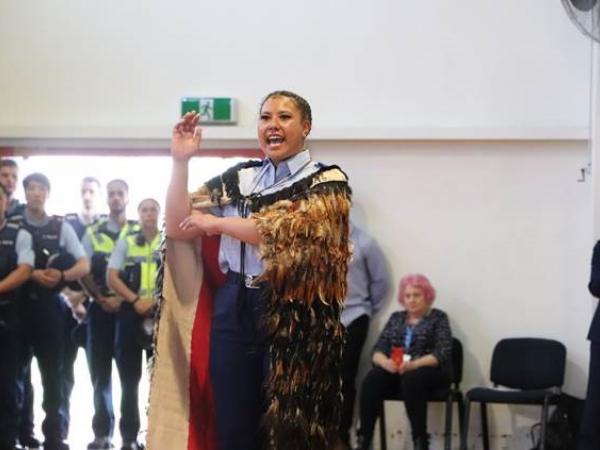 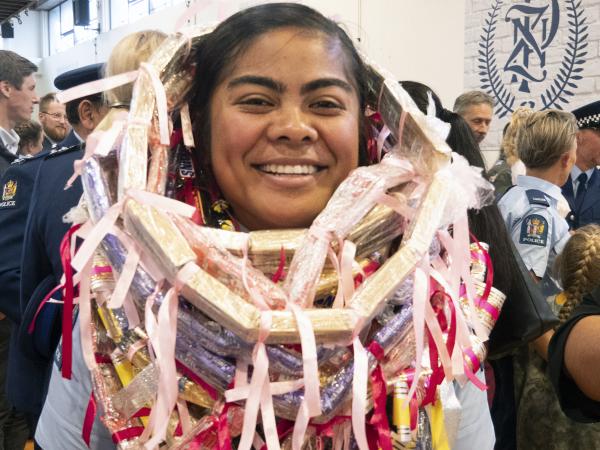 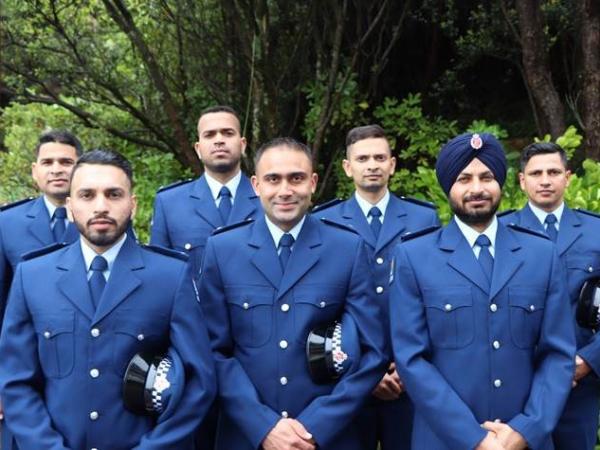 ​For the last time in 2020, a batch of new constables are preparing to join their districts.

Recruit Wing 342 graduated last week from the Royal New Zealand Police College (RNZPC), adding 59 to the 500 constables who had already joined the front line during 2020.

The year saw Police pass the landmark of 10,000 officers; it also saw training significantly challenged by COVID-19, with some wings unable to invite loved ones to graduation.

But there was a lively full house at the RNZPC as Wing 342 proudly paraded in front of Commissioner Andrew Coster, Police Minister Poto Williams and others to mark the end of initial training.

The pride would have been shared in Waitematā District, three of whose new members took the three top awards.

Constable Alice Ander, winner of the Minister’s Award for First in Wing, is joining her father Sergeant Greg Ander in Waitematā.

She says she has a huge passion for people. “I think New Zealand Police is the perfect place for me to combine this passion and my values of kindness and helpfulness and fulfil my desire to make a difference in my community,” she says.

Constable Dominic Malo, winner of the Commissioner’s Award for Leadership, joined Police after more than a decade as a youth development worker, working closely with Police.

In his speech to his wingmates he said, in Samoan ““Ia fa’a muamua, ma ia fai””, meaning ‘Be first, then do’.

“Never forget how you got here, and why you joined Police. Always stand firm at the stern of the waka as you feel the spray of the future biting at your face.”

The third Waitematā winner, Constable Zac Dale, is no stranger to Police, having been part of the Wellington District firearms buyback team, then working as a station support officer at Wellington Central.

Wing 342 had no shortage of interesting sporting backstories. Constable Ella Gunson , a member of New Zealand’s Black Sticks hockey team, won gold at the 2018 Commonwealth Games and aims to compete at the 2021 Olympics.

She has found an alignment between top-level sport and policing in the need to remain calm and make good decisions in high-pressure situations.

She is posted to her home district, Northland. “I’m really passionate about my local community,” she says. “I want to try to help and support this community that has supported me for so many years.”

Rangi, who is posted to Bay of Plenty, says the fact that Police considers itself a whānau encouraged her to join. “Whānau to me means not only support, but protection,” she says.

“I want to contribute to the Police goals to help our communities and whānau be safe and feel safe, and to help develop the trust in Police that I never had as a kid.”

Other sports represented in the wing include volleyball, mountaineering, surf lifesaving, triathlon and football.

Some wing members have relatives serving, or formerly serving, in Police, and some worked for Police in non-constabulary roles. Many have had volunteer roles, from the Student Volunteer Army to Riding for the Disabled.

Wing members are a diverse lot. No fewer than seven were born in India, with others from South Africa, Samoa, Singapore, Ireland and the UK. As well as English, members speak Mandarin, Tongan, Samoan, Afrikaans, Hindi and Punjabi.

This found voice when, before the customary haka, the wingmates linked arms and sang a medley of traditional songs from Fiji, Samoa, South Africa and Tonga: a harmonious expression, devised by the graduates themselves, of the unity at the heart of the haka and the Police whānau.