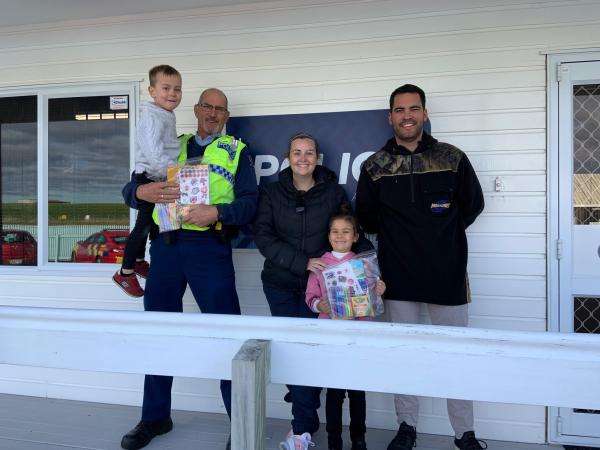 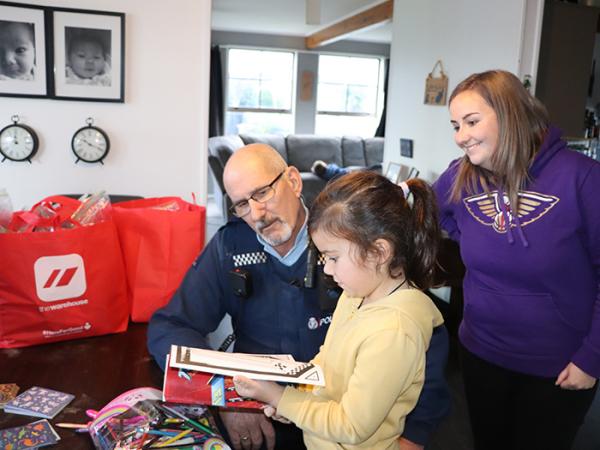 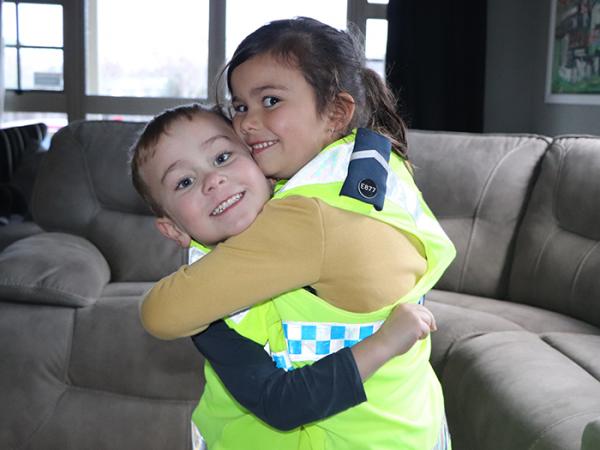 Activity packs for kids involved in traffic collisions is now a growing initiative thanks to the collaborative efforts of a teacher and a Central District Highway Patrol Officer.

The catalyst for the activity packs filled with colouring books, stickers, crayons, felt pens and pencils, was a crash that affected Manawatū secondary school teacher Marie O’Brien and her family.

An oncoming car crossed the centre line and hit their vehicle - thankfully no one was seriously injured but Marie and her husband Tipene, along with their children Beauden (5) and Kiera (7) were left shaken.

Midlands Group Highway Patrol Officer Senior Constable John Ahern was one of the first on the scene and spoke with Marie and Tipene.

“Marie was retrieving her wallet from the car when Beauden quietly asked me to hold his hand,” says John.

“Beauden’s words melted my heart. I held his little hand and then he wanted to hold my other one. This is one of my most memorable moments in my 32 years with Police.”

It was a stressful time at the scene as Marie and Tipene were reassuring their children while trying to give statements to John about the crash.

A short time later, Marie called John with a fantastic idea – activity packs for kids involved in crashes to help distract them and get them doing something positive.

“Kids get bored while Mum or Dad is talking to Police so these packs are ideal. They aim to take the focus away from the event at the time and make kids and their families a bit happier.

"Marie and her family are lovely, and Beauden and Kiera are such cool kids. Her time and efforts on this are to be commended."

Marie collects the items and makes the packs while John kits out patrol cars with them. So far, more than 200 packs have been distributed around 40 vehicles.

John says he attended a crash recently where no one was injured, but a nine-year-old boy was getting in the way while gamely trying to help his grandad load items back on their ute.

“I asked the boy if he would like a pack and he gratefully accepted," says John. "The experience left a big smile on his face.”

Marie started out paying for the packs herself - but as more people came to know about them, donations started pouring in from the public and local businesses.

"John has been awesome to deal with and he has really supported me with this initiative,” says Marie.

“Both of us have never been involved in anything like this before. It’s so simple and we have talked about getting the packs out nationwide. John has said they could help at many types of incidents, so we want to get them out to as many staff as possible.

“John and I want to thank Police staff for their support and those people and businesses that have donated items or money to help make these packs possible – your support is awesome."