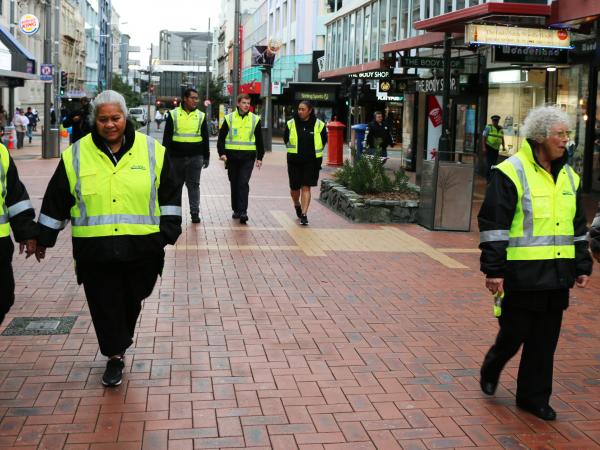 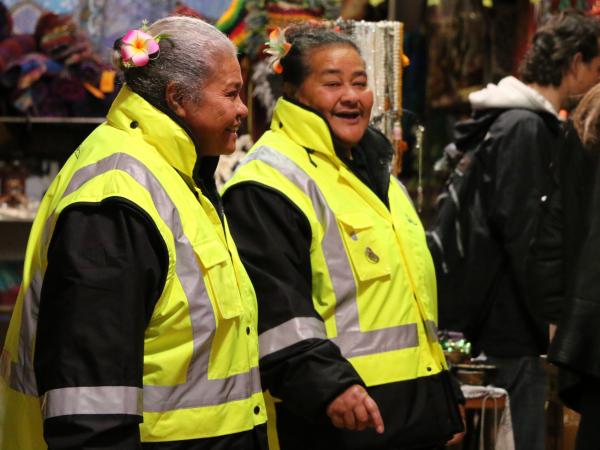 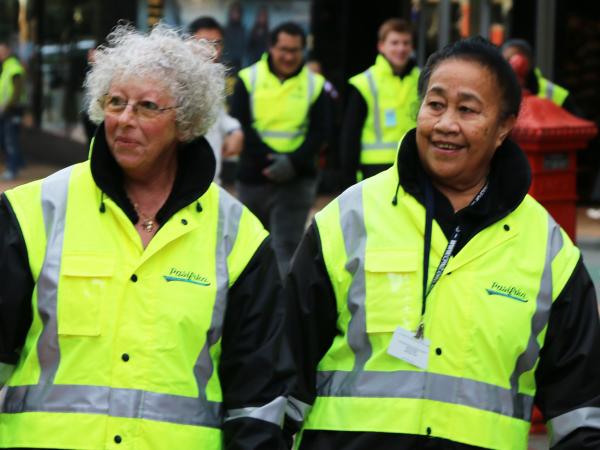 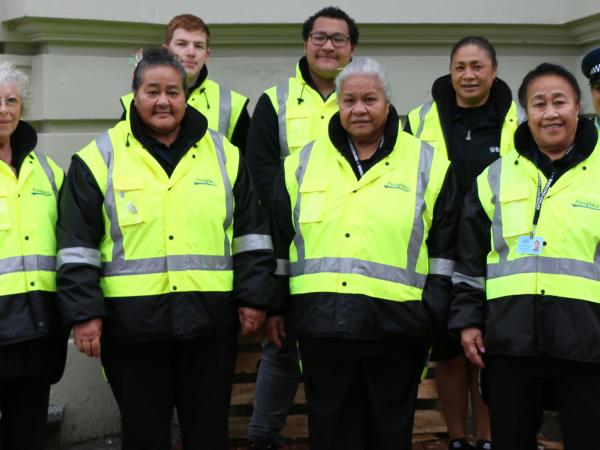 Picking their way through the shoppers, diners, drinkers and buskers, the Mamas are a high-vis, high-profile injection of good humour and sound advice in Wellington’s bustling Cuba Quarter.

The Mamas are the more mature end of Wellington Pasifika Patrol (WPP Inc), and since last month they have been walking Cuba Street on Friday lunchtime patrols.

“We look after our community,” says Upu Laumatia. “I love this. It’s good to know how you can help others.

“Sometimes someone might ask ‘Why are you doing this? Why are you wasting your time?’ I say ‘I’m working to help people and help the police’.”

WPP members are community eyes and ears for Police. In their high-vis vests they are a preventative presence and can quickly call in police in the event of trouble.

They are one small part of the army of volunteers who support Police’s work the length and breadth of the country. To mark National Volunteer Week (18-22 June), Police has made a short video - embedded below - to celebrate their work.

WPP - launched in January 2015 - is a regular presence downtown on Friday and Saturday evenings and at events around the city. They have also been out to Porirua to support their counterparts there with events such as Creekfest.

In 2017 they contributed more than 1000 hours of patrols, training and meetings. They patrolled 12 events in Wellington and Porirua, including Lions Tour events, the Homegrown music festival and community festivals. In the first quarter of 2018 they patrolled at eight events.

As well as Police, they work with groups including Māori Wardens, Ethnic and Community Patrols and Wellington City Council’s Local Hosts.

They receive training from Police in areas such as alcohol harm, tactical communications and threat assessment. No surprise that a number of patrollers have gone on to join Police, as they have from other volunteer groups nationwide.

Back in Cuba Street, the Mamas are chatting to shopkeepers and passers-by. They stop and talk to homeless people who, they say, appreciate someone taking an interest.

Pipi’i Hunt is another Mama who has been with the patrol since day one, having joined to support her daughter – Sergeant Loretta Hunt-Tevaga, Wellington District Pacific Liaison Coordinator, who worked to establish the group.

In the early days, people – particularly young people - didn’t know quite what to make of them, she says. “The first time they were all looking at us and walked away.

“The second time they all came round and talked and we were able to start talking to them about being safe.

Marie Matheos and Nofoaga both have two-and-a-half years with the patrol. “I love these people,” says Marie of her colleagues. “They make you feel so welcome.”

Nofoaga says she loves to feel she’s helping the community. “My kids say ‘Good on you Mum’. We’re over 60 but we try our best. And it’s good exercise.”

“We value their support. We value the work they do, which they do in their own time.” 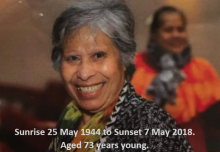 This story and video are dedicated to the memory of Paula Afuie, who died in May. She was a Mama and a member of WPP Inc since its launch.

“On behalf of New Zealand Police and the Wellington Pasifika Patrol Inc we remember her contribution to the WPP Inc and her service to help keep the wider Wellington Community safe. She will be sorely missed by her WPP Inc family.”