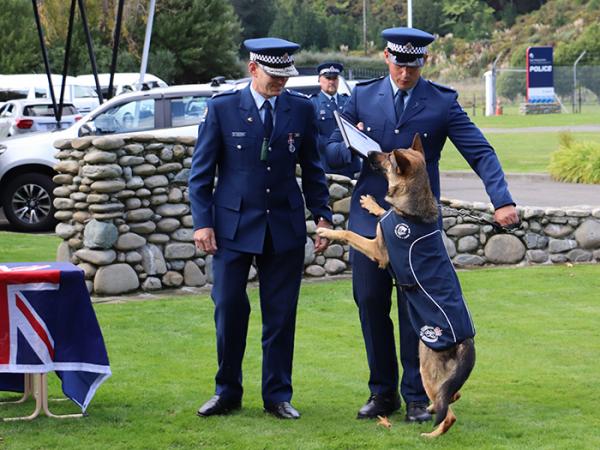 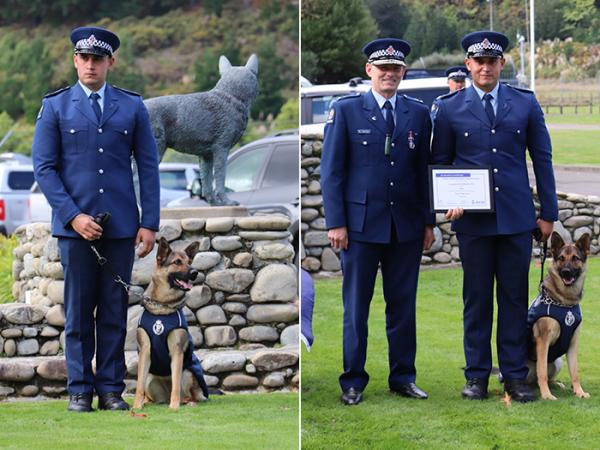 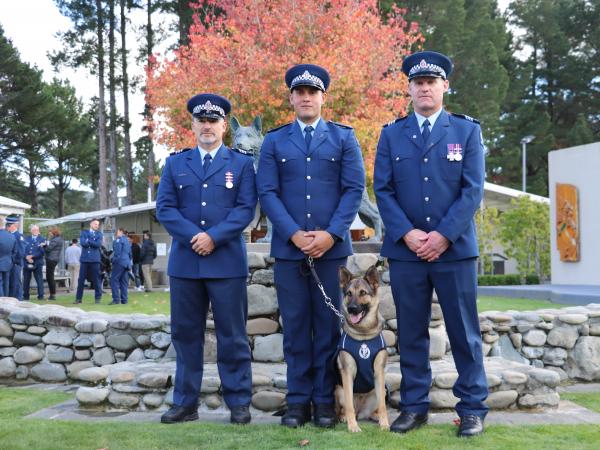 ​She’s fast, keen and ready for action – equipped with four paws, a scent-detecting nose and a police officer as ‘pilot’.

From next week, they’ll be on patrol as part of Wellington Police’s Dog Section, putting their new skills honed from months of training within district and at the Dog Training Centre to good use.

A police officer for nine years, working first in Gisborne before shifting to Wellington, Moses' goal from the outset was to become an operational handler. Along the way he’s fostered three Police pups and was assigned Helo nearly a year ago as a trainee handler.

Moses says graduation was a “milestone day and a great achievement” as not every trainee handler gets to qualify with their first assigned dog.

“Helo’s got a lot of drive, wants to learn, is a lovely tracker, and likes to use her nose so I’m quite lucky in that respect.”

In congratulating the new team, Corrie and Todd acknowledged the hard work, perseverance, tenacity and determination it takes to qualify as operational.

“Handlers and their canine companions selflessly place themselves in harm’s way to not only protect the community but their Police colleagues often working alongside them.

“Sometimes this can result in the ultimate sacrifice.” 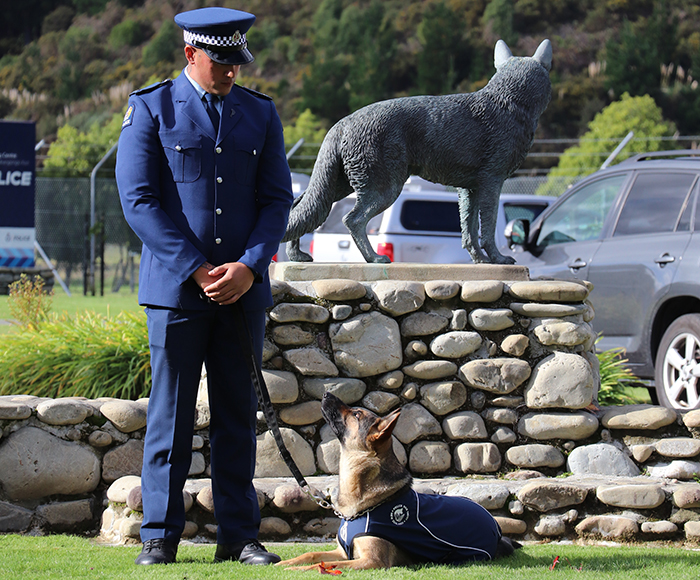