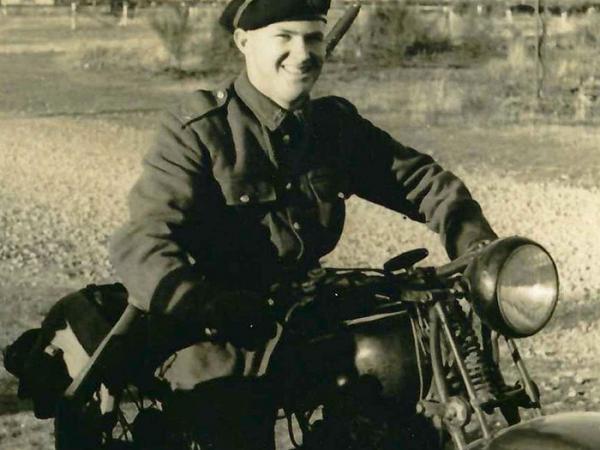 Home > News > Ten One Magazine > Never give up

​After 17 years and a trip halfway around the world, a treasured BSA 1929 Sloper motorbike has been reunited with the New Zealand family it was stolen from.

The story begins in 1945 when serviceman Francis Gluyas bought the 500cc motorbike in Invercargill on returning from Second World War service as a Royal New Zealand Air Force aircraft mechanic, based in Singapore and the Pacific Islands.

He covered many miles on the BSA, sometimes with a mate. After many road trips around New Zealand, Francis used the motorbike on his South Canterbury farm. In 1974, Francis and his wife Margaret, along with their four children, moved to a rural address at Waitomo.

The motorbike was stowed away until 1996, when the family had it restored by well-known Te Awamutu motorbike restorer Ron Carpenter.

Sadly, in 2005 it was stolen from a shed at the family’s property at Waitomo Caves. 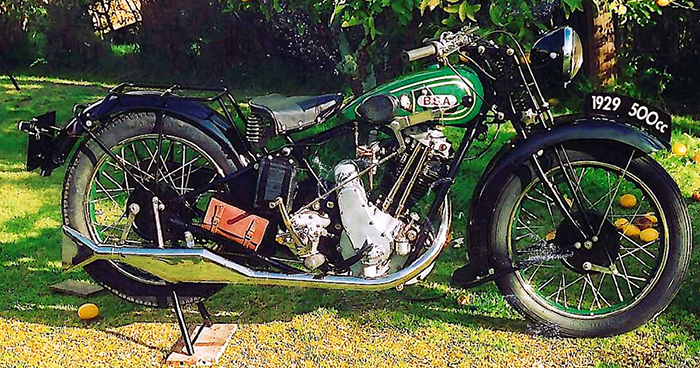 The BSA in magnificent condition after its 1996 restoration by Ron Carpenter.

Feilding Senior Constable Allan Wells, who was working in Te Kuiti at the time, attended the scene and worked with the Gluyas family, including Francis's younger son Ken, following every lead possible to try to find the motorbike.

“The family still had the original motorbike ownership papers in their possession and held onto them, just in case,” says Allan.

“I know Ken and the wider family have never given up hope of finding it and they have been doing their own sleuthing on the internet to find any evidence of the motorbike and where it might be.

“At the time the motorbike was stolen it was fully restored and a collector’s item. I recall that it was one of three of that model Sloper registered at the time in New Zealand.

“Over the years I have stayed in touch with the Gluyas family and kept them updated on any leads we received. Because of the rarity of the motorbike, I kept a copy of the file thinking it would one day turn up.”

Fast forward 14 years to December 2019 when Ken, who now lives in Australia, had a stroke of luck.

While on holiday in New Zealand visiting his sister in Cambridge, Ken had some time to kill and did some more searching for the motorbike on Google. This time around he came across a motorbike that looked remarkably like their one, but it was in the USA.

“I thought to myself, could it really be the family motorbike?” says Ken.

“As luck would have it, the Google search led me to a USA motorbike auction site in Phoenix Arizona, where I came across 10 photos of a motorbike that had a remarkable resemblance to my dad’s.

“I tracked down those involved in the sale and purchase of our motorbike, and I discovered that a collector had paid US$20,000 to the auction house and the motorbike was now in New York.”

Once Ken was satisfied it was their bike, he contacted Police in Ōtorohanga and Sergeant Andy Connors (now retired) contacted Allan.

Allan says he worked with the Gluyas family and the American authorities through Interpol over many months to get the motorbike returned. 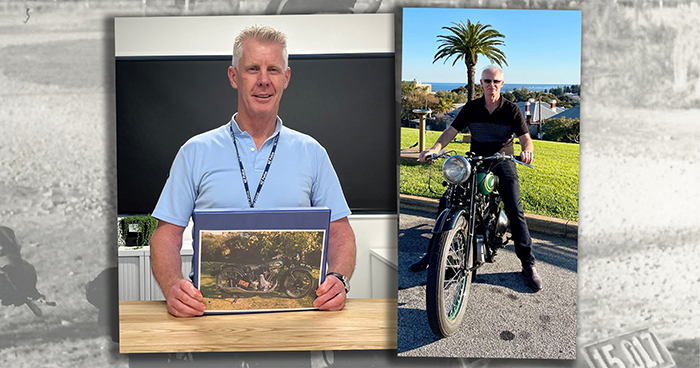 Senior Constable Allan Wells with his file on the case, and Ken reunited with the treasured Sloper.

“We liaised with the auction company that sold the motorbike and the individual who purchased it in good faith,” says Allan.

“At the same time, we identified that one of the photos revealed the engine number, which had obviously been altered.

“We ascertained for this BSA Sloper model that the engine number should only have one letter followed by four digits – an extra number and letter had been stamped on to the engine, and the original letter had been altered.

“This fact alone was the catalyst for the American owner to accept that this was indeed the stolen Gluyas family motorbike.

“This is when I liaised with the American authorities through Interpol and the lawyers representing those involved in order to prove ownership and proof of identity.

“Looking at previous similar cases, it’s not often you get classic cars and motorbikes back in one piece or at all.”

Two-and-a-half years and a few thousand dollars later, the motorbike is now back with Ken in Australia.

“Someone will know who stole the motorbike back in 2005 but I don’t really care any more,” says Ken.

“Our family are very appreciative of the work that Allan put in – without it the BSA would more than likely still be in the USA.

“We can now show our grandchildren the motorbike and tell them all about its history.”

Allan says Police had a suspect in mind but never had enough evidence to pursue the matter.

“The individual who stole it is likely still around and I hope they get to see this story and reflect on the heartache they caused,” says Allan.

“I know how much the motorbike means to Ken and his family and I’m very pleased that it’s back where it belongs. To have held on to the file all these years and to have this outcome is very rewarding.”