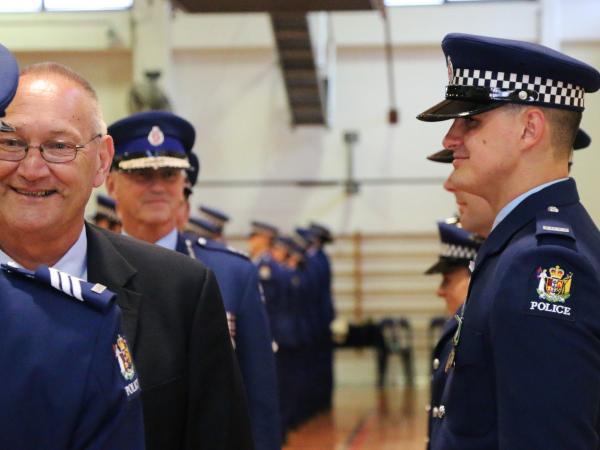 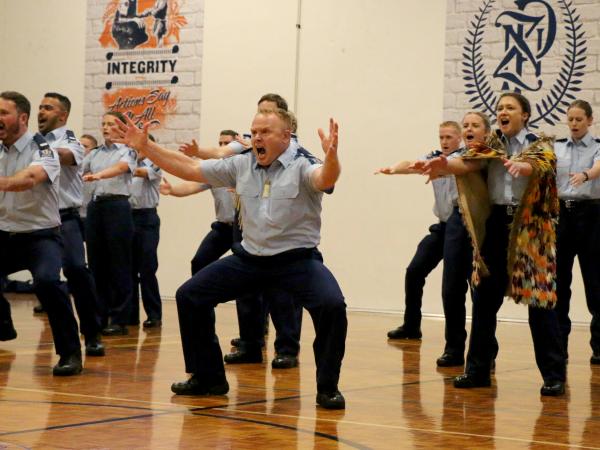 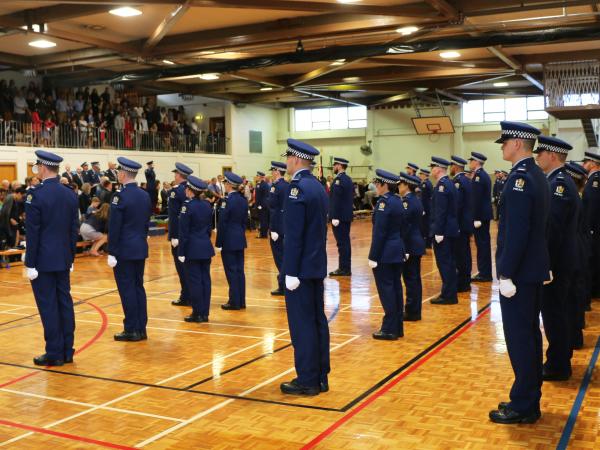 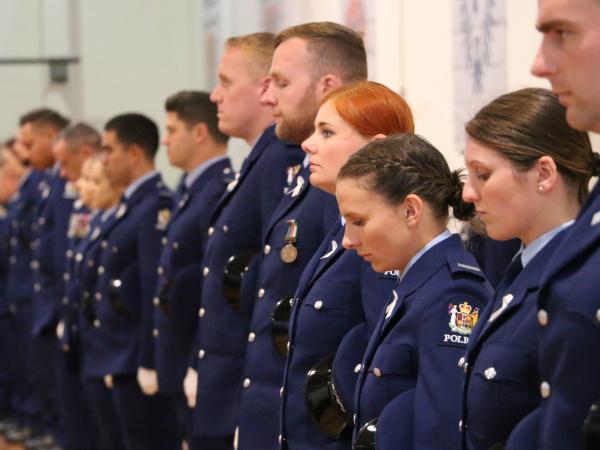 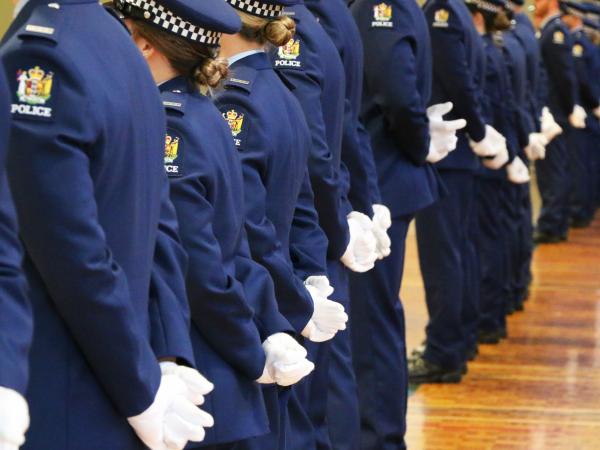 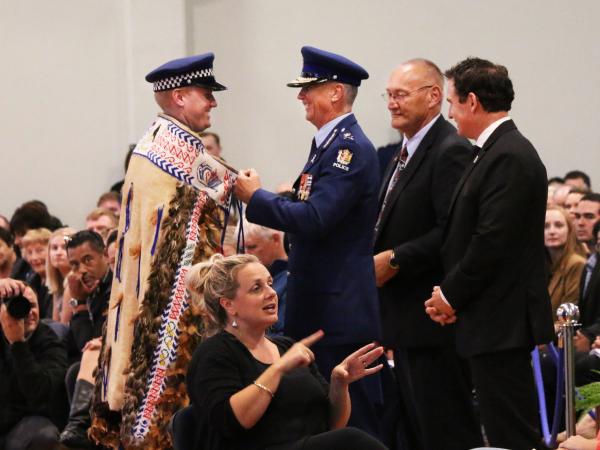 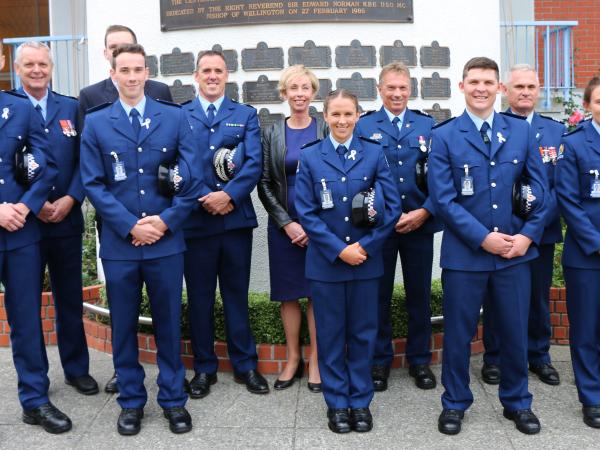 Māori leader Sir Mark told the wing that as their patron he was proud of them and as a citizen wished them the best as they went into their communities “for the betterment of us all”.

“You have a hard road ahead,” he said. “You will see some of the good parts of life; you’ll also see a lot of the bad parts as well. I know we are going to be proud of Wing 312.”

In a number of cases, the new graduates are continuing proud family traditions.

Chris said it was a poignant and proud moment for the Scahills. “I’m reflecting that it has been 30 years and 202 wings since I graduated with Wing 110 and it’s great to see how far we’ve come – and yet how the important things remain the same.”

Tim said he had loved every minute of his time at the RNZPC. “Never in my life have I been happier to get up at 6am.”

Mark said policing was a career Ryan always wanted to follow. “It’s a very proud day for the family and a chance for Ryan to realise his dreams. We know what the career has given us and what the job has meant to us.”

The graduates comprise 40 men and 19 women, aged between 18 and 54. Members have diverse backgrounds including military service; one is a former Olympic weightlifter; and one an international cheerleading champion. New Constable Piper worked on the production team for TV shows including Dog Squad.