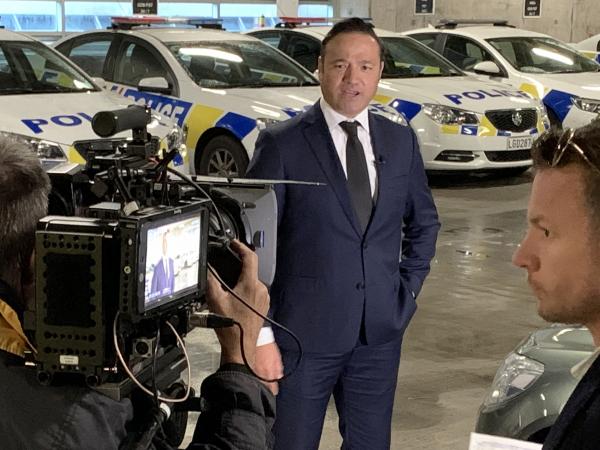 After six years and more than 240 episodes as Police Ten 7 presenter, Tauranga’s Detective Sergeant Rob Lemoto is as passionate as ever about the programme’s value to police and crime victims.

“Doing my best for police and people, especially crime victims, motivates me as an investigator,” he says. “Police Ten 7 works and gives viewers a great opportunity to help us with information.”

The long-running popular series is now in its 28th season, with Rob taking on the presenter role in September 2014.

COVID lockdowns and alert levels presented challenges last year for the Auckland-based Screentime NZ production crew in meeting tight Thursday deadlines - but all episodes aired on time with the presenter providing voiceovers from a ‘pop-up’ sound booth set up in Tauranga to comply with travel restrictions.

Quick work by Police and Screentime meant some back-up ‘crime of the week’ segments were filmed hours ahead of lockdown, ensuring less than a handful of episodes went to air without the filmed on-location public appeal component.

In all, 145 crime cases including ‘wanted to arrest’ cases featured last year, with 78 arrests. At least 20 of these were directly related to Police Ten 7 viewer information.

“The results can be quick, or the information can take a lot longer as people mull over what they’ve seen or heard,” Detective Sergeant Lemoto says.

“One of the strengths of the series is the care taken with crime victims or their families. We’re all motivated to do what’s right for them.”