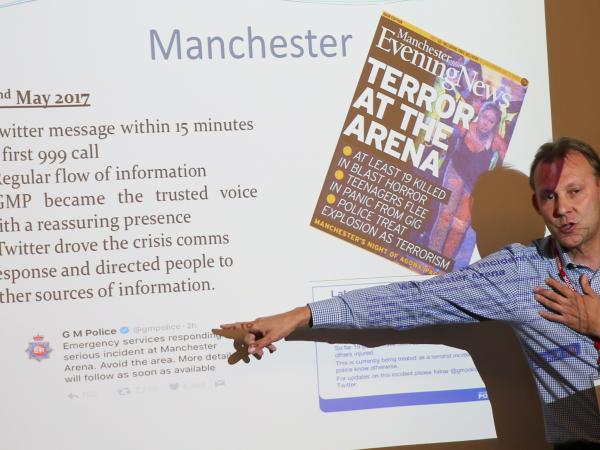 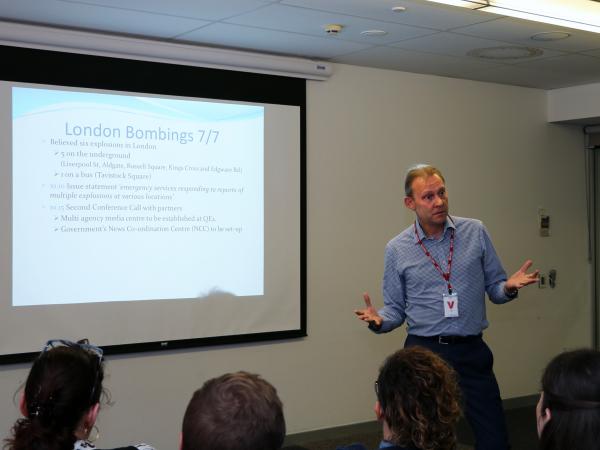 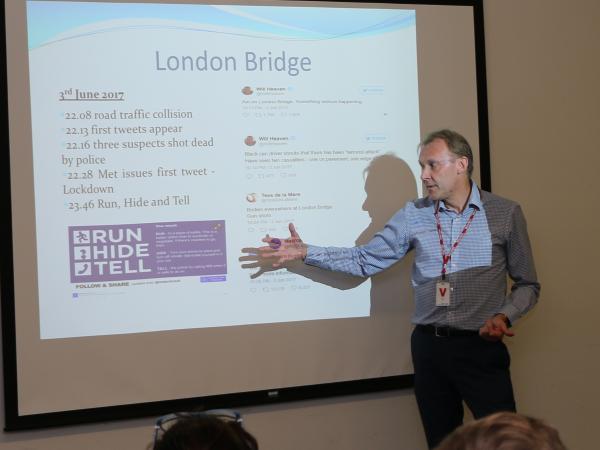 When it comes to disaster management, forget the so-called ‘golden hour’ – these days we have 15 minutes to get our communications under way.

Chris Webb, who worked in communications for the Metropolitan Police for nearly 30 years, says social media has transformed the process of getting messages out after a disaster.

“News stories change every 30 seconds at the height of a disaster,” he says. “Statutory bodies have about 15 minutes if they want to retain credibility and be a trusted source.”

Chris, former Head of News and Acting Director of Media and Communications for the Metropolitan Police, spoke to members of Police’s Public Affairs team while visiting Wellington for an Emergency Media and Public Affairs conference. 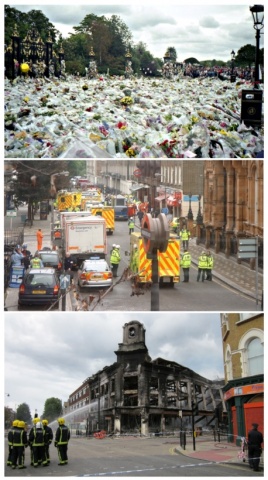 Among events Chris dealt with were the fallout from the death of Diana, Princess of Wales in 1997, when more people flocked into London on a Sunday than on a normal working day; the 2004 Asian tsunami; the 7/7 tube and bus bombings which killed 52 in 2005; and the 2011 London riots.

In the case of the 7/7 bombings, he says, the Met had a message out within 17 minutes - a simple statement that police were responding to reports of an incident at Aldgate tube station.

“You don’t have to write a book. It’s about giving the public reassurance that you know what’s going on and you’re in charge.”

As the attacks dominated media coverage, comms ‘business as usual’ was cancelled. “If someone phoned and said ‘Can you tell me anything about that robbery?’ the answer was ‘No’.”

In 2005 there was next to no social media. Now emergency services no longer control the story: members of the public post their own versions - as many did before the Met’s first statement after the London Bridge terror attack in June.

However, research shows the public still trust what they hear from the emergency services.

“Effective public information saves lives. If you don’t get that right, people will die.

“Not knowing what to do, how to behave, where to go, just compounds the impact of a disaster.”

After the Grenfell Tower fire, which killed at least 80 people in June, the Royal Borough of Kensington and Chelsea, the local council, was overwhelmed, too slow to ask for help and had an emergency plan that was not fit for purpose.

The tragedy was worsened by the borough’s inability to provide public information and reassurance.

Chris says it failed to identify its key audience – people fleeing their homes – and the best way of reaching them, opting for social media when many of them were without phones or other technology. Better to circulate posters or leaflets or send out people in high-vis to provide street-level information.

One key to success is preparation in advance – and Chris cites the mantra ‘Failing to plan is planning to fail’.

“Why wait for something to happen? Have those discussions now about the type of information you can put out in those early stages.”