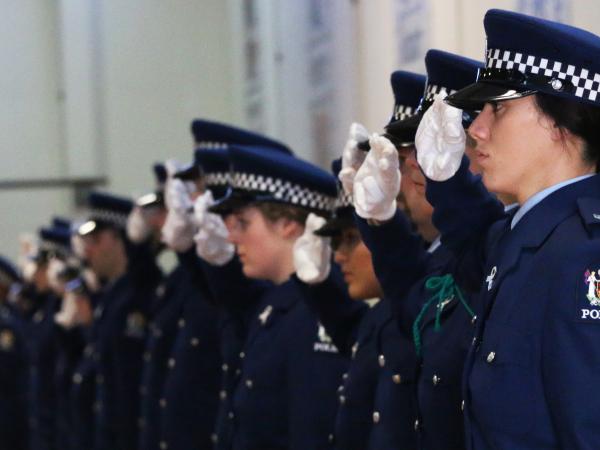 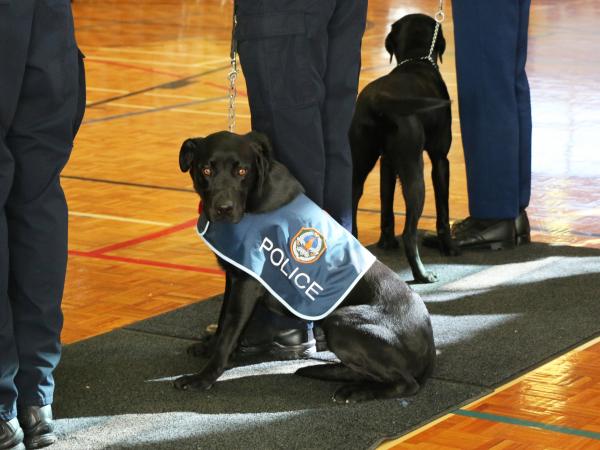 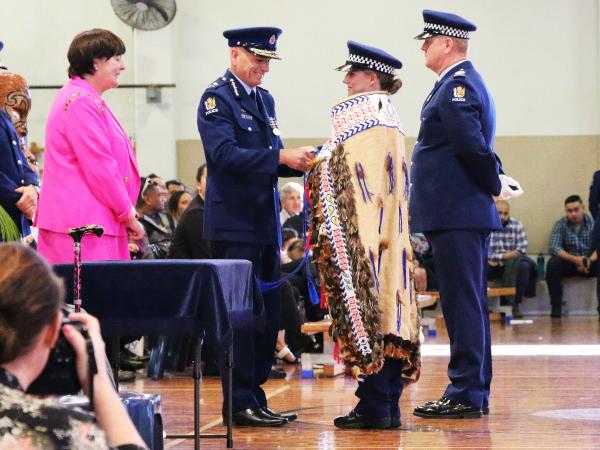 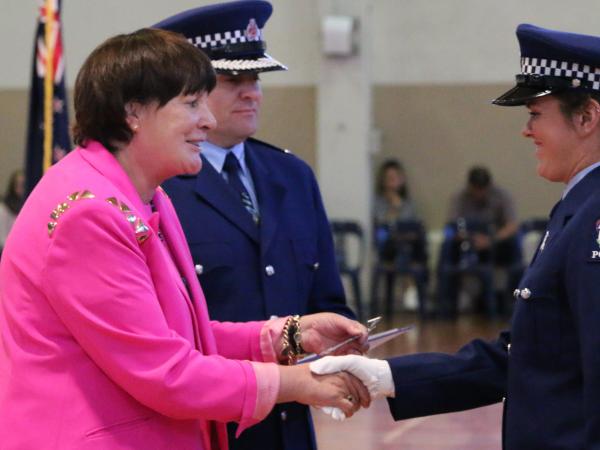 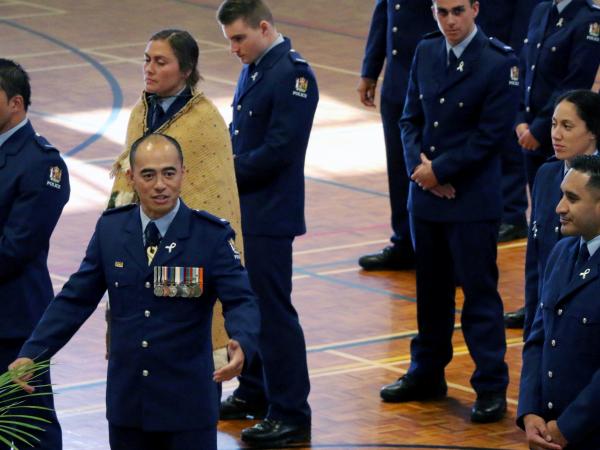 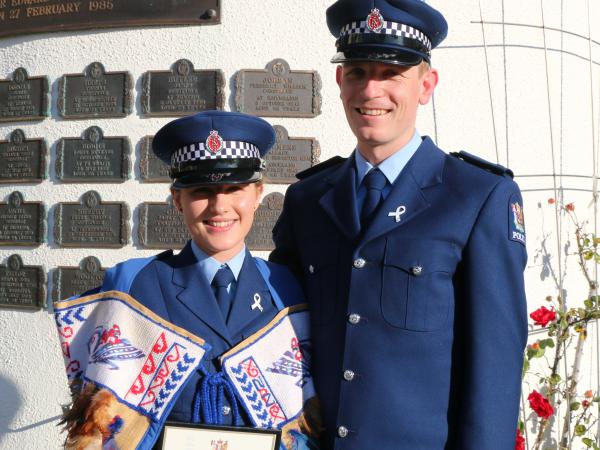 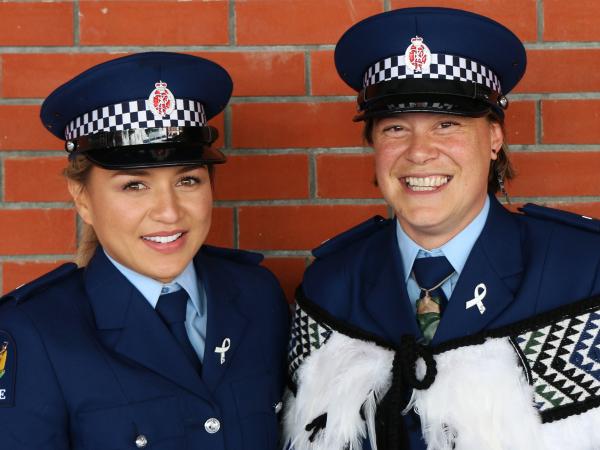 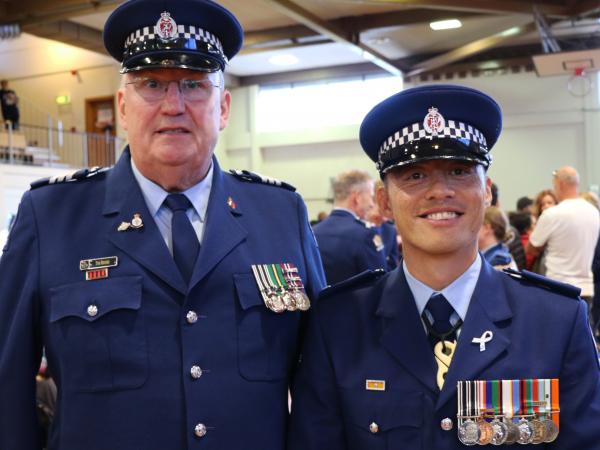 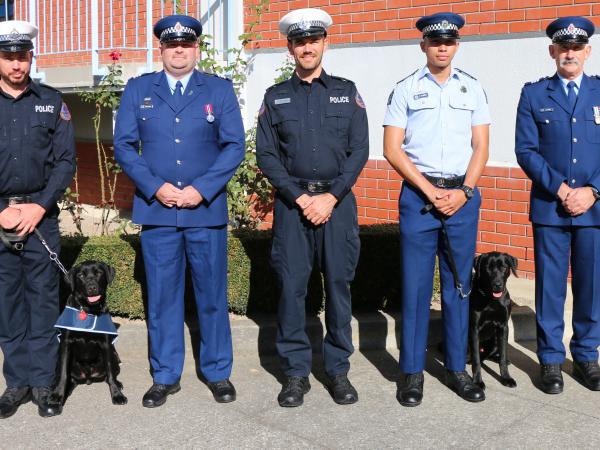 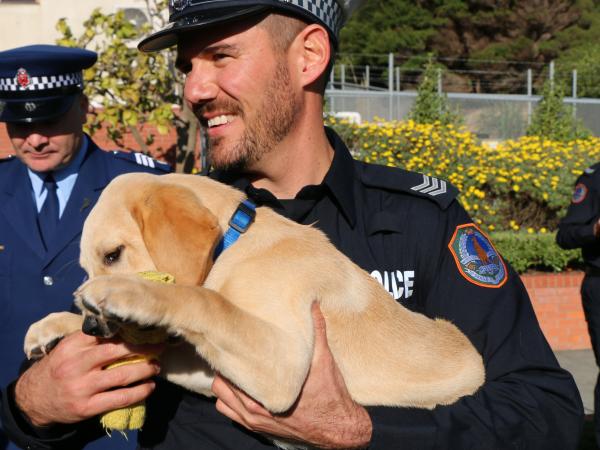 Home > News > Ten One Magazine > Our time to make a difference

The new constables, who join districts across New Zealand, shared the spotlight with two talented brothers - drug detector dogs Hugo and Hoss - who are heading overseas.

There was standing room only – and not much of it - as Deputy Commissioner Mike Clement welcomed the graduates to “the most varied, challenging, demanding yet most rewarding career”.

Wing Patron Helene Quilter, Secretary of Defence and Chief Executive of the Ministry of Defence, praised the graduates’ exceptional character.

“Each of you joined Police because you believed you were up to the task of protecting the people of New Zealand and upholding the law,” she said. “Today we are here to recognise that you have proved yourselves equal to the task.”

Constable Christine Smith, winner of both the Patron’s Award for second in wing and the Commissioner’s Award for Leadership, urged her wingmates to “step forward bravely from today”.

“It’s now our time to make a difference,” she said.

Valuing Diversity was to the fore as graduates from different ethnic backgrounds stepped forward before the traditional haka to each give a greeting in their heritage language.

After the ceremony, Constable Brita Rollinson-Hayden admitted marital rivalry had helped her to the Minister’s Award for first in wing - her husband, Constable Daniel Hayden, won the same award when he graduated last year.

“I’m quite competitive in a healthy way,” she said. “I put a bit of pressure on myself but I couldn’t have got here without Dan’s support.”

Brita is posted to Henderson, Waitematā, while Daniel is over the district boundary at Avondale, Auckland City.

"I can’t wait to make a difference and contribute to making New Zealand the safest country,” said Apii.

Sergeant Tom Brooks, from Whakatane, was attending his second ever graduation in his 32 years of making a difference.

The first was his own, with Recruit Wing 100 in 1986. Yesterday, 213 wings later, he was there to see son-in-law Constable Jason Wharewera graduate.

It was a proud moment, he said, as he watched Tauranga-bound Jason lead the haka.

Jason, who met Tom’s daughter Nicole when they both served in the Defence Force, said the graduates themselves suggested the multi-lingual greeting. “We come from a lot of cultures,” he said.

Labradors Hugo and Hoss were bred and trained as narcotics detector dogs at Police’s Dog Training Centre at Trentham.

Auckland dog section supervisor Sergeant Steve Pike, who has been on deployment in Australia to help his NT counterparts, was there in support.

Inspector Todd Southall, National Coordinator of Police Dogs, said the graduation was another milestone in Police’s work to help build dog capability in the Northern Territory and in the Pacific.

“It’s about helping protect our neighbours and protecting our borders,” said Todd.

Previous
Restorative justice, online and free
Next
Welcome to the whānau!