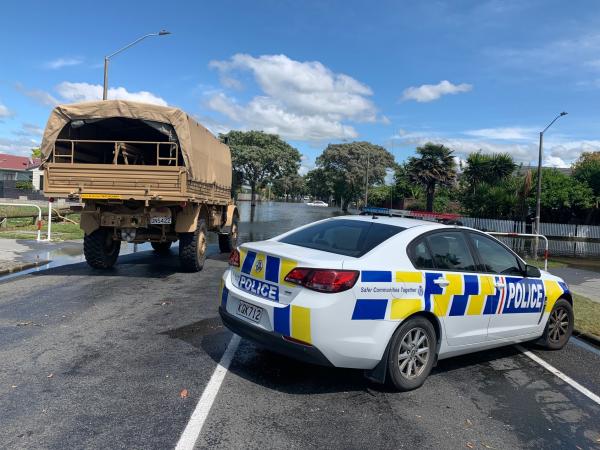 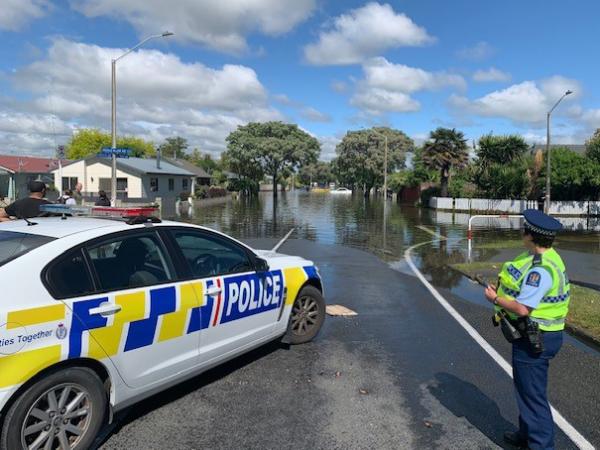 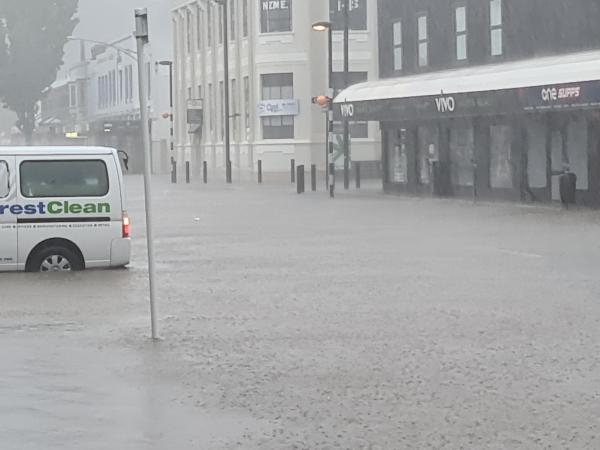 Police in Hawke’s Bay are out in force undertaking reassurance patrols around the flood-affected suburbs of Napier after record downpours on Monday night, with more rain forecast later today.

More than 219 millimetres of rain fell between 9am and 9pm yesterday, with 60 millimetres in one hour. The storm is reported as a one-in-250-year event.

Napier Mayor Kirsten Wise declared a state of emergency in the city late last night because of the widespread flooding, with residents told to shelter at home and avoid driving where possible.

While the sun is out today (Tuesday 10 November), more rain is forecast late this afternoon.

The District Command Centre (DCC) put on a night shift last night and moved its operations to the Hawke’s Bay Civil Defence Emergency Management (CDEM) Centre to ensure it had oversight of the emergency and could coordinate with other agencies.

Some staff remain at the Hawke’s Bay CDEM Centre today. The DCC will continue to operate 24/7 for the duration of the emergency. Extra staff have been brought on to assist.

Police is working alongside Civil Defence, Fire and Emergency New Zealand, St John Ambulance, NZ Army and Napier City Council in distributing information to the public about where to get help if needed, which includes an online rapid welfare referral sheet and checking on residents in flood-affected suburbs.

Around 40 people were evacuated from their homes last night, the majority staying with family and friends. However around 15 are being accommodated at a local holiday park.

The flooding has hit close to home, with some Hawke’s Bay Police staff unable to come into work as they are dealing with flooding at their houses.

Previous
'See you in the blue'
Next
Resuscitation inspires fundraising move