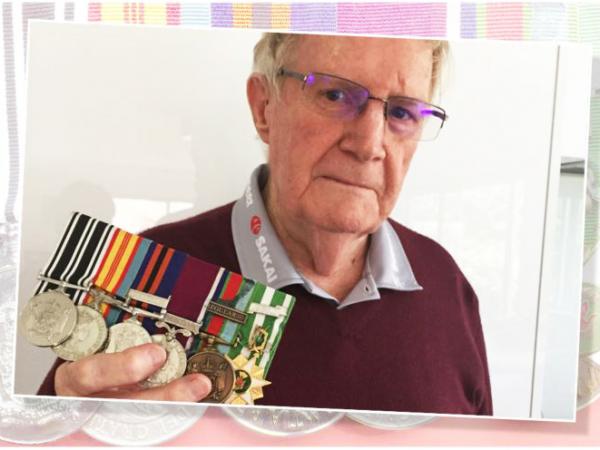 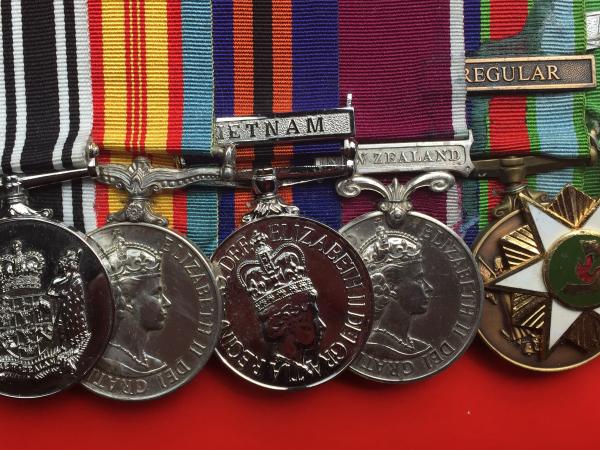 Vietnam War veteran Trevor Higginson thought he had seen the last of his treasured medals.

The six medals – commemorating his 20 years in the New Zealand Army, including active service in Vietnam - were stolen more than a year ago.

His efforts to find them came to nothing and he thought they were gone forever – until a call from Auckland Police this week to tell him they had been found.

“That was great,” he says. “I got a phone call to say the medals had been found. I thought ‘Yes!’ and got quite excited.

“The officer did what he had to do with the paperwork then delivered them to me, which was really nice.”

Trevor, who lives in Onehunga, realised the medals had been stolen from his car in June 2016, though he did not immediately recognise the fact so is uncertain exactly when or where it happened.

He thinks the thief was attracted by a pair of shoes which were visible in the vehicle, then also grabbed a bag of books and the medals, which he had planned to take to a mounter so one could be repaired.

Trevor says he visited medal dealers in the area, leaving his name and details in case anyone tried to sell the medals. But he heard nothing and ordered a duplicate set from the Defence Force.

It was part of an ongoing investigation into firearms and drugs but items of stolen property came to light - including the medals, which still had Trevor’s name on the back.

A swift bit of detective work led the team to him and the medals were returned the same day.

“I had just about forgotten about the original set,” says Trevor, who works in property management. “But duplicate medals just don’t mean the same as originals.

“I’ll get the originals repaired and then I’ll have two sets of medals and miniatures that I can pass on to my two boys.”

Detective Jimmy Copeland, of the Major Crime Team, says the operation was a great team effort - and being the person who handed the medals back to their owner was an awesome experience.

“It was a real pleasure,” he says. “Putting things right like that is one of the best things you can do as a cop. You could really sense the pride he had in the medals."