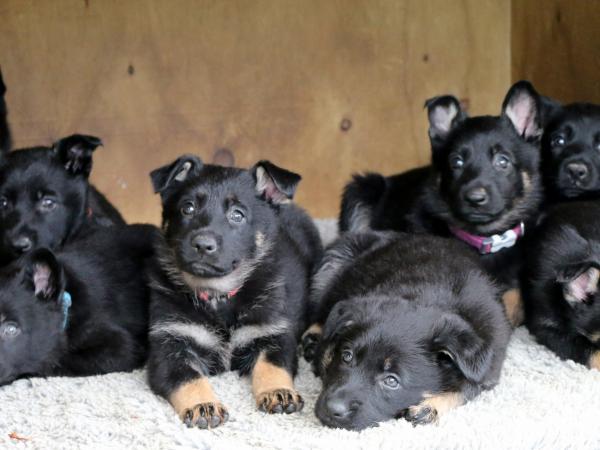 Retiring at the age of five may seem premature, but not when you’ve spent most of your life producing dozens of New Zealand Police’s finest canine recruits. 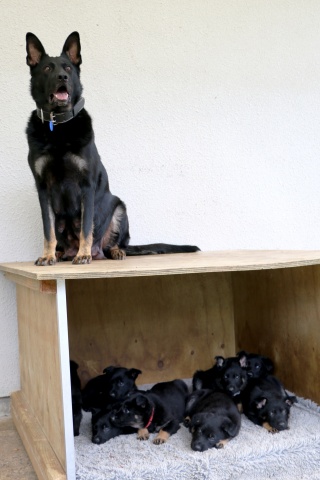 After giving birth to her fourth and final litter of potential canine crimefighters a few weeks ago, New Zealand Police-bred Dallas is ready to put her paws up for a relaxing retirement.

“Dallas has been one of our most successful breeding bitches,” says Inspector Todd Southall, National Coordinator Police Dogs. “She’s a good size and she has a great temperament.

“Her retirement is well deserved. She’s produced more than 30 pups who’ve either gone on to be working police dogs or breeding bitches for NZ Police.”

While a couple of the bitches in the litter are earmarked for screening as potential breeders, the others have been sent to the districts to become police dogs, just like the male pups.

And while Dallas may be taking it easy, her policing legacy is set to continue – several of her daughters from previous litters have already gone on to produce their own potential Police pups.