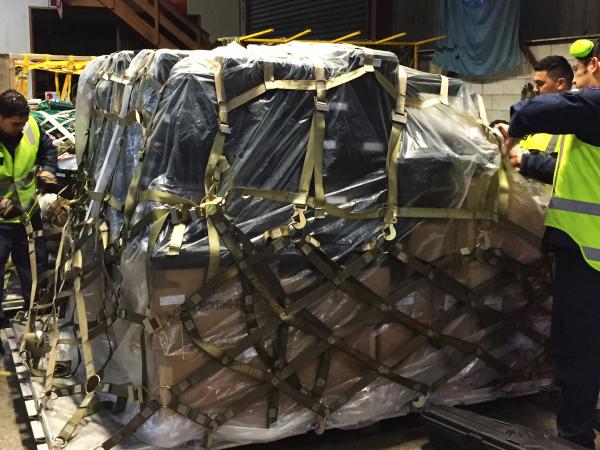 Frontline staff are better equipped and more are tactically trained than ever as the redesign of the Responder Model nears completion.

Nearly 1900 more staff are now level one responders, trained in the full suite of tactical options including firearms and Taser, under a wide-ranging project to ensure our people can be safe and feel safe.

The new Responder Model means Police has more than 7200 trained level one responders – 79 percent of constabulary staff. Previously there were 5400, or 59 percent.

The project has seen the rollout of a large amount of equipment for operational deployment or training, including 1107 M4 rifles, 809 Glock pistols and 882 Tasers.

Storage facilities at police stations have been increased and around 400 extra vehicles have been equipped to carry firearms safes.

Pallets of equipment - 3701kg of firearms and accessories and 365kg of ammunition - were airlifted by the Royal New Zealand Air Force from Auckland to Ohakea, Wellington and Christchurch (twice) for distribution.

New e-learning packages have been prepared; more training staff have been employed; and new policy has been put in place.

“The Commissioner and Executive have significantly invested in staff and community safety by increasing the amount of tactical equipment available to our people,” he says.

Districts have been instrumental in the process, with district leads ensuring local requirements are met.

“It was a real opportunity to enable deployment according to how a district deploys its staff, not just a ratio of equipment to staff numbers,” says Mike.

Inspector Steve Kose, District Operations Manager and rollout lead in Waitematā, says the district has gone from having 70 sets of tactical equipment - each comprising one M4, one Glock, one Taser and hard-armour plating - to 160.

He says staff feedback has been positive, for example around not having to wait for Tasers to be repaired and returned.

“The challenge was having those assets in the right locations for our primary responders, particularly in rural areas,” says Steve.

“I’ve always had a passion for making sure our staff are safe and feel safe and have the right tools for the job.”

He stresses the need for staff to attend training and maintain their certification to remain deployable “or they put themselves, the organisation, other staff members and members of the public at risk”.

The allocation of extra resources under the $388 million Safer Communities investment package announced in February means the project has been kept under review, with ongoing assessment of how extra staff might change requirements for new tactical equipment.

The rollout was approved in September 2016, as feedback that the former three-tier model did not equip all responders for the range of frontline tasks aligned with the Executive’s priority of keeping our people safe.

“New Zealand Police remains a routinely unarmed police service but now our staff are better able to make decisions - after a risk assessment - about how to respond with their own safety and the safety of the community in mind,” says Mike.