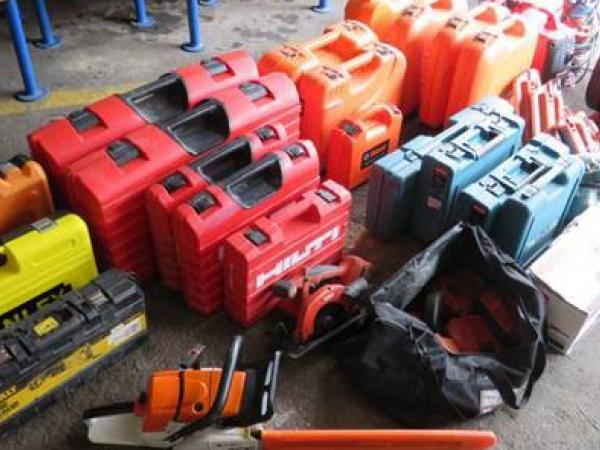 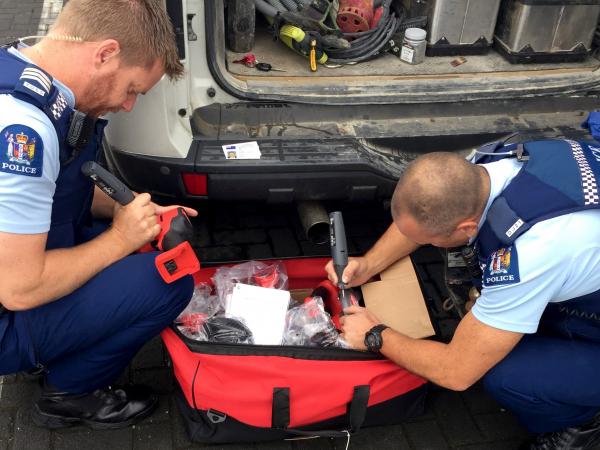 Home > News > Ten One Magazine > The right tools for the job

Construction is not the only business that benefits during a house-building boom.

In early 2017 police in Waitematā became aware of an escalating crime pattern at Hobsonville Point: with significant development under way came the associated localised crime, thefts from construction sites, tradies’ vehicles, and from surrounding properties.

An Intel scan revealed tools were being stolen at construction sites and developments within Waitematā – but also tradespeople's homes and unattended vehicles, all over the district, by day and night.

“Tools are readily sold or traded through second hand dealers, online market places, or traditional criminal receivers - ultimately providing an environment where this offending is perceived to be a low-risk, high-reward option,” says Sergeant Aron McKeown, of Waitematā West.

“Anecdotally we know tools are being sold or traded for drugs so it’s important to consider the wider social impact this offending has on our communities.

“The wider impact includes lost work hours and productivity, lost time in reporting and making claims and replacing tools, and higher insurance premiums. It was vital to look at solutions to prevent this harm from occurring and to look at what more we could do.”

The team looked at overseas research at what made some items more likely to be stolen than others – and this research produced the CRAVED model.

“Firstly we created a specific strategy to address CRAVED - that was ‘Engrave, Record, Secure, and Report’.

“By engraving tools with a driver’s licence number and recording the serial numbers, we made the items less disposable and less valuable.

“By offering advice on how to secure tools they become far less removable. By reporting offending and suspicious activity you make the items less available.

“Success is when a stolen tool has no value and is no longer disposable.”

The second part of the initiative was to spread the word to potential victims. Prevention stickers were distributed and use was made of the three Tāmaki Makaurau district Facebook pages and their considerable reach.

Placemakers donated 30 engravers and also began engraving tools at point of sale; Carters installed engravers to use in each of their 50 stores; Paslode distributed 20,000 flyers in boxes of nails and agreed to continue doing so, effectively delivering prevention messages to thousands of construction sites.

The Police team has attended scores of trade events in the district and nationally, often supported by community partner CPNZ. They have so far engraved more than 4000 tools and interacted with around 3000 tradespeople.

The social media messaging and trade events came to the attention of local and national media and other channels, including Chinese media and trade magazines.

With the campaign gathering momentum, Police asked CPNZ to carry out a trust and confidence survey among tradies.

Of those who took part in the survey, 52 percent were aware of ‘Engrave Record Secure Report’ and more than half of those said they had engraved their tools.

Of those who attended a Police trade event, 76 percent reported having full or quite a lot of trust and confidence after the event, up from 60 percent before the event.

"Looking at the unintended consequences, the initiative has been bigger and had a much larger reach than expected,” says Aron.

“More people and partners, internal and external, have come on board than initially imagined.

“In terms of the national picture, in partnership with the National Prevention Centre, the initiative has been replicated in most of our 12 Police districts."

"By developing relationships with organisations with influence we could get a really wide distribution of our messaging to all the different levels that needed to hear it," says Penny.

"There were companies that were calling up and asking our staff to go out and visit them on-site, which is something that's unheard of in the construction industry."

Stefan says significant involvement from Police’s partners has been vital.

“The reduction in tool thefts ultimately results in fewer sales for our commercial partners - but despite this they’re prepared to be actively involved and be seen as good corporate citizens.”

He says the most exciting aspect of the initiative is the number of potential future opportunities.

Sustained success will require a renewed focus on second hand dealers; a need for a continued focus from commercial partners; and implementation of a collective response group within the industry. Work in all three areas is under way.

“Absolute success of the initiative will be when tools that have drivers licence numbers engraved, or obviously removed, become untradeable and worthless,” says Aron.

Waitematā District’s Protect Your Tools initiative won the award for Excellence in Reducing Repeat Victimisation at the 2018 Evidence-based Problem Oriented Policing Awards.
Previous
Paddling toward a brighter future
Next
It's the flying squad!