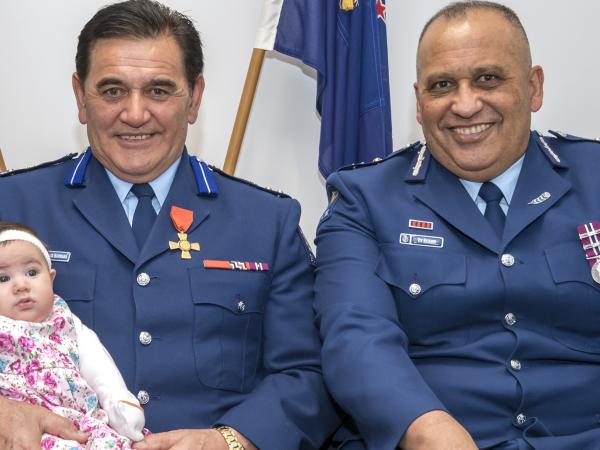 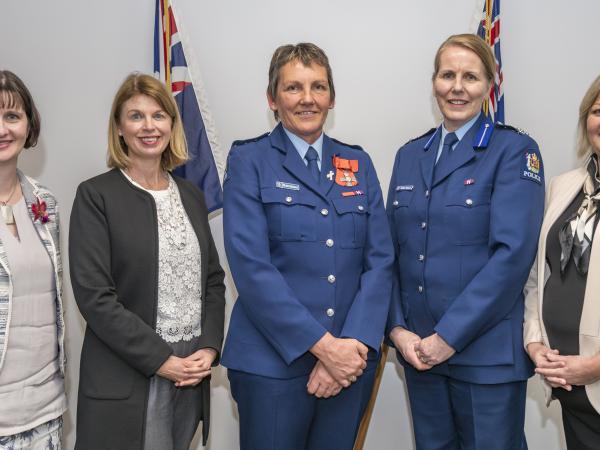 Two officers who were recognised in the Queen’s Birthday list received their Royal Honours in an investiture ceremony at Government House, Wellington, yesterday.

“Wally and Karen have done Police proud and it was great to be able to celebrate with them and their friends and family,” says Viv.

“Wally and Karen have both made amazing contributions, particularly in the way we work with our communities. These awards are well deserved and they are to be congratulated on their achievements.”

Wally’s award is for services to Police and Māori, Pacific and ethnic communities.

He has been at the forefront of leading and building New Zealand Police cross-cultural capacity since 1996. His work in facilitating partnerships in New Zealand’s ethnically diverse communities is recognised here and overseas.

Wally was a key contributor to the partnership launch of ‘Turning of the Tide’, a ground-breaking Whānau Ora crime and crash prevention strategy to reduce the incarceration rates of Māori.

He established the first MOU between Police and 14 major Iwi groups in Bay of Plenty District. He was also instrumental in establishing the first MOU with Te Wananga o Aotearoa to launch a Police career preparation programme for Māori, Pacific and ethnic people.

Karen’s award is for services to Police and the community.

She has held a range of roles and in 2008 became the first woman promoted to Inspector in Waikato District.

She’s a leading advocate for women in Police and was actively involved with the celebrations of the 75th anniversary of women in Police. In 2012 she was named ‘Most Outstanding Female Leader’ in the Australasian Excellence in Policing Awards.

Previous
Champions of the world!
Next
Policing the home front