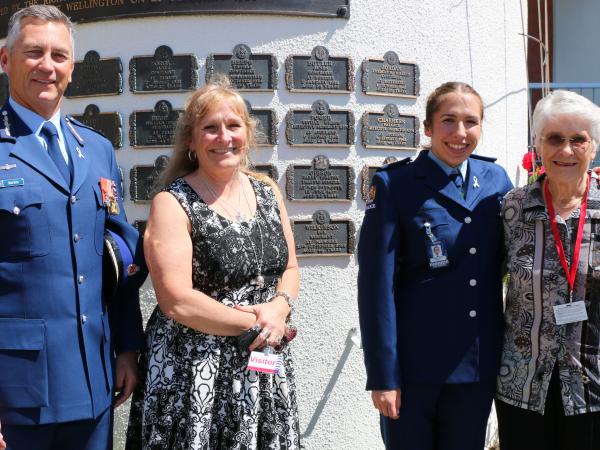 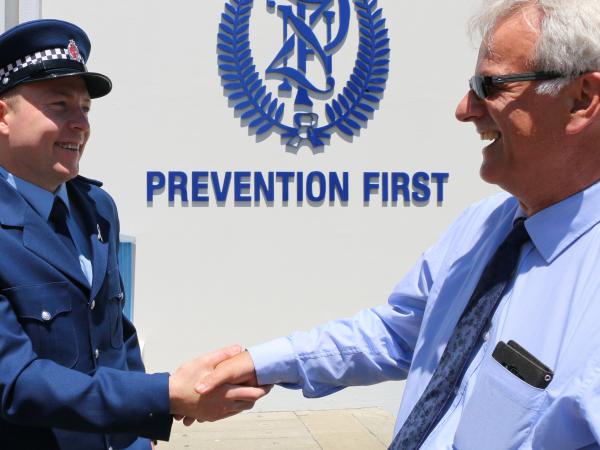 Each of the 40 new constables who graduated from the 309 Tina Cross ONZM Recruit Wing yesterday (23 November) has their own story of how they got there. Here are two of them...

Amber Dower has always wanted to be a police officer – and it was a moment of special pride for her family yesterday as she graduated from Recruit Wing 309.

Amber’s grandfather Detective Sergeant Neville Power is one of the officers commemorated on the Memorial Wall at the Royal New Zealand Police College (RNZPC). 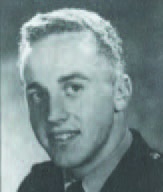 He and his colleague Detective Inspector Wallace Chalmers were shot dead as they investigated a shooting in the Waitakere Ranges, West Auckland, in January 1963. Both were posthumously awarded the Queen's Police Medal.

“I’m very proud – and Neville would be proud too,” says Amber's grandmother Valerie Blight, who was among family members supporting Amber on what they all agreed was an emotional day at the RNZPC.

Amber’s mother Gwyneth Macdonald says the family had no qualms about another member joining Police. “If you don’t do what is right out of fear, then you’re just holding yourself back,” she said.

“Police is a fantastic thing to be involved in. It’s a big family. I do volunteer patrolling in West Auckland, which is my way of helping the community – but that’s nothing compared to what just one police officer in blue can achieve.”

Amber says she has wanted to join Police since childhood. “Police has always been a part of my life, growing up.”

She says she has enjoyed the 16-week initial training course – “and I’ve shared it with 39 really good people”.

Amber is posted to Wellington District.

They met again more than 20 years later, on the day Simon graduated with Wing 309.

Simon says since that meeting at Miramar North School, Wellington, he was determined to join Police.

“It was my first encounter with a police officer,” he says. “I guess the perception of cops – especially when you’re a kid - is that they’re only there when you’re in trouble.

“But he was so nice and friendly. Roly’s name just stuck with me.”

Simon, who is posted to Wellington, says he tried to join Police as a 19-year-old but was told to go and get some more experience.

“I wasn’t that confident. They picked up on that and told me to get some life experience and come back. It took about ten years.”

Roly left Police in 2005 but returned in a non-constabulary role five years later. Among his responsibilities as Schools Coordinator, based at Police National Headquarters (PNHQ), is to coordinate school visits.

“As a police officer you make an impression on a lot of kids in your job but sometimes you forget what a big impression that can be,” he says.

“I’ve quite often had people come up to me and say ‘Remember me?’ but this is the first time it has been someone in Police.”