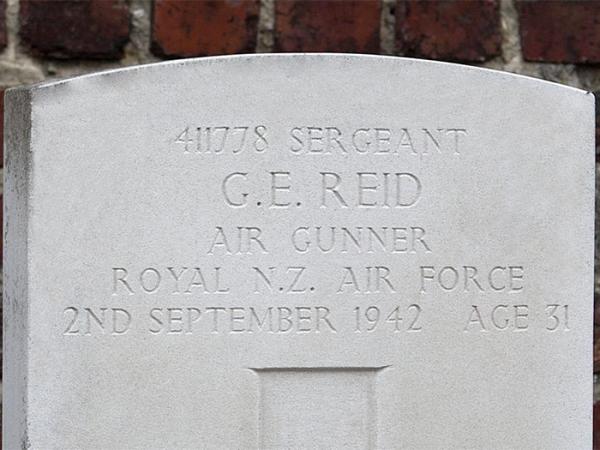 Did you hear the one about the mystery man, a Memorial Cross and the enquiries that returned a family heirloom?

Earlier this year, a stranger walked up to an 83-year-old Coromandel man named Kelvin and asked if he was a member of the RSA. The stranger had a King George New Zealand Memorial Cross (pictured below) that he wished to be returned to the next of kin. 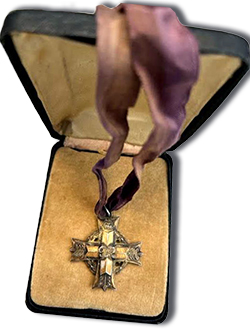 Kelvin duly posted it to the Air Force Museum, who contacted Police to determine if it was stolen.

Christchurch-based Authorised Officer Deb Wilson was determined to find the medal’s rightful home, so she made some enquiries, including contacting Major (Rtd) Ian Martyn from Medals Reunited New Zealand.

Together, Deb and Ian uncovered the history of the medal and located a direct descendent of George, living in Queensland Australia, to pass the special medal to.

He was thrilled to hear about the cross and received its return with much pride and gratitude.

After WWII, the medals of servicemen and women who died during active service were sent to their nominated next of kin. In addition, a Memorial Cross was awarded to the relatives of these deceased men and women, predominantly to the female relatives – wives, mothers or daughters of servicemen - as an acknowledgement of their grief and sacrifice.

In 1942, Sergeant George Ernest Reid, an Air Gunner from the RNZAF was killed in a Short Sterling bomber during his second operation over Sterrebeek, east of Brussels. His aircraft was attacked by a German Night Fighter and the plane crashed. Sergeant Reid is buried with four colleagues in the Nossegem Communal Cemetery in Brabant Belgium.

The Memorial Cross was given to his widow, Margaret Reid, who died in 2000. It’s unknown where the cross went after this as Margaret and George had no dependents, but thanks to Deb and Ian the medal has been polished up and returned to a grateful family member.

Previous
Sport for the soul
Next
Rangatahi thrive during Longest Day