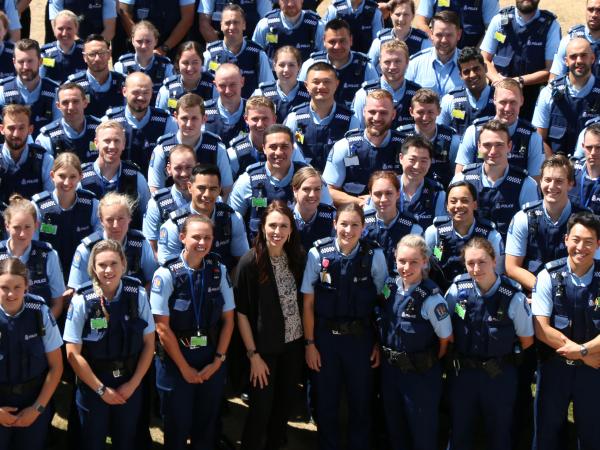 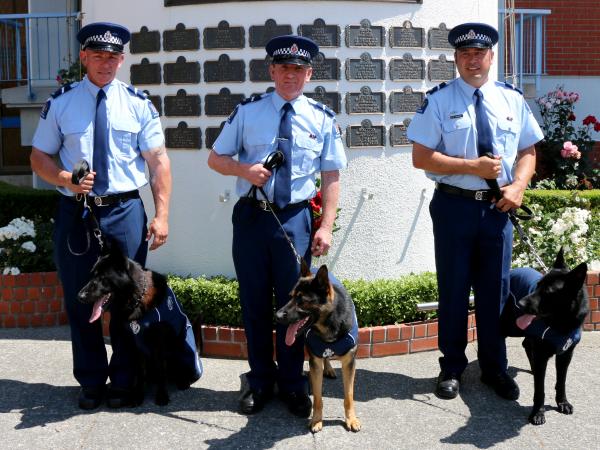 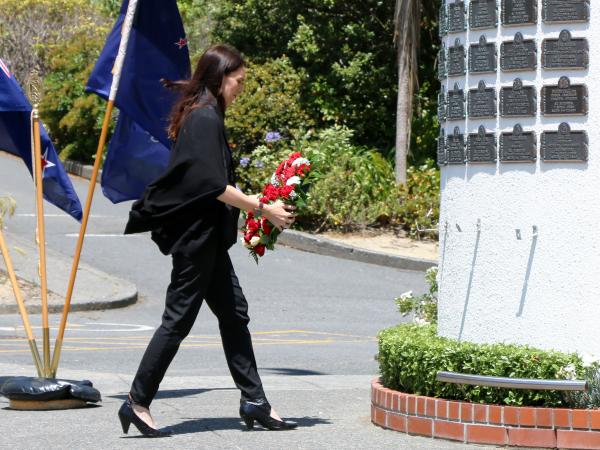 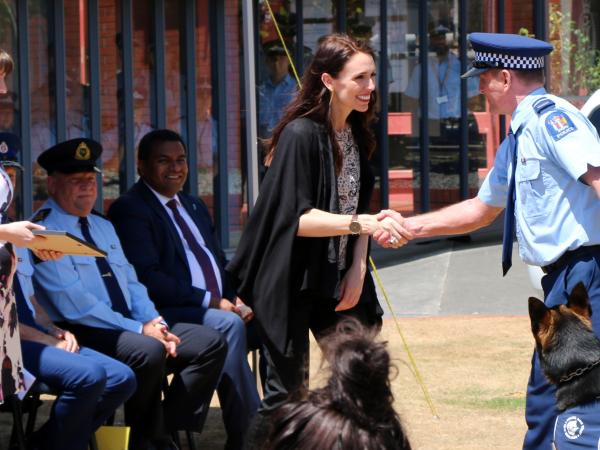 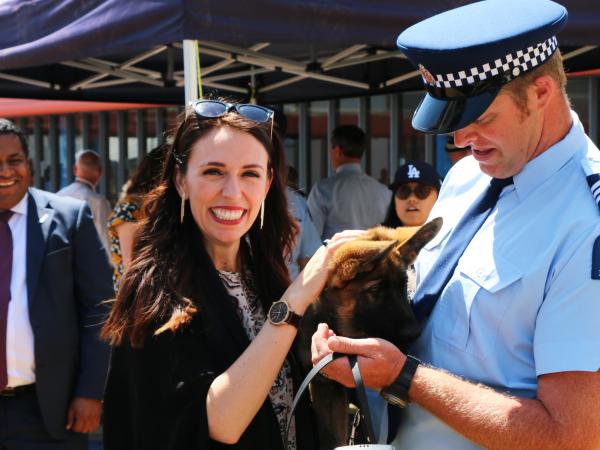 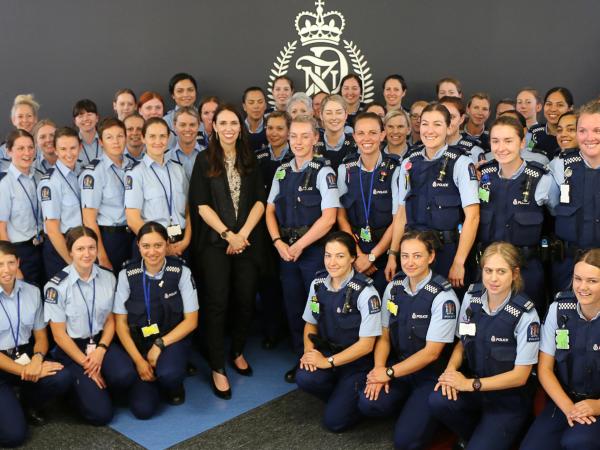 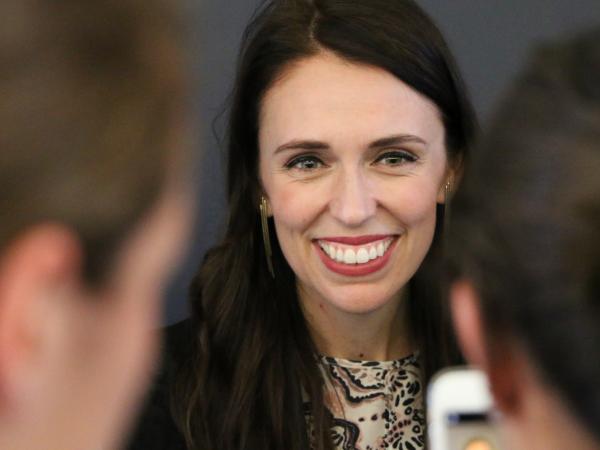 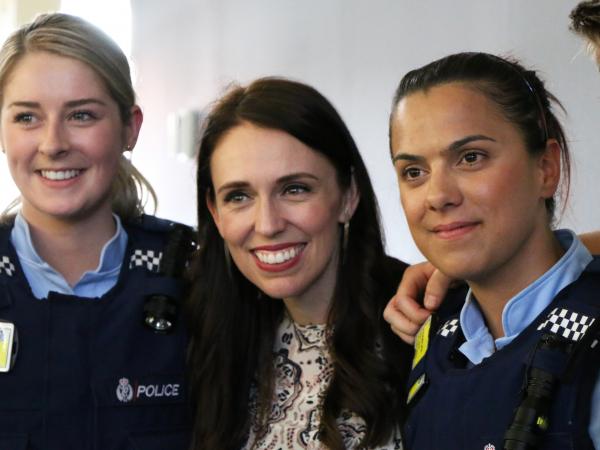 It’s always memorable when you graduate - but receiving your certificate from the Prime Minister is bound to make it that bit more special.

The Prime Minister called in at the college as part of a visit to the Mana electorate. She was accompanied by Mana MP Kris Faafoi as well as Customs Minister Meka Whaitiri.

She laid a wreath at the Memorial Wall, addressed the graduation, presented the handlers with their certificates, posed for photos and mingled with the crowd in the sweltering heat.

She then headed inside to speak to the recruits of Wings 310, 311 and 312, who are currently undergoing their initial training.

Addressing the graduation, the Prime Minister referenced her childhood as the daughter of a police officer – former Detective Superintendent Ross Ardern.

“I don’t know whether I’m allowed to or not, but I consider myself part of the police family,” she said.

“I grew up in the home of a police officer who served for 40 years - and with that comes a particular insight into policing, and knowledge that as a daughter of a policeman you should never be late for school lest you be dropped off with the sirens on.”

She acknowledged family and friends of the graduating handlers and recruits, saying they would be proud but would “from time to time, resent your job just a little bit.

“But know that in the long run I carry nothing but pride to be the daughter of a policeman and I continue to be proud of the police fraternity that he belonged to.”

She said Police’s hit recruitment video “says a lot about the nature of New Zealand Police and makes me feel proud”.

She concluded: “We have an enormous amount of work to do out in our communities and you are such a vital force for us.

“And I hope you won’t mind if I always continue to see myself as a member of your wider family.”

Inside, the Prime Minister told the recruits of a time a rape victim’s mother brought flowers to their police house at Murupara as a thank-you on the resolution of the case. “Not everyone is going to bring you flowers but there will always be people out there who appreciate what you are going – and I can tell you I’ll always be one of them.”