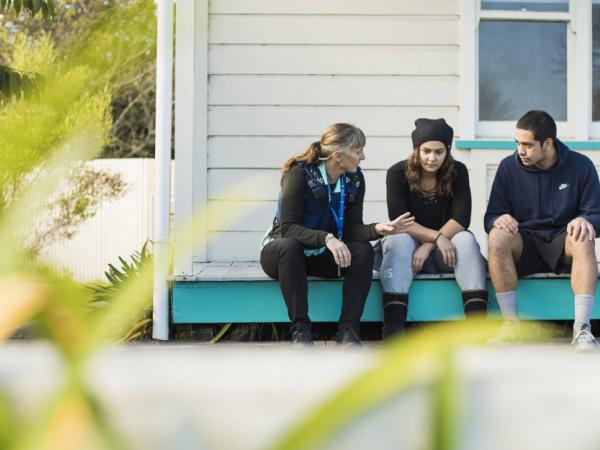 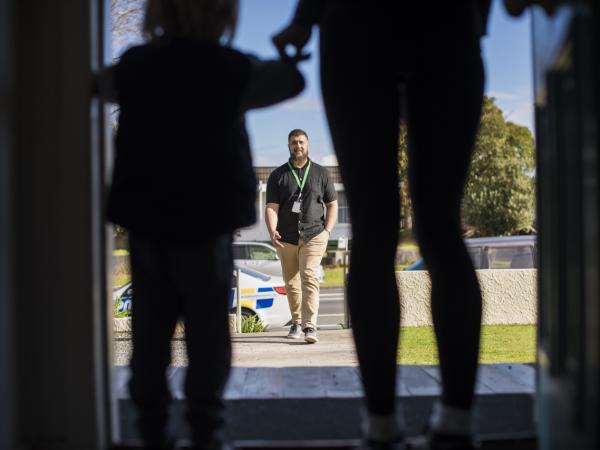 When staff from Tairāwhiti’s Whāngaia Nga Pa Harakeke (WNPH) team spoke to a young couple after a family violence incident, they did not think at the time that they had achieved the rapport they wanted.

Two months later the young woman came in with a family member, having been strangled unconscious by her partner – and not for the first time, it turned out.

“Our approach was what created that opportunity,” says Senior Sergeant Greg Brown, WNPH Director. “In my view the engagement achieved saved that young woman’s life.” She is now safe with her whānau; her now-ex has been charged.

WNPH is piloting an unprecedented joined-up approach to tackling family harm. Another pilot in Counties Manukau was today officially expanded to go district-wide. Northland’s version, Whiria Te Muka in Te Hiku, is in its early stages.

The pilots come under the governance of place-based initiatives (PBIs), local leadership panels established under the Government's Social Investment approach, which was officially launched today (3 July).

In Gisborne/Tairāwhiti, WNPH comes under the PBI Manaaki Tairāwhiti, which is co-chaired by Turanganui a Kiwa and Ngati Porou iwi and brings together social sector agencies to better co-ordinate services for at-risk families.

Greg leads a 22-strong team based at the headquarters of Te Runanga o Turanganui a Kiwa in Gisborne – neutral territory for many, making it easier for people to approach the team.

It comprises constables from prevention and family harm backgrounds, iwi liaison specialists, detectives and four kaiāwhina, or advocates, three of whom are seconded from the local iwi social service sector.  All bring different skills.

READ: Social Investment - what it means for Police

Weekly the team deals with 80-90 cases. “That’s where our teams have been really important, providing capacity to get out the same day if it’s urgent, or at least the next day.

“Whānau notice that. It’s also good for our frontline staff – constables have told me they feel good knowing that after they leave, there’ll be a follow-up.

“It gives them peace of mind and speaks volumes about the changing mindset of our staff. They’re genuinely concerned about the wellbeing of our whānau.”

The team’s diversity allows a degree of choice in who visits an address – ideally those thought to be most likely to create a connection.

“You might get turned away or you might spend three hours with them. We say if you get an open door, run with it.”

They seek to create a plan with whānau. They also speak to offenders in the cells.

“We’ll say ‘haven’t you had enough of this?’ or ‘what do you need to change your life?’ We’ve had instances where they’ve broken down and we’ve taken them to a place where they can get support.”

In the language of WNPH, they walk alongside whānau. “It can be hard to navigate the system as an individual – our support and relationships within the community can improve that.”

WNPH represents a significant investment in resources in an area of offending where results are hard to quantify. If anything, says Greg, reported harm is likely to rise as previously unreported offending comes to light.

“Frontline staff are telling us they’re turning up at fewer repeats,” says Greg. “But the challenge is the numbers.

“There’s the girl who suffered those strangulations that Police never knew about. Other victims have disclosed previous rapes and assaults. Some of the stories are horrific but at least they’re now in a place to get the help they need.

“We hope to reduce levels of serious harm over time but I expect it to increase initially.”

It is hugely significant, says Greg, that two grandmothers of entrenched gang families are talking to them about their concerns for their whānau. “They’re telling us ‘this feels different’; they’ve never done this before.

“When you engage you hear the full story. Success for now is the level of engagement with people for who we were once polar opposites.”