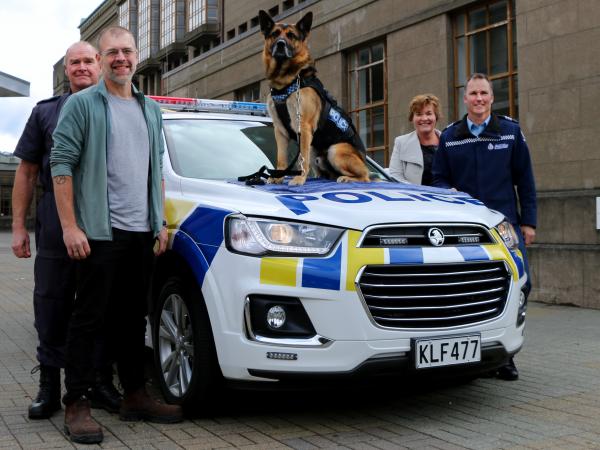 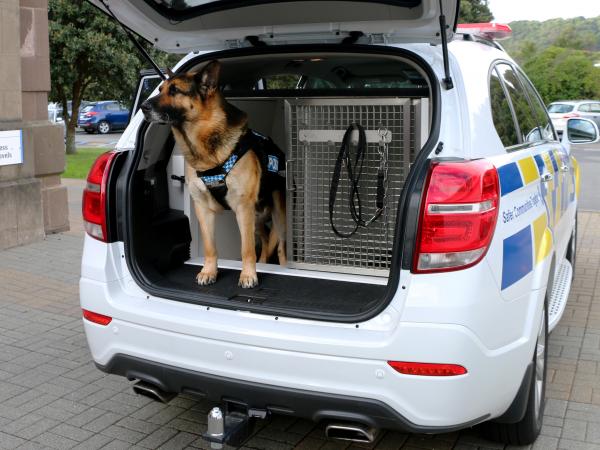 Police’s dog vans are getting a new look as manufacturer Holden halts production of the current utes.

The Fleet Management team has been working to identify a replacement, including design of a dog pod which can be adapted for use across a range of vehicles.

After consultation with dog handlers – which included putting the vehicle through its paces at Manfeild - the Holden Captiva was selected and a working prototype is heading to Canterbury for on-the-job trials.

The car has been extensively adapted in collaboration with Massey University’s School of Design in Wellington.

The pod has space for two dogs, with air conditioning for hot weather, lighting and drainage for washing out. The floor has been lowered to make extra headroom.

“I think the guys will love it,” says Senior Sergeant Mark Davidson, OC Wellington Dog Section. Mark involved the design school through Massey Registrar Deanna Riach, who has been involved in other Police-related projects.

“It’s great to come to a place like Massey where people see things differently to how we do.”

The project put paid to fears that the back of the Captiva would not be big enough. “We needed to see if what we wanted would fit,” says Mark. “They fitted it out with a mock-up in cardboard to start with, then plywood. As soon as they did we could see it was going to fit.”

He says Fleet Management made the project easy. “I’ve been dealing with them for 15 years and their mantra has always been ‘We’ll provide what you want’.”

Uli Thie, technical demonstrator for design at Massey, says the crunch came when Mark brought patrol dog Ike to test the design. “Once the dog liked it, everyone liked it,” says Uli.

Sergeant Dave Martin, of Fleet Management, says the aim of the eight-month project was to create a pod which could be adapted for use in a range of vehicles.

The Captiva is the first all-wheel drive dog vehicle. It has the standard frontline three-litre V6 engine and gearbox and is rated category A, so suitable for urgent duty driving.

“Buy-in from the handlers was very important throughout this project,” says Dave. “We’re listening to what people want and need from their vehicles.”

Changes to design details may arise from the trial, says Dave, but from now the Captiva will replace any utes which fall out of use.