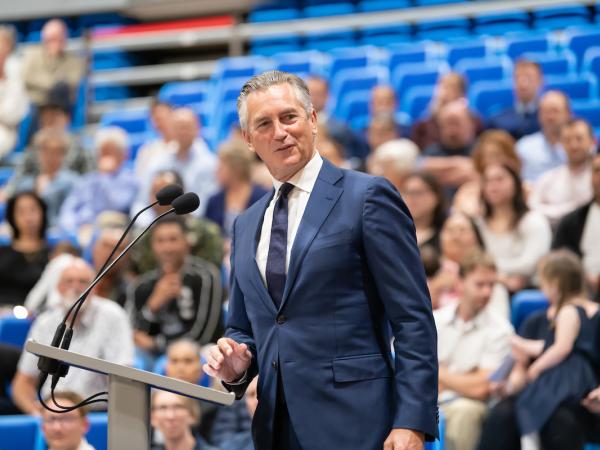 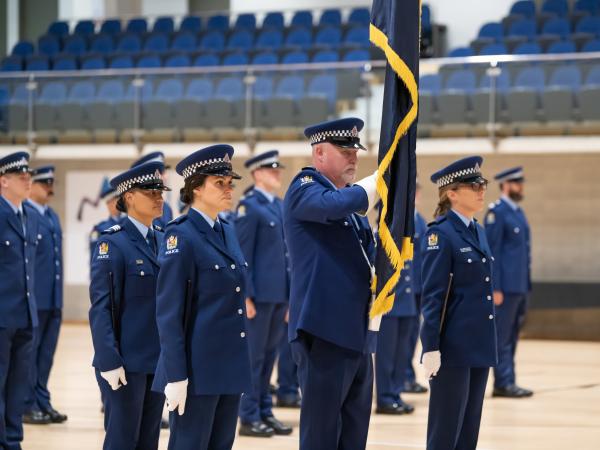 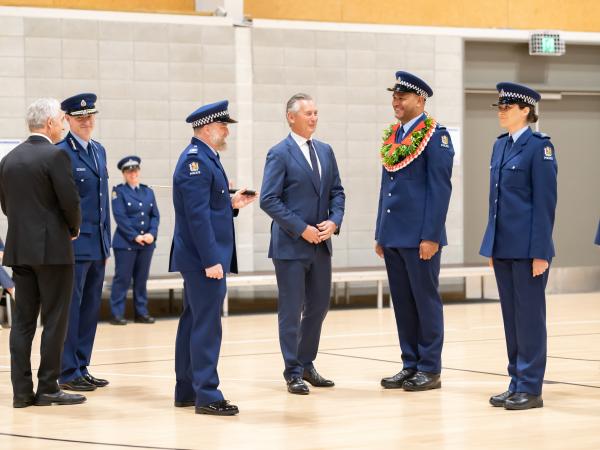 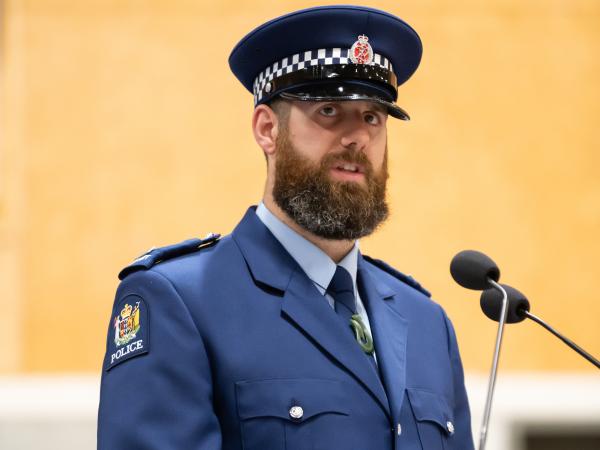 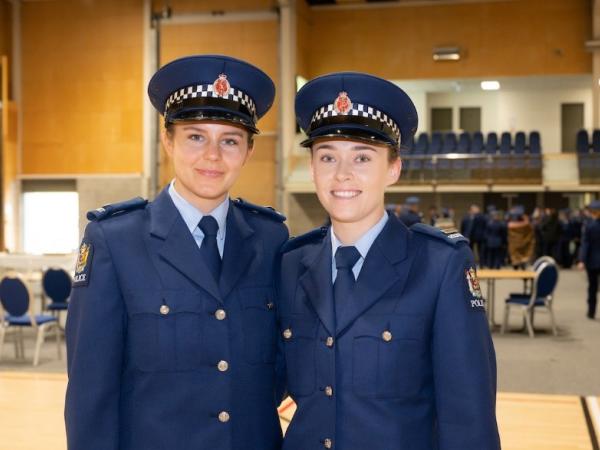 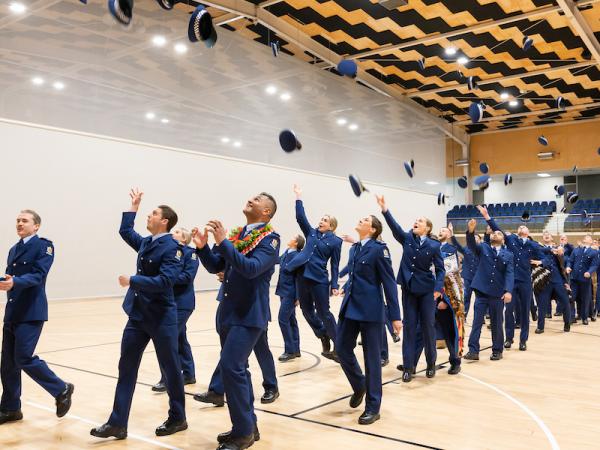 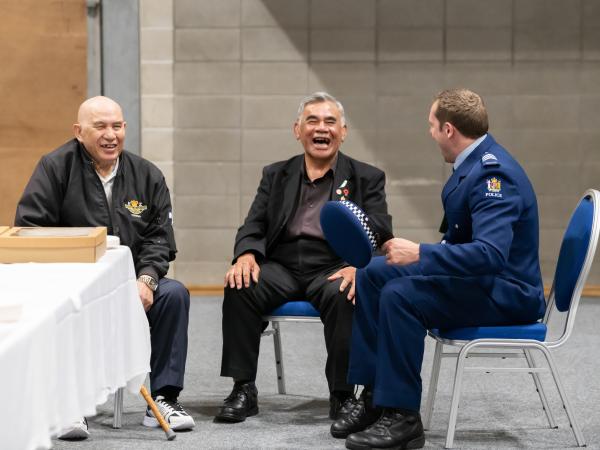 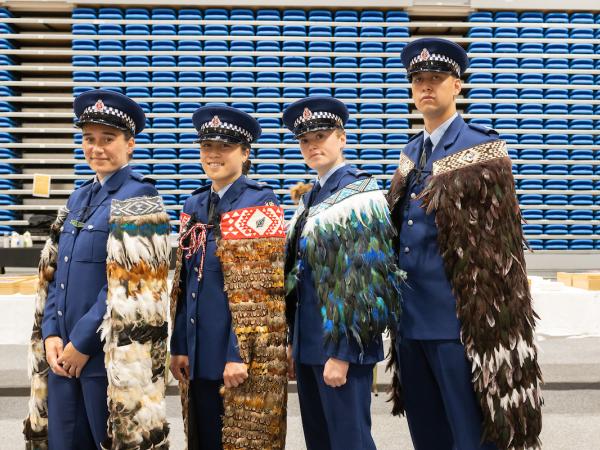 Home > News > Ten One Magazine > 'You have chosen a fantastic path'

Imagine missing out on playing for the Black Ferns at the recent Women’s Rugby World Cup because you had other pressing matters, such as graduating from the Royal New Zealand Police College as a brand-new constable.

The wāhine Māori recruit graduate appeared in this years’ police recruiting campaign Puhikura. Wāhine Māori are under-represented in the constabulary workforce. Puhikura is aimed at attracting more wāhine Māori to a career in Police and continues to run.

Constable Iritana Hohaia in the Puhikura campaign and at her graduation.

“As women, we are very good communicators - I think we definitely need more women in the police, and definitely more Māori women,” says Iritana

Iritana wasn’t the only national representative sports person to graduate from the wing. Esther Tiatia aka Fuaiva’a, a rep in international women’s rugby with Manusina Samoa’s Rugby 15’s team, their 7's Samoa Women’s International and the Fetu Samoa Women’s League team in the League World Cup, also made the grade. 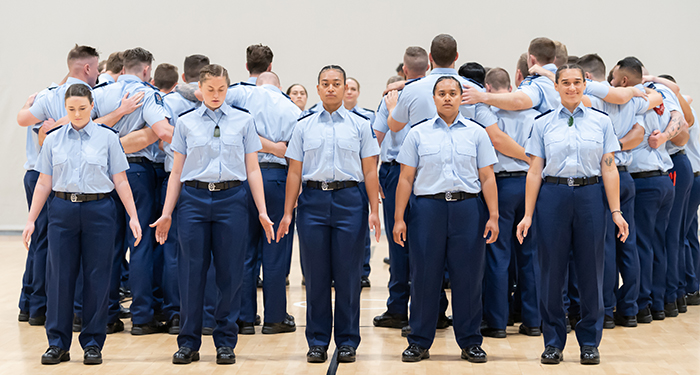 Towering above most of the wing is leadership award winner, passionate basketball player and coach of several youth teams, Constable Timothy O’Malley.

Tim was a member of the Wellington Saints Basketball development team, however his passion continues to lie in coaching and he’s dedicated his time to coaching youth teams in his home province of Nelson/Marlborough, the district he’s starting his career in.

“I believe it is in every one of you to be excellent cops your communities can be proud of, and I look forward to seeing members of the Mike Bush 360 Wing, do great things at all levels of police,” he says. 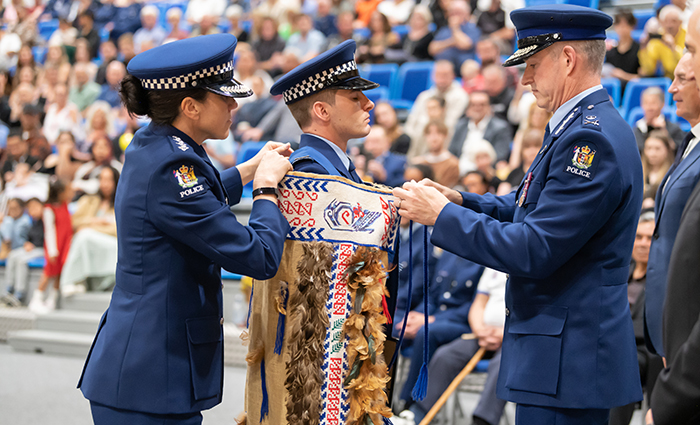 Constable David Cramp, who came top of his wing and won the Firearms Award, receives the RNZPC Korowai.

Top of wing with the most marks and receiving the Minister’s prize is Constable David Cramp, posted to Central District. The former rifleman in the New Zealand Army has represented the Army in combat marksmanship. It’s therefore no surprise that he won the Firearms Prize for the wing as well as the top spot.'

“I really want to acknowledge my peers’ efforts and support during the last four months," he said. "It is not a journey anyone takes alone. I want to thank my fellow constables as I know if it wasn’t for their help and support throughout, I would not be receiving this award.”

Keeping it in the family 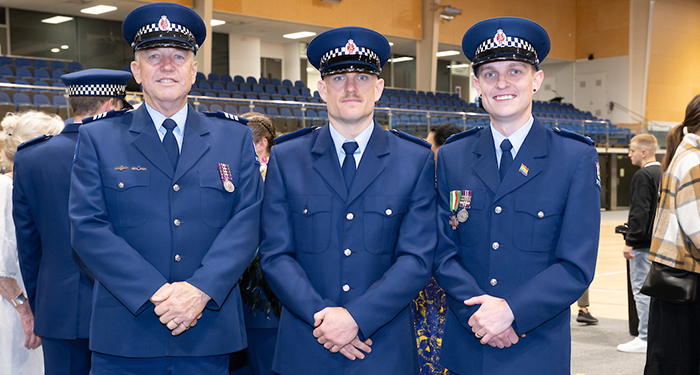 Following in the footsteps of his nearly his entire whānau is Constable Mikeal (Mick) McLeod, a former Australian Police officer who’s returned home to police alongside his dad and uncle on the streets of Rotorua.

Mick’s dad, Sergeant Chris McLeod has completed 46 years’ service while his uncle, Detective Matt McLeod, has clocked up 35 years – both serving in Rotorua. Mick’s brother Daniel is a detective based in Southern District and has been in the job nine years.

Chris and Matt’s dad – (Mick and Dan’s grandad), Norman McLeod joined police in 1948 and his two brothers, Donald and Bruce, joined in 1955 and 1956 respectively. Norman policed the district for 38 years and retired at the rank of detective sergeant. 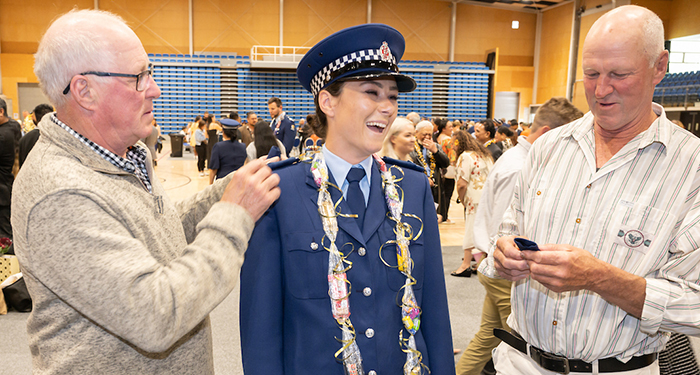 Former Customs Officer Tegan Harvey with her uncle Ross, left, and her dad Brett, right, fixing her new epaulettes on to her uniform.

Constable Tegan Harvey is going to the dogs – but not in a bad way. Tegan was previously a dog handler for the New Zealand Customs Service and featured in Border Patrol and Dog Squad with her dog Willow, who’s now retired and living with Tegan.

Tegan’s now graduated as a constable and plans to pursue dog section as a career after getting a few years' front line experience under her duty belt. 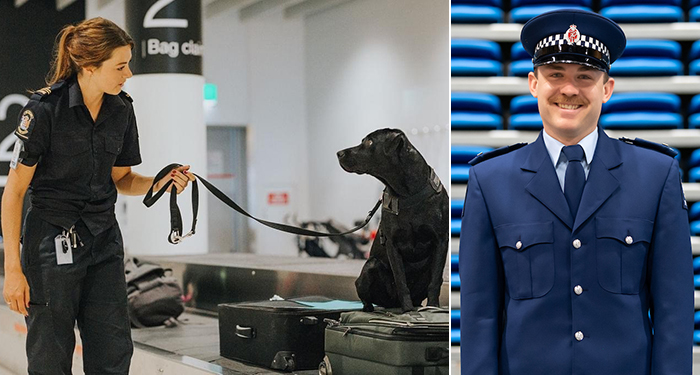 Constable Miles Beresford has had his time exploring other avenues. As a law graduate and previous defence counsel, Miles took the long way around to front line policing.

“As a lawyer, most of my experience has been in criminal defence work," he says. "I’ve been able to work on serious violence cases, sexual offences, large and complex frauds and large-scale drug operations.

“I decided to change sides after working as a police prosecutor in Counties Manukau. It was great being part of the Police extended family and I knew I had to take the next step and step into a blue uniform."

Wing Patron, and former New Zealand Police Commissioner Mike Bush CNZM was in office from 2014 until 2020 clocking up over 40 years’ service.

His operational and strategic knowledge has been ideal as the mentor for Wing 360. Mike managed the New Zealand police liaison in South East Asia during the 2004 Boxing Day Tsunami. He also led the response to major crises including the Christchurch Terror attacks, Whakaari White Island Eruption, and Kaikoura Earthquake.

“Regardless of your background, each of you is here because we have identified in you the abilities and character that are essential to being a good police officer. There is no other profession where you can come to work every single day and make as much of a difference as you can in Police. You have chosen a fantastic path.

“And make no mistake, I know Police set the bar extremely high when it comes to appraising the men and women we take on, so once again, congratulations to you all.

“Wing 360, you will do amazing things. When your police officer wants to come home and talk, that’s something that sometimes they must do – let them talk.

“Former All Blacks coach and police wing 298 patron John Hart (ONZM) once said to me, ‘Nothing is more humbling and could not make me prouder than to be the patron of a police wing.’ I now know exactly how that feels,” says Mike. 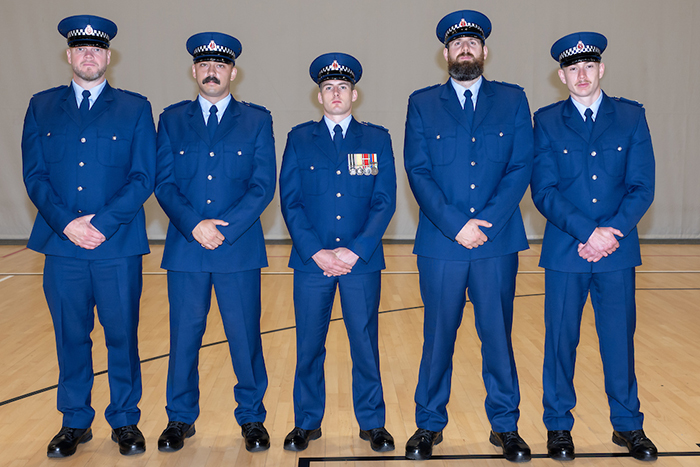 Previous
Big day out
Next
Boy, pup and mule to the rescue