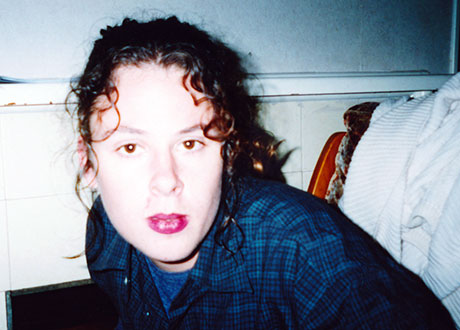 Police have announced a new reward of $100,000 for information in the hunt for the killer of 22-year-old Katrina Jefferies, whose partially clothed body was found dumped in Auckland’s Waikowhai Reserve, Hillsborough, on 12 July 2005. 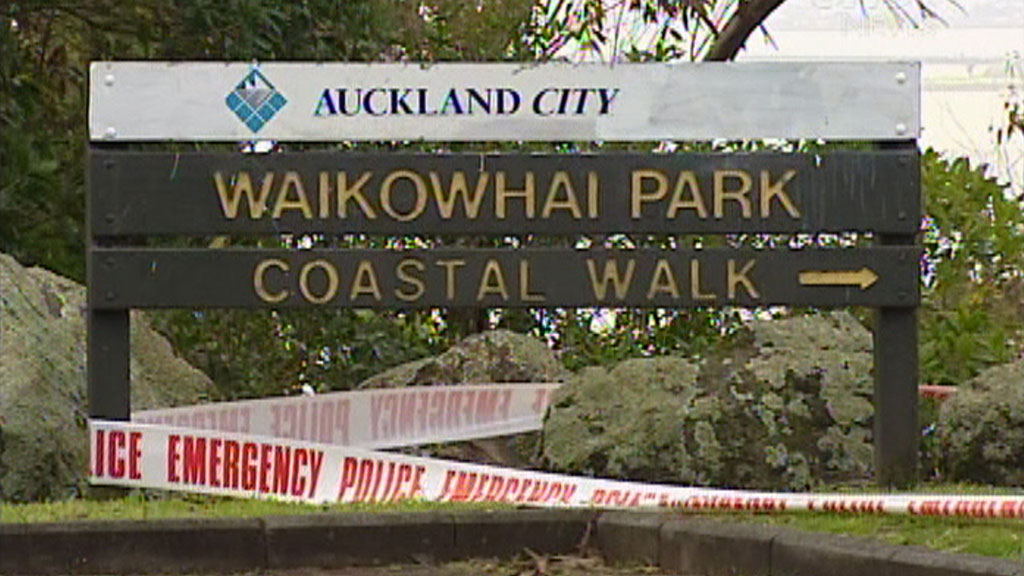 The entrance to Waikowhai Park, Hillsborough,
where Katrina’s body was found, 12 July 2005. 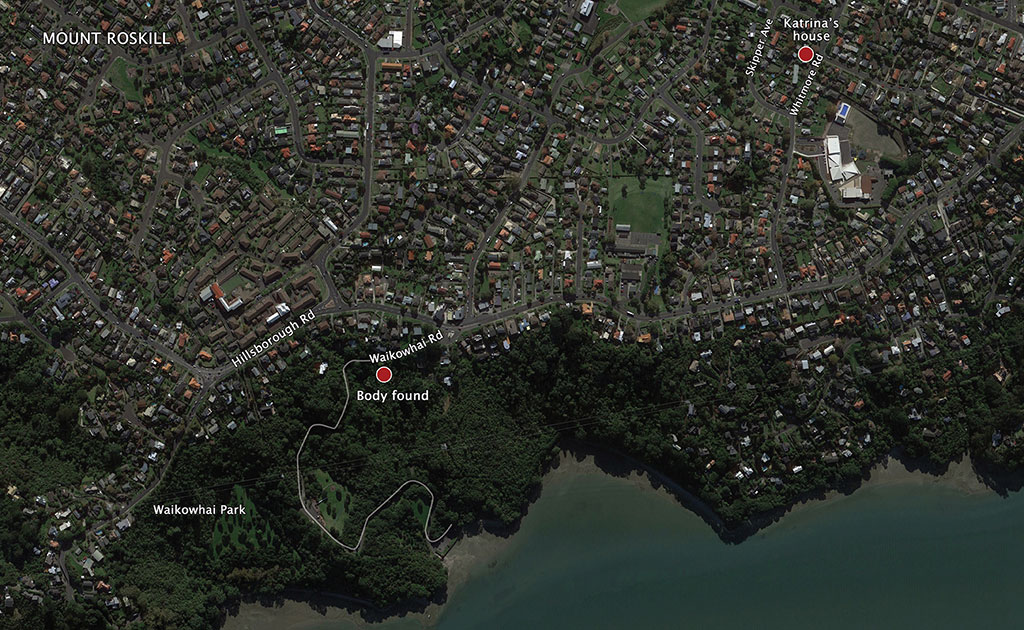 Aerial map showing the distance from
Katrina’s home to where her body was found.

Katrina’s body was wrapped and covered in a red tarpaulin, yellow raincoat and black rubbish bags.  Police believe the young mother had been killed elsewhere and transported to the Reserve where she was thrown down a steep embankment off Waikowhai Rd - just one kilometre from her home. 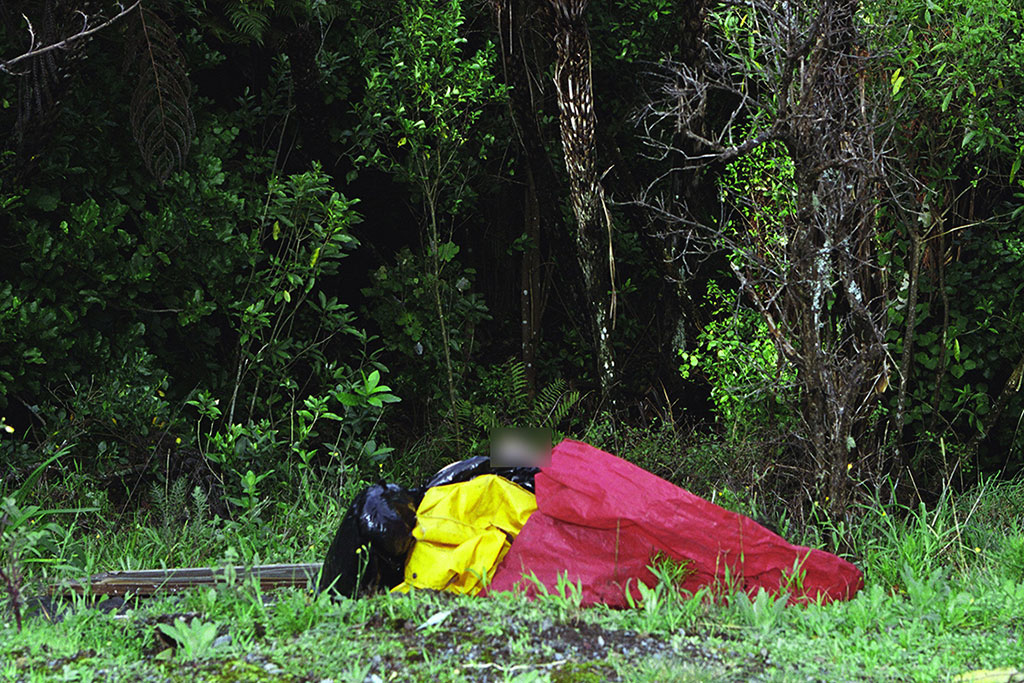 A member of the public out walking found Katrina’s body. 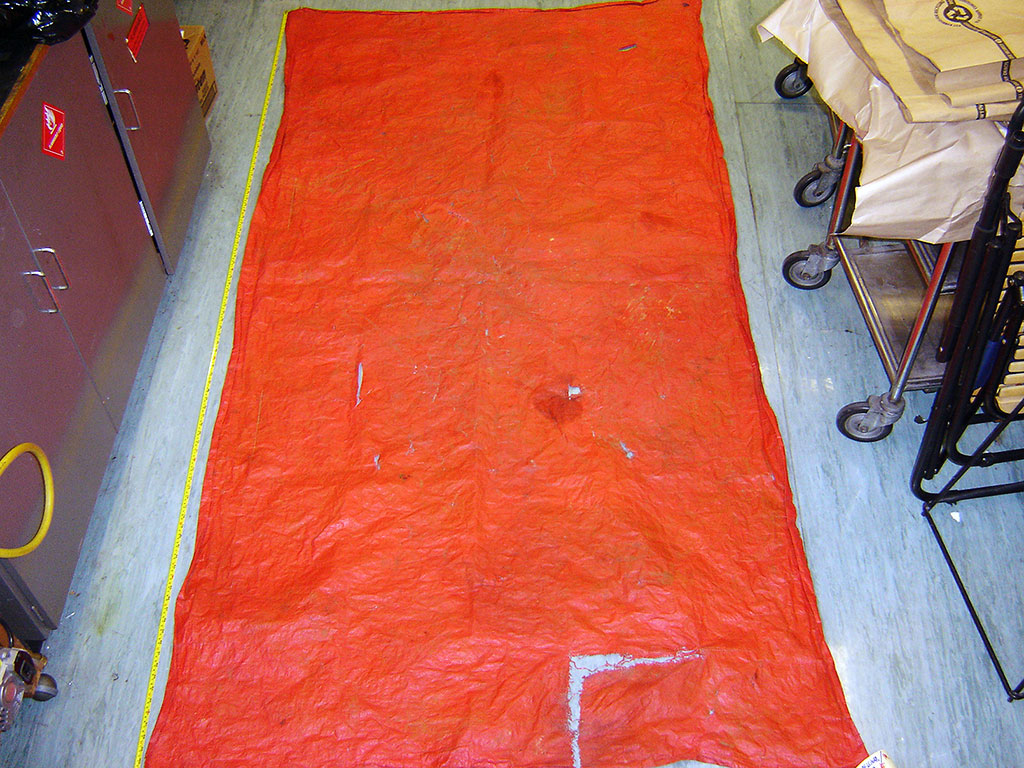 Red tarpaulin found at the scene in Waikowhai Park. 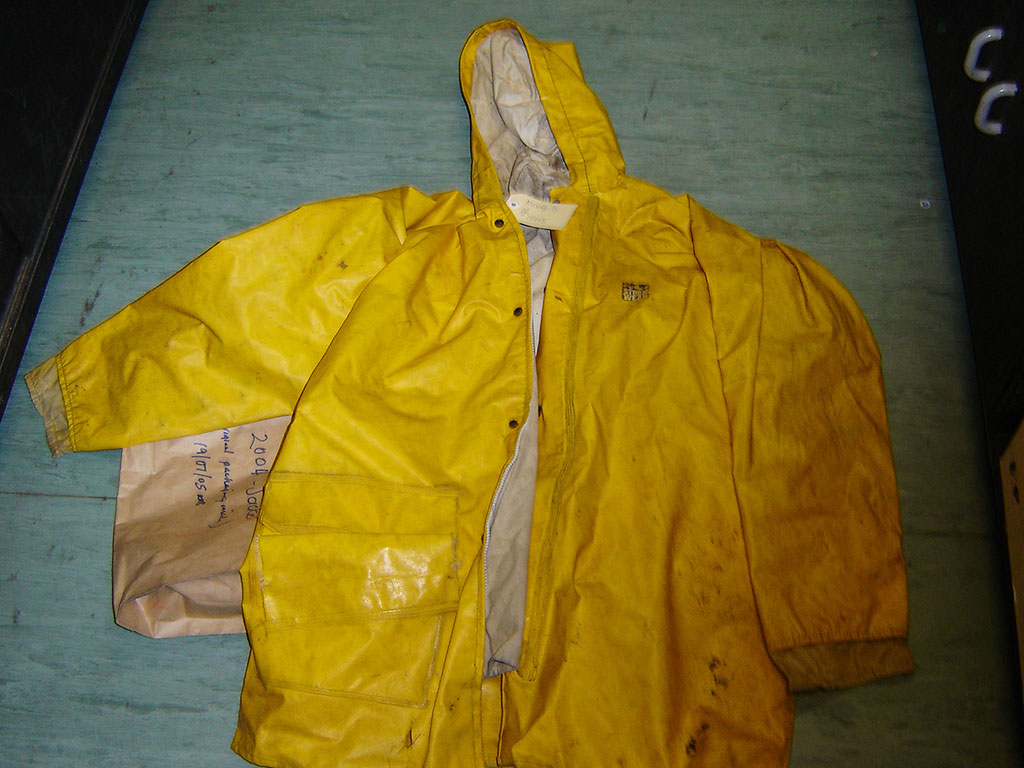 Katrina was wrapped in this yellow raincoat.

Although, police have traced the red tarpaulin, yellow raincoat, black rubbish bags - and a large landscape print and piece of marine plywood, also found with Katrina’s body - to one address in the Mt Roskill area, they believe there are people who know more about these items and how they were used the weekend Katrina was killed. 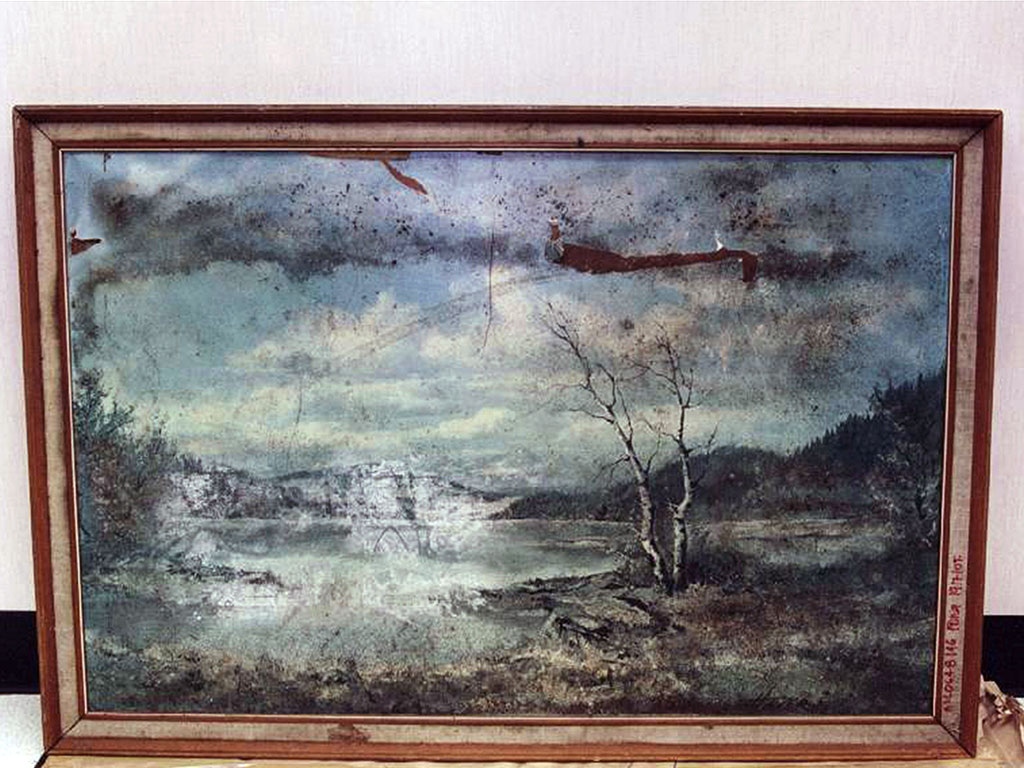 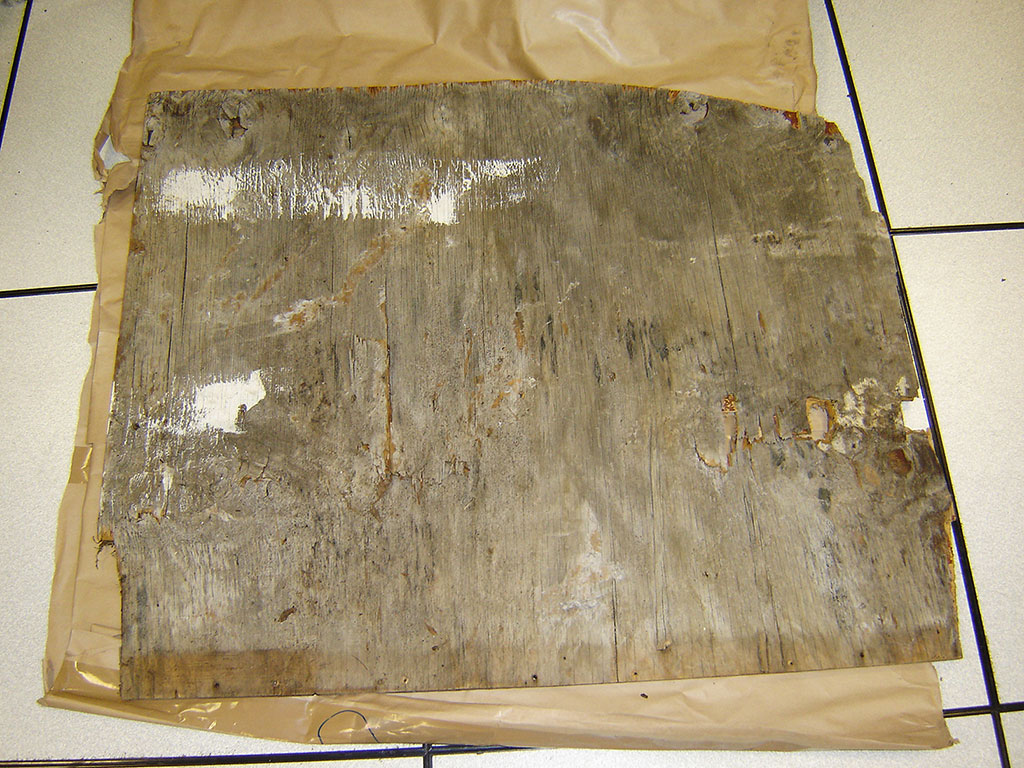 A piece of Marine ply was also found.

Can you help identify who had these items?

Katrina left home on Sunday night, 10 July 2005, wearing blue tracksuit pants, a black duffle coat, burgundy slip on shoes size 10, a peaked cap and a black Walkman cassette player. These items have never been recovered.  The Cold Case Team want to hear from anyone who may have information about them. 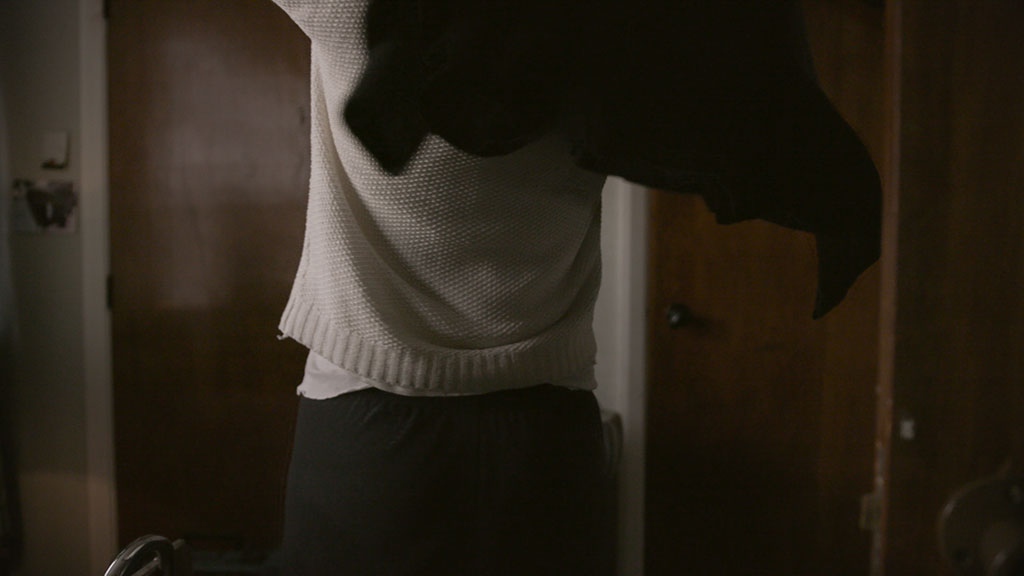 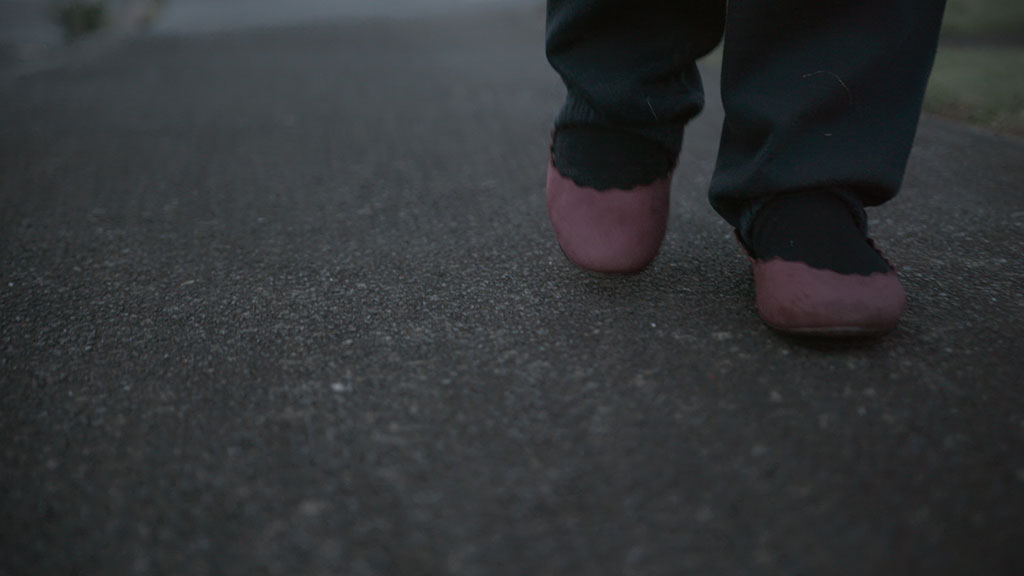 Reconstruction of Katrina in blue trackpants
and wearing burgundy slip on shoes.

Police have released CCTV footage of a car going down Waikowhai Rd in the early hours of Tuesday morning, 12 July 2005. They also have a corroborating report of a dark red / burgundy vehicle parked at the top of Waikowhai reserve around this time, with its boot up and a person with his shirt off walking away from the vehicle to the then Caltex petrol station across the road. 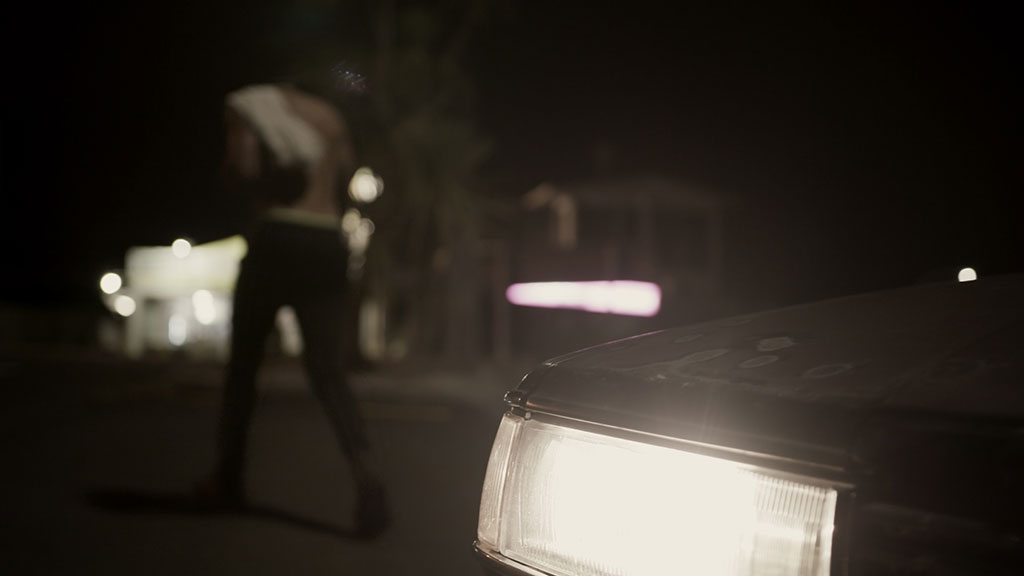 Reconstruction. Police have a report of a car parked
at the top of the reserve and a shirtless man walking
away towards the then Caltex petrol station nearby.

Police also want to hear from anyone else who was in the Waikowhai Reserve or Hillsborough Road area in the early hours of Tuesday morning 12th July 2005.

If you have information that will help the inquiry, then please leave details.