New Zealand Police' Prosecution Service has many different roles and functions. Here you can find out about some of the interesting roles you could fill.

After seven years of practising criminal defence work, Mark decided to expand his legal education and develop his professional career through becoming a police prosecutor.

"The Police Prosecution Service is a supportive work group who encourage personal development."

"I have received training on advocacy courses, relieved as a legal adviser, assisted on specific projects at National Office provided relief prosecution services out of district, and am currently an instructor on advocacy training courses at the Royal New Zealand Police College." 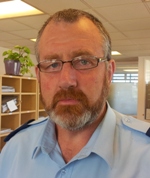 In 1999 after 20 years of operational police work Malcolm had his first experience of prosecuting. From 2000 to 2007 Malcolm was a prosecutor in Hawera and New Plymouth. In 2007 he was appointed District Prosecution Manager for Taranaki, Whanganui and Ruapehu.

During this time Malcolm was able to enjoy a deployment to the Solomon Islands and also travel to Tuvalu twice to work on prosecution projects.

Malcolm reports many changes in PPS over the past 12 years including the shift to a strong family violence focus, the Evidence Act and EM bail, to name a few. It was really very narrowly focused on purely court work in the beginning of PPS with little reporting and supervision.

Malcolm reports that in his view the PPS is well placed to meet the challenges of the political and fiscal environment now confronting all police. 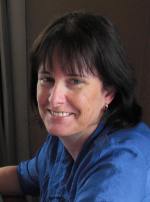 Bronwyn's been with the Police for 20 years, having worked in a Watchhouse, in driver licensing, training and then 14 years in Prosecutions as a Prosecution Support Officer (PSO).

"My core duties are preparing court lists, updating files following Court and dealing with requests from lawyers, public, government departments, Court and Police staff. I also assist the prosecutors in Court, order uniform and stationery and assist witnesses with travel. There is plenty of variety in this busy job."

Bronwyn assisted with the development and training of Prosecution Case and is currently working on a National Desk file, a PSO MyClass site in Te Puna and interactive training modules for PSOs.

Working with PPS has allowed Bronwyn to work on some diverse projects and further her personal development. She has been sitting management papers extramurally through Massey University and recently completed a Training Instructors Course at the RNZPC. 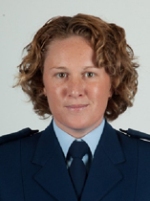 Andrea joined Police Prosecutions to develop her advocacy skills and obtain court experience. "Starting out as a prosecutor is a high learning experience. The job has a lot of variety and involves working both within a team and as an individual."

As a police prosecutor every day is different. "Usually I have one day to prepare a number of files for defended hearing which involves discussing the case with the officer in charge, determining what the legal issues might be in Court and preparing legal argument. The following day will be spent in court running defended hearing where I will lead evidence and cross examine witnesses and advance the police case." 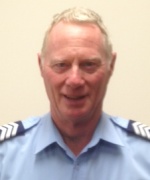 "I have always been intrigued by courtroom drama, so this work suits my personality type. Being successful in court is a great confidence builder. It keeps the brain growing."

Brian's current role is specialising in "committal procedures." This role involves writing submissions to back up arguments in court. This involves a lot of time networking with CIB staff and the Crown.

"PPS has given me the opportunity to increase my knowledge and skills and to take on challenges that I doubt would have been available anywhere else in policing. Through PPS I was able to develop my training skills by delivering training to prosecutors in Samoa."

What has Brian learnt while being a prosecutor? "Even when you think you have the most water tight of cases, someone will find a way of putting holes in it. Never assume anything and take nothing for granted." 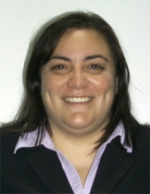 Prior to NZ Police Rebekah was practising as a lawyer in a Community Law Centre. She was motivated to apply for a prosecutor position due to her interest in Criminal Law, and from hearing positive feedback from acquaintances in prosecuting. After prosecuting for around four years Rebekah successfully applied for the Waitakere District Prosecution Manager (DPM) vacancy. She is now working as the DPM for the Northland Police District managing three offices (Whangärei, Kaikohe and Kaitaia).

"When I was prosecuting I found the role really challenging and rewarding at the same time. Prosecuting forces you to think on your feet which is excellent for developing advocacy skills and building confidence. Being in a management role in Prosecutions also has its challenges as there are times when I have to make difficult decisions but the staff are fantastic to work with and you build excellent working relationships with other managers and staff to achieve positive outcomes for victims of offending”. 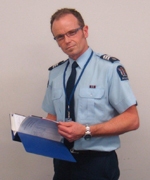 What made Grant want to get in to working as a prosecutor? "Some might say it's because I like talking! Whilst that might be somewhat true I relish the unique challenges that such a position presents and in particular advocating and prosecuting in the court room environment."

Grant has found that PPS has actively encouraged and facilitated opportunities to develop his interest in teaching. "I have delivered training on at the Royal New Zealand Police College and am excited about the prospect of opportunities to deliver training to other countries in the Pacific."