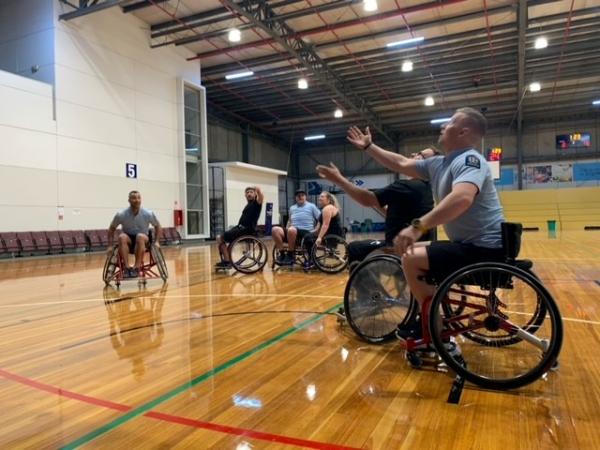 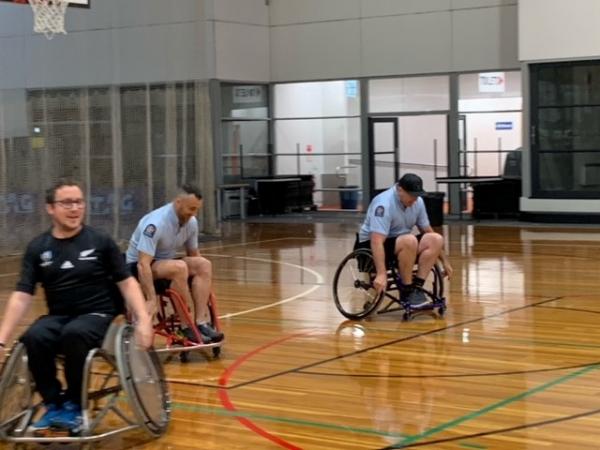 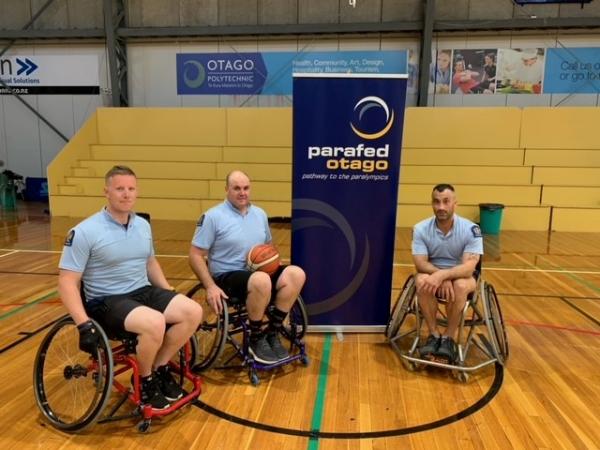 After Constable Tim Coudret discovered a mutual love of basketball with Otago Panthers players Ryan Standring and Jessica Hamill, who are both Southern police staff working in file management, he was invited to join in the tournament and give wheelchair basketball a try. Constable Zane Elliman and Sergeant Adrian Cheyne joined Tim as part of the 'Boys in Blue' team to take on the other wheelchair basketball teams.

Ryan has been a keen wheelchair basketball player since he was 17.

“I have spina bifida, which affects the nerves and feelings in my lower legs and feet,” says Ryan, “I have no feeling in them from my knees down. Wheelchair basketball is a great sport where I can be competitive and able to be on a level playing field with any able body, as I’m not as mobile on my feet like most people.”

Tim said both teams gained a lot from the games. “At first there was a lot of wheeling around in circles from us in the Boys in Blue team, but after a few games we came good and offered a good challenge to the teams.“

But it wasn't enough to hold off the opposition. The Panthers split into groups for the tournament and Ryan's team, the Hurricanes, beat the Boys in Blue convincingly, going on to win the tournament.

More match-ups are now planned, and Tim has signed Ryan and Jess up to Police Sport with the end goal to get some wheelchair sports at the winter games.