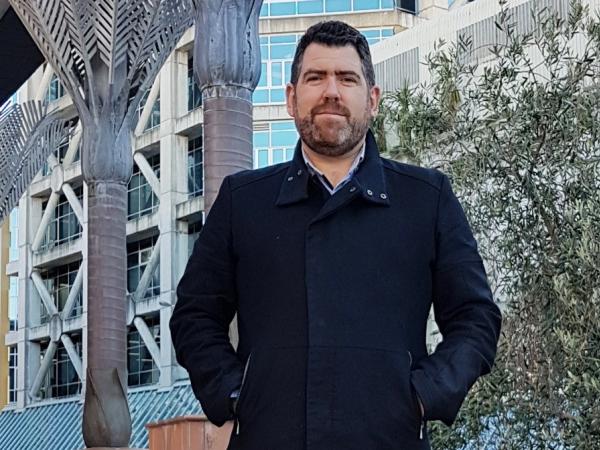 Wellington CIB’s sexual violence prevention campaign Don’t Guess The YES is going from strength to strength – picked up by other agencies and included in a current national online media series.

The awareness campaign was launched in December last year as #betterdecisions, urging party season revellers to think about the impact alcohol has on decision-making and consent. This included four videos promoted on Facebook.

In early 2018, Wellington City Council, Sexual Abuse Prevention Network and the Victoria and Massey university student associations came on board. The campaign expanded under the banner of Don’t Guess The YES and was relaunched at the city’s Danger Danger bar.

“We want to maximise opportunities to get our messages to our target audience, including at events, student activities and around the Wellington bar/club scene,” says Ben.

“Alcohol is a factor in around 50 percent of adult sexual assault cases reported in Wellington CBD. The campaign is an opportunity to raise awareness and encourage discussion.”

Wellington CBD sees 18 percent of the district’s sexual assaults. In 70 percent of victimisations, no offender is identified or the offender was unknown to the victim before the day of the offence.

Ben says the campaign has three key messages: “Don’t Guess The YES means having the consent of the other person at all times; not saying ‘no’ doesn’t mean ‘yes’; and make better decisions around alcohol consumption and sexual consent.”

The campaign has been embraced by NZDF as part of its Operation Respect campaign on harmful sexual behaviour and attitudes, and the messaging has been shared with the Canadian defence force.

Posters from the campaign will feature in an upcoming exhibition at Auckland Museum (see links below).

A Don’t Guess The YES training day and forum was recently held with around 80 members of the hospitality industry, including managers, bar and security staff.

“It’s really struck a chord with people,” says Ben. “It’s nice to have something gathering momentum and changing attitudes and behaviours.”

The campaign is also gathering pace in other media channels. Ben - alongside Wellington Sexual Abuse HELP’s General Manager Conor Twyford - recently featured in the first episode of the ‘Speaking Secrets’ podcast series, a co-production between Newstalk ZB and the NZ Herald.

The series examines the worldwide #metoo campaign against sexual abuse and harassment, but with a New Zealand focus.

Ben says they talked about Don’t Guess The YES and Wellington district’s ASA situation, including the steady increase in reporting during the past seven years and the doubling of investigative staff to address the demand.

He reinforced that victims should report to Police and trust that their case will be investigated professionally and with empathy and respect.

The pair also outlined the range of agencies and NGOs people can turn to for help and agreed that as awareness around the issue increases, reporting is also likely to increase, requiring additional resources.

“If the MeToo movement continues and people continue to talk – which I hope they will – and develop trust and confidence in us and other services, demand's going to increase and we're going to have to meet it,” Ben says.

The Wellington ASA prevention team is planning for ongoing messaging for the Christmas, New Year and summer period.