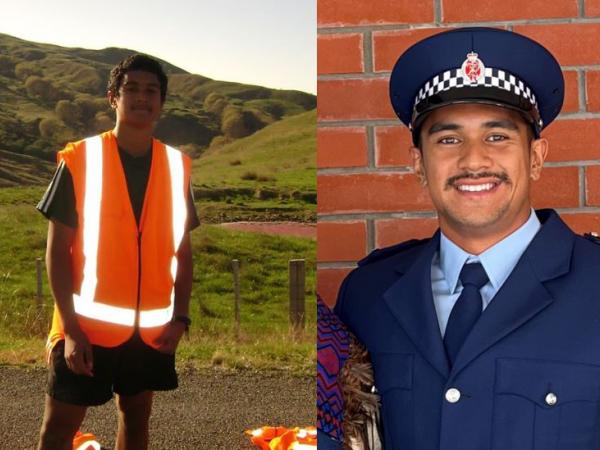 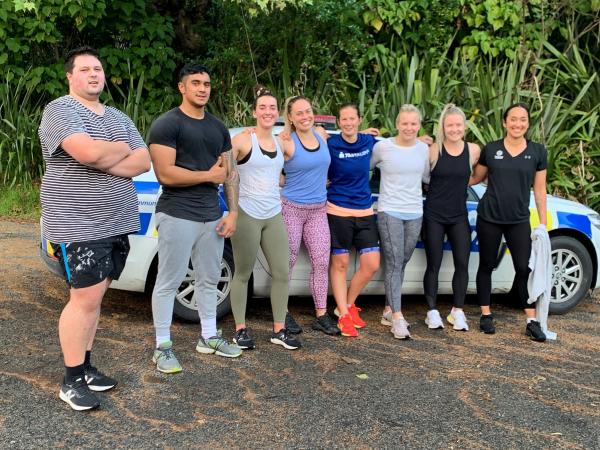 When Jahred Clarke signed up to a CACTUS programme at the age of 14 to get free shoes, little did he know it would be the catalyst for a career in policing more than a decade later.

Jahred - now Constable Clarke - graduated in Wing 351 last month and went straight to the protests at Parliament to support his new colleagues. While there he bumped into Hawke’s Bay Area Commander Inspector Lincoln Sycamore, who helped run the CACTUS course he attended in Gisborne nearly 10 years earlier.

The eight-week Combined Adolescent Challenge Training Unit (CACTUS) programme allows Police staff to build positive relationships with rangatahi, their whānau and partners in the community through working together on challenging physical and mental tasks.

Jahred says he and his mates were attracted to the programme at Lytton High School in Gisborne by the "free gear and breakfast" but got so much more.

“We didn’t know we would have to be at school at five o’clock in the morning to carry logs through town, run through mud and get disciplined - but what I got out of it has stayed with me ever since," he says.

“It taught me routine, to be organised, to listen and to have attention to detail. It also instilled strong values in me and showed me the importance of comradeship.”

Jahred says the course piqued his interest in the services and, at 18 years old, he joined the Navy to train as an officer.

“I know now that I wasn’t mature enough when I joined and only lasted five months, but I came out knowing I wanted to join Police, and knew I had to get some experience and maturity before I applied.”

Jahred spent several years working in various jobs including at NZ Customs, and in December 2020 he started the application process for Police.

“I monitored myself over the years as I knew I needed the right mindset to join, so getting life and work experience helped me prepare and mature.”

Jahred has always had strong support from his whānau, with his father very keen for him to follow a career in Police or the armed forces.

Jahred says he will never forget his time on the CACTUS Programme and hopes one day he will be able to support the programme to give back to something that helped him find his place in the world.

In Eastern District, the CACTUS programme is still running in Gisborne, Wairoa, Napier and Flaxmere.