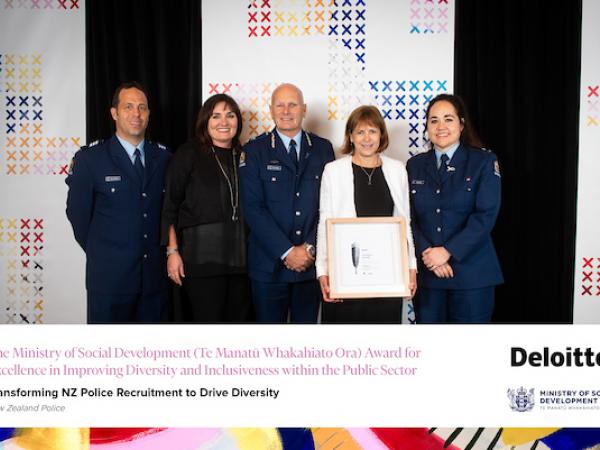 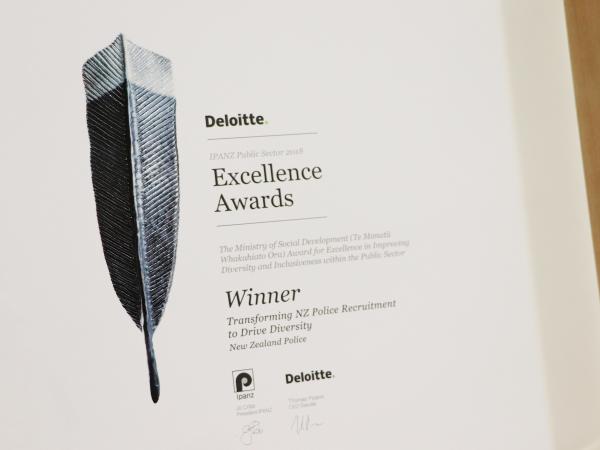 “NZ Police is delighted to be named as the winner of the Excellence in Improving Diversity and Inclusiveness within the Public Sector category of the IPANZ Public Sector Excellence Awards 2018 for its recruitment to drive diversity campaign,” says Mike Bush, Commissioner of Police.

“Transforming NZ Police Recruitment to Drive Diversity was a recruitment campaign that showcased NZ Police as a great place to work where diversity is valued,” Commissioner Bush says.

The Awards judges said of this project, “This is an innovative approach that covers a broad range of activities and integrates them into good practice across the Police.”

Posted on the NZ Police Recruitment Facebook page in November last year, the video reached one million people in just 12 hours. Within 24 hours Police received a month’s worth of potential recruit queries. In addition, valuing diversity was followed through in the recruitment process and recruit training.

“It has been a wonderful success story for our recruitment and once again I thank all the staff involved’, said Commissioner Bush.