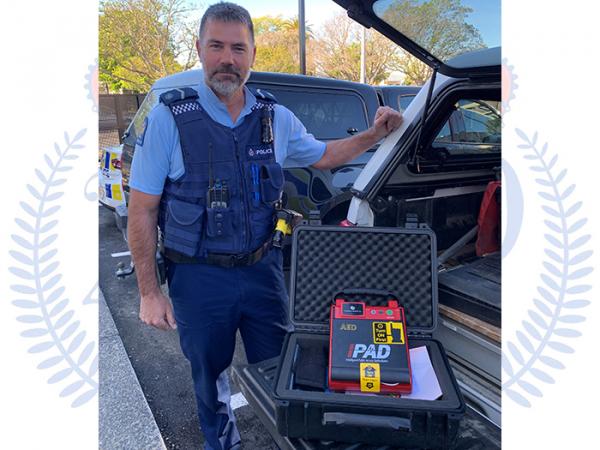 A Hastings Police officer helped save a man’s life using an Automated External Defibrillator (AED), just two days after he was given the device to put in his patrol ute.

Rural Community Constable Senior Constable Brad Clark was on duty in Havelock North on 02 October when he heard a report of a sudden death come through on the radio, followed by the local fire station sirens going off.

“I was close by when the report came in and thought if the local fire siren is going this person could still be alive, so I shot around the corner to see if I could help,” says Brad.

An off-duty nurse was performing CPR on the man, who Brad says was not breathing and had no heartbeat.

“I got the AED out of my ute and shocked him, and we managed to get him breathing again.”

An AED is a lightweight, portable device that delivers an electric shock through the chest to the heart. The shock can potentially stop an irregular heartbeat (arrhythmia) and allow a normal rhythm to resume following sudden cardiac arrest.

When St John Ambulance arrived, the officer on board said the man was lucky to be alive thanks to the efforts of those at the scene. 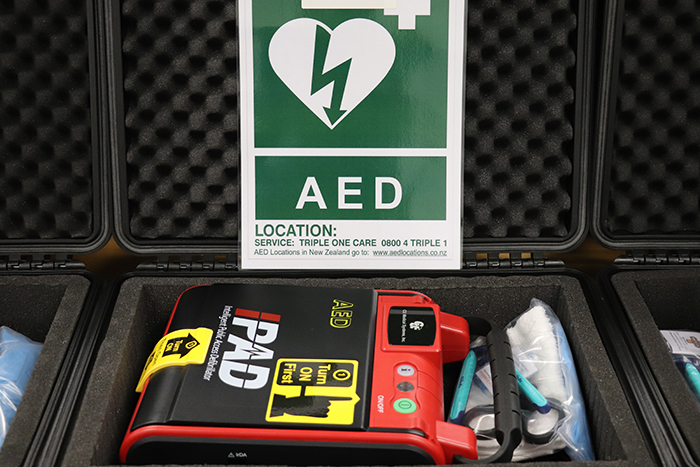 An AED can increase someone’s survival chances by up to 44 per cent.

Napier Sergeant Shane Greville was off duty, heading in to start work when he saw the police ute and flashing lights and stopped to help. He says Brad was so calm and showed real leadership, providing guidance to others on the scene.

Brad says AEDs are an incredible piece of equipment that save lives. In fact, he says this is the second time he has used one to save a life!

He says he’s been advised the man concerned is still recovering in hospital but is expected to be OK. The hospital says that’s largely thanks to the quick police response and the use of a Police AED.

A further 368 AEDs were put into police vehicles across the country earlier this year as part of Police's commitment to safe homes, safe roads and safe communities.