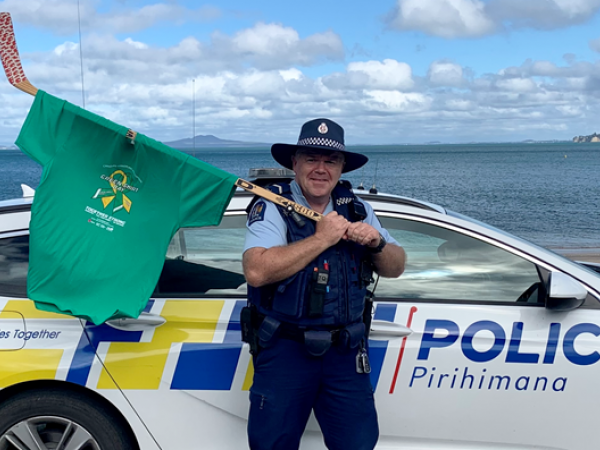 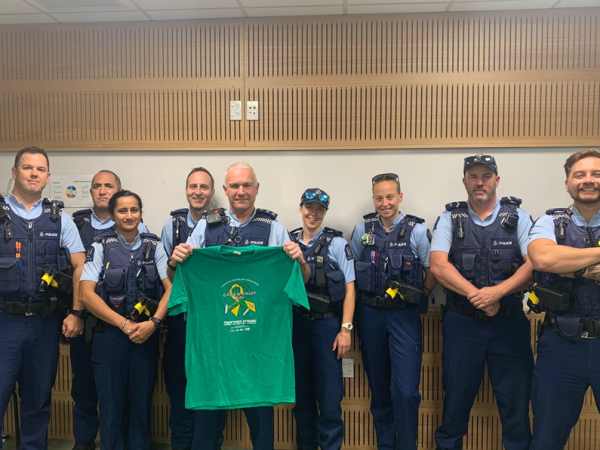 Home > News > Ten One Magazine > Flying the shirt to save lives

Today (07 April) is Green Shirt Day. That might not mean much to most of us, but it has special resonance for at least two of our staff.

Inspector Lincoln Sycamore, from Eastern District, and Senior Constable Bryan Ward, from Waitematā, have personal connections to the campaign which arose from a tragedy in Canada and aims to raise awareness of organ donation.

With donation rates low in New Zealand, Lincoln and Bryan - coincidentally wingmates from Wing 165 in 1996 - are happy to fly the flag, or shirt, for the campaign.

On April 6, 2018, the Canadian Humboldt Broncos ice hockey team’s bus crashed, killing or fatally injuring 16 of the 29 people aboard. Among the victims was defenceman Logan Boulet, who died the following day.

Logan had previously discussed being an organ donor with his parents Bernadine and Toby Boulet and, after his death, his decision saved six other lives.

What became known as the ‘Logan Boulet effect’ took root in Canada. Green Shirt Day was created to honour the victims of the crash and to continue Logan’s legacy by inspiring Canadians to talk to their families and register as organ donors.

Dave became an overnight sensation in 2020 when he was called away from his behind-the-scenes job at the Toronto Maple Leafs’ stadium to stand in as goalie for the injury-hit visitors from Carolina. He played a blinder, the visitors won and Dave entered the NHL Hall of Fame.

“When Dave played his big game for the Carolina Hurricanes, Lincoln rang me to see if Dave was doing anything with Toby,” says Bryan.

They didn’t know it but the answer was ‘yes’ - Dave and his wife Sarah flew to Calgary to lend their support to Toby and the Green Shirt Day team.

“It really goes to prove what a ‘village’ the world is and how sometimes your community can be a little bigger than you think,” says Lincoln.

“What are the odds that two Kiwi cops from the same wing from 1996 would know two people passionate and advocating for the same cause in Canada?”

Lincoln and Bryan are keen to help their friends by supporting Green Shirt Day and encouraging Kiwis to have those tricky discussions about organ donation.

According to Organ Donation New Zealand, in 2020 there were only 64 deceased organ donors in the country.

To find out more about becoming an organ donor, visit www.donor.co.nz. “Tell them Logan Boulet sent you,” says Bryan.