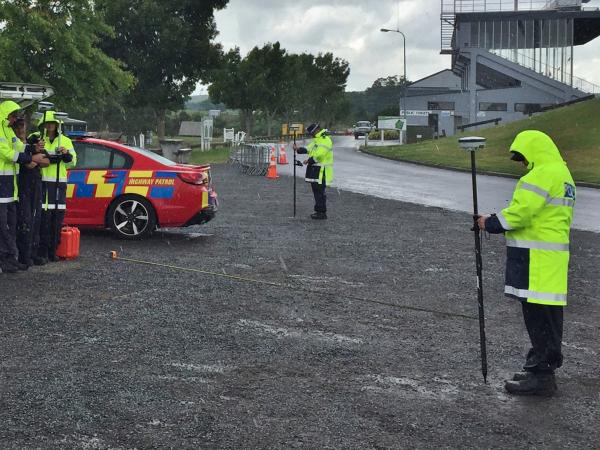 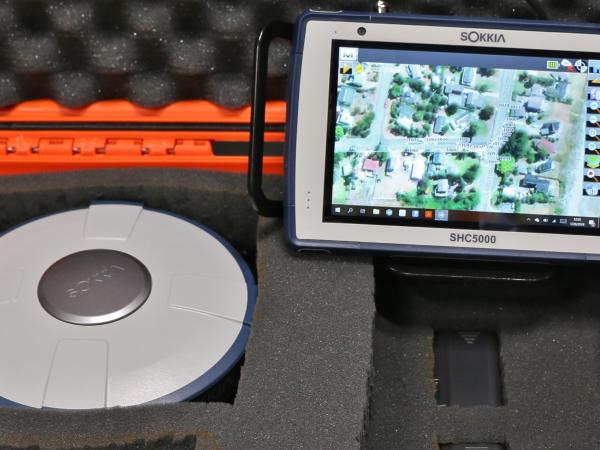 Staff in Wellington, Canterbury, Central, Eastern, Bay of Plenty and Waikato districts are using Sokkia GRX2 GPS units which are credited with nearly halving the time roads need to be closed for mapping a crash scene.

Training is being delivered to staff in the Tāmaki Makaurau districts with a view to introducing them there. A business plan is being prepared for a rollout to remaining districts.

Police has worked with our road safety partner NZTA in developing the new approach - and together we look forward to seeing the benefits to road users, says Senior Sergeant Chris Whitehead, National Coordinator Crash Investigations.

“This technology enhances the ability of Serious Crash Analysts to gather and present the best evidence available,” says Chris.

“It has the added benefits of substantially reducing the time required to accurately survey a scene to a high evidential standard, which means resources can be freed up from crash scenes sooner and road users won’t experience the same delays.”

The units operate on the cellphone network and are connected to an operator’s tablet via Bluetooth. Data can be overlaid on a Google map or satellite image of the scene, and downloaded from the tablet to create a 3D map.

Units are mounted on a telescopic pole, meaning there is less gear to carry than with a theodolite and tripods. They also take far less time to start and activate and can operate better in bad weather.

While the current theodolite units require a clear line of sight for laser-enabled surveying – meaning a passing truck can interrupt the process – the new GPS Sokkia units, taking positional information from satellites overhead, do not.

The units can make the difference between a road being fully or only partially closed, and can greatly reduce the length of closures – by an estimated 50 percent in one crash in the Bay of Plenty.

They worked with Sergeant Bruce Wilson, at The Royal New Zealand Police College, to configure and test the equipment, write training manuals and ensure the software was compatible with existing software. Late last year they began training district SCU representatives.

“This has revolutionised the way we do things,” says Glenn. “It’s a pretty awesome piece of kit.

“It’s much quicker, there’s less equipment to carry and, from a safety perspective, it can be operated by one person who knows how to position themselves in relation to traffic or other obstacles without causing any unnecessary risk.”

Glenn used the equipment at a crash scene on the Aotea Flyover, on SH1 in Wellington, which required mapping both the roadway and debris on the railyard 15 metres below.

He says the new system potentially saved him hours, both at the scene and at base where he was able to download a 3D map of the complex scene.

Glenn’s Wellington colleague, Constable Lisa Toseland, says she was impressed with how simple the unit was to use after operating it on her own for the first time.

“I was really stoked with how the map came out,” she says. “There was no additional work needed at the station – you can use the information straight away.”

Normally the Sokkia GRX2 units operate in pairs, with a base unit and a rover unit, but Police’s eight units have been reconfigured - with supplier Position Partners - to work independently, using a fixed receiver in the vicinity as a base unit.

“The intent of the National Road Policing Centre is to ensure SCUs are using the most up-to-date equipment possible and take advantage of the increasing cellular coverage across our State Highway network, enabling them to work more efficiently and effectively,” he says.

“There are real benefits for our people on the road and for the general public as well from use of the new equipment.”

If you are interested in joining the SCU or learning more about the technology or an SCU analyst’s role, contact Senior Sergeant Chris Whitehead for more information.
Previous
It's the flying squad!
Next
Students welcomed to Police studies