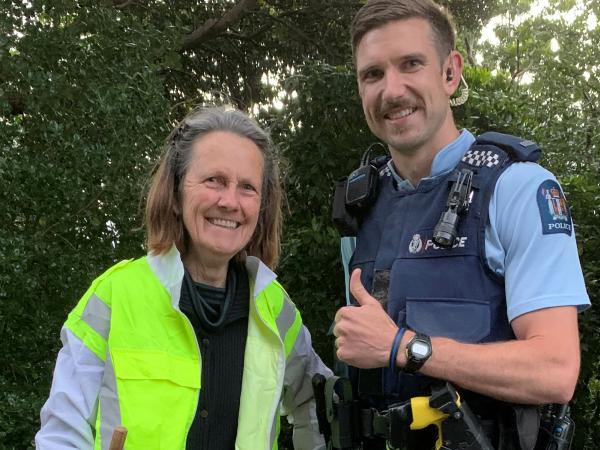 A simple gift of a high-vis vest has meant a community guardian can continue her vital work safely.

The drivers were concerned for the woman’s safety as where she was sweeping meant they had to swerve to avoid her.

“We got chatting to Catherine for a while and she explained to us that her husband, who had sadly passed away, used to sweep the same location for years and she wanted to carry on what he had started,” says Josh

After giving Catherine some safety advice to help her continue her selfless work, it got Josh and Juan thinking about what more they could do. They headed back to the station and returned a short time later with a non-branded high-vis vest that they gifted to her so she could be more easily seen.

“Catherine was over the moon with the vest and instantly put it on," says Josh.

“She was super thankful and we had to tell her several times that it was now hers to keep to ensure her safety while carrying out the amazing job she was doing."