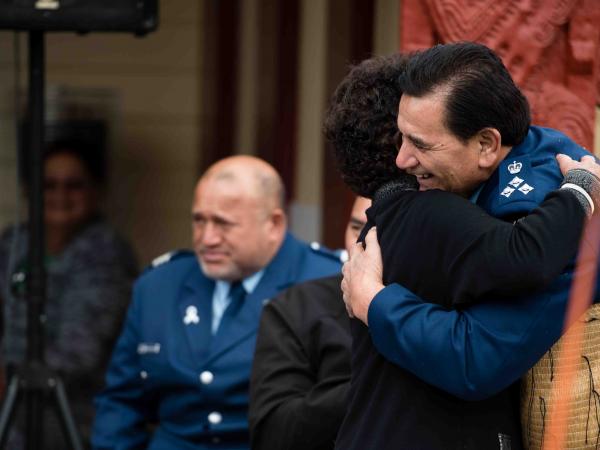 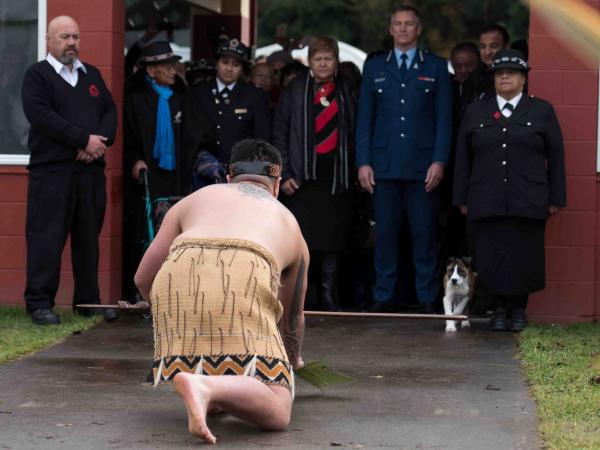 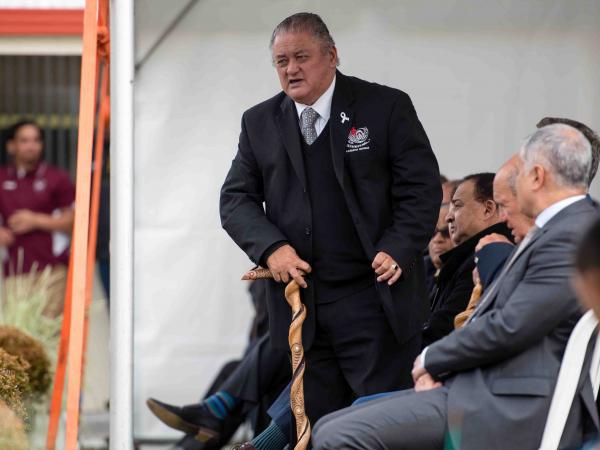 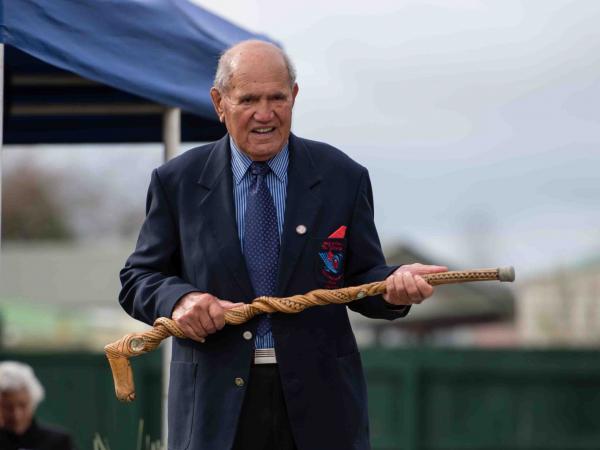 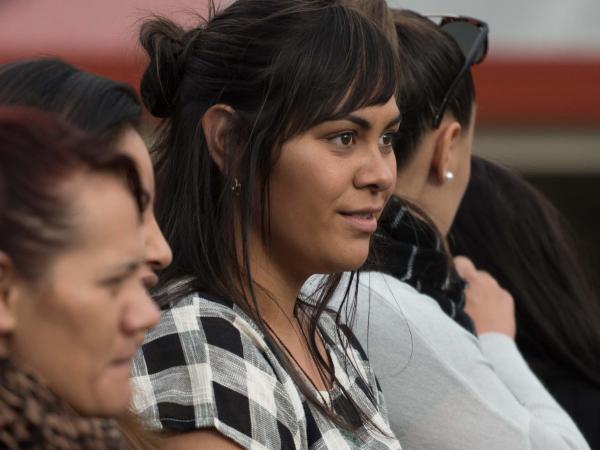 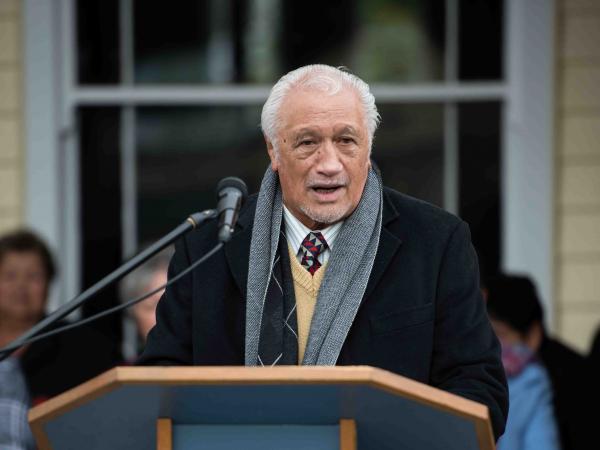 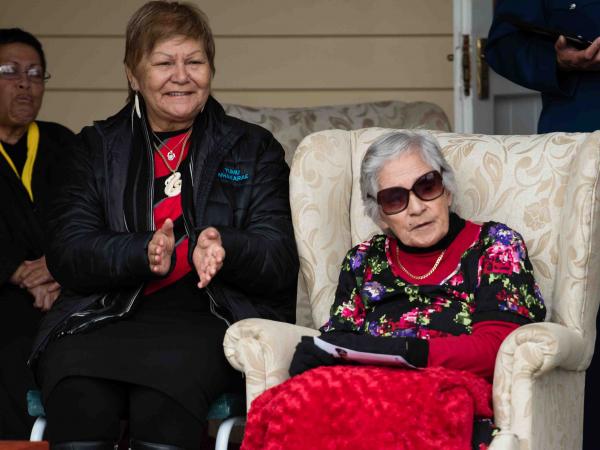 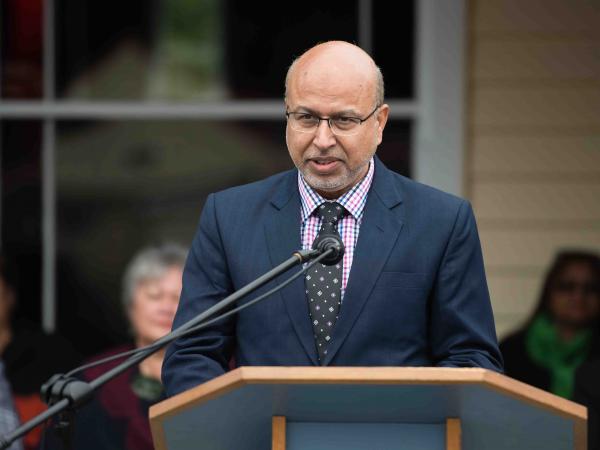 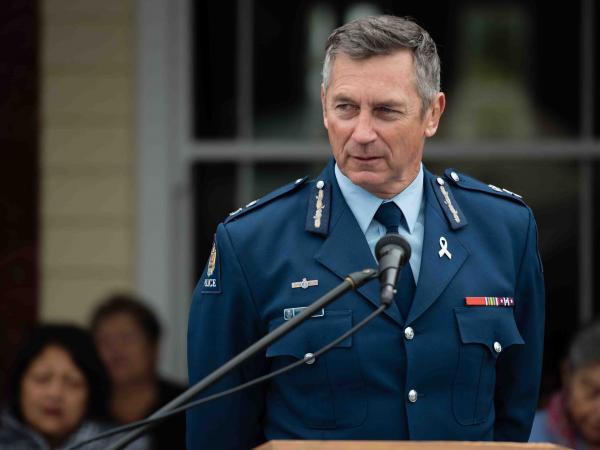 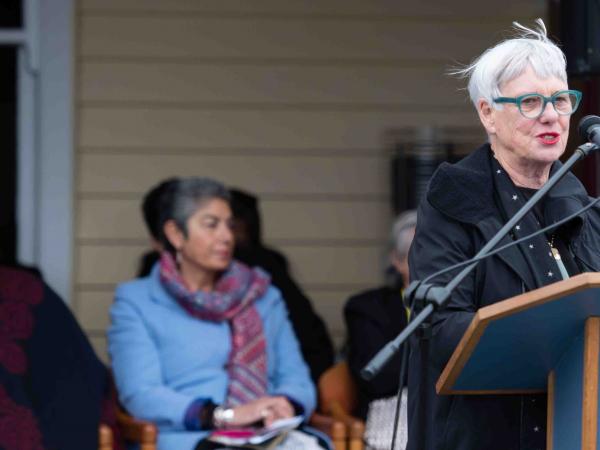 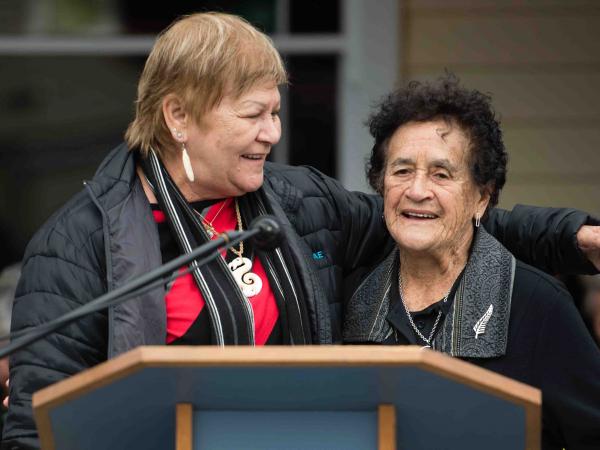 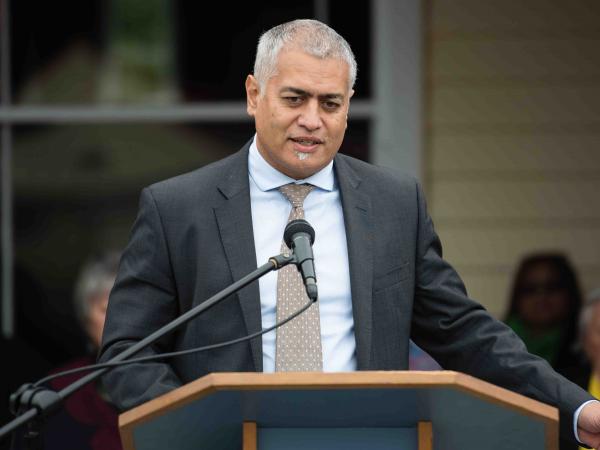 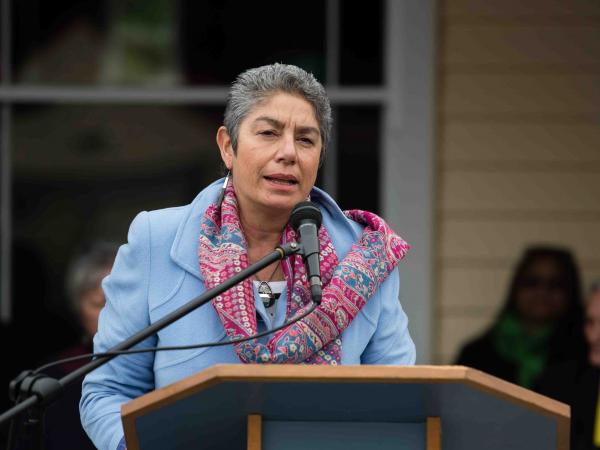 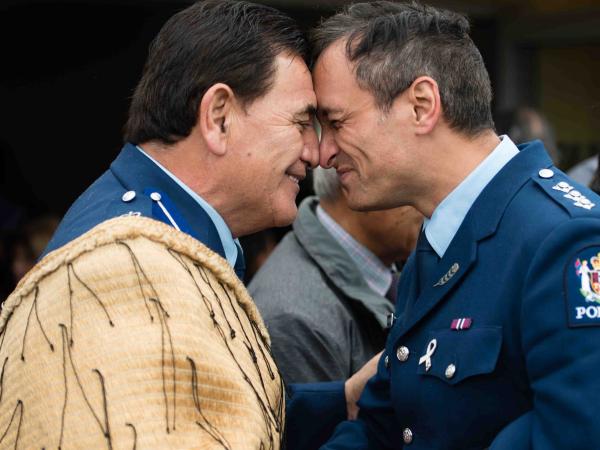 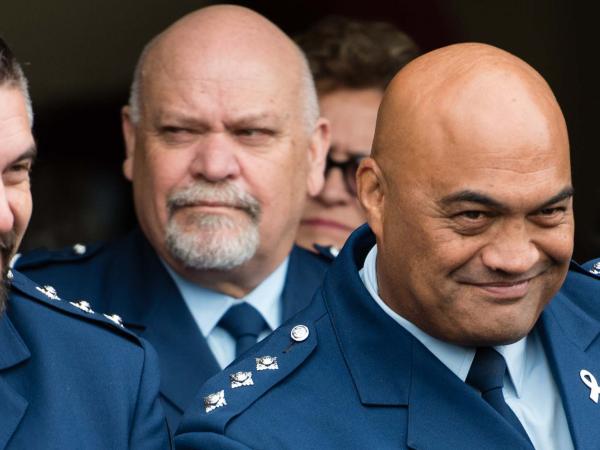 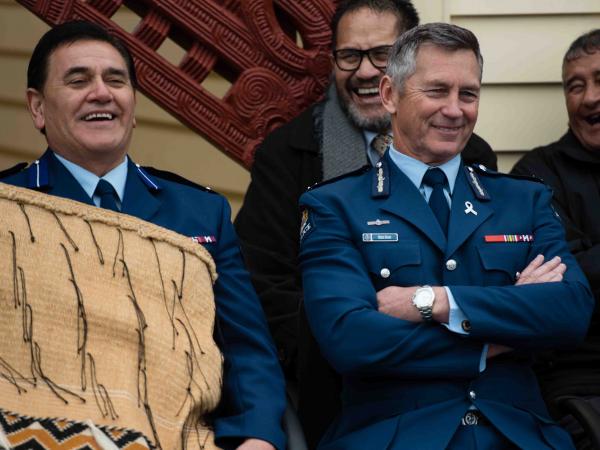 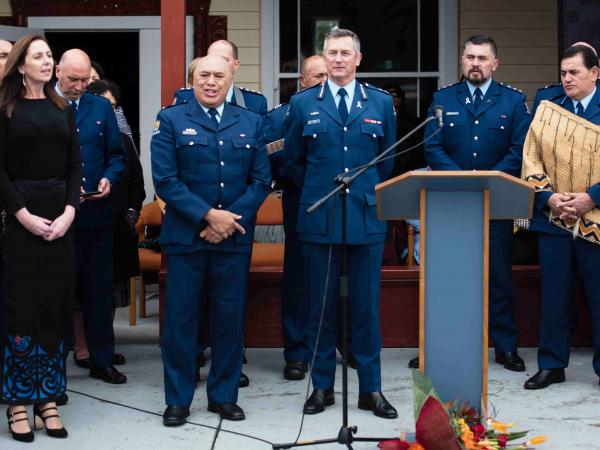 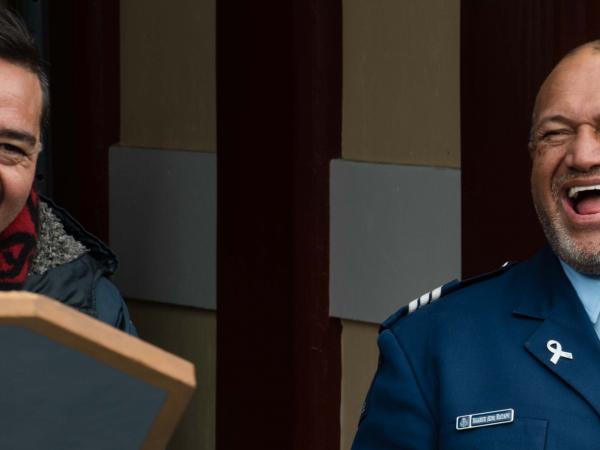 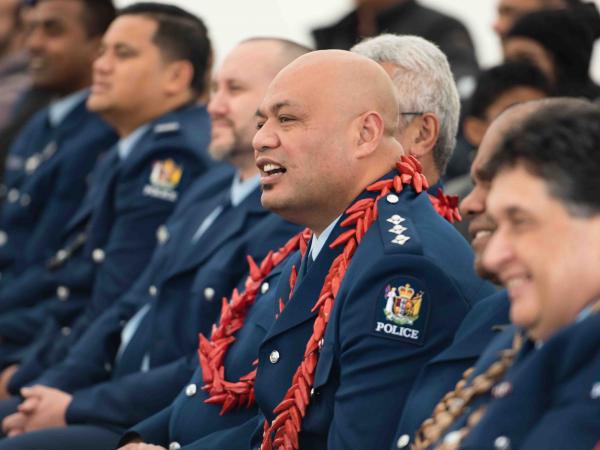 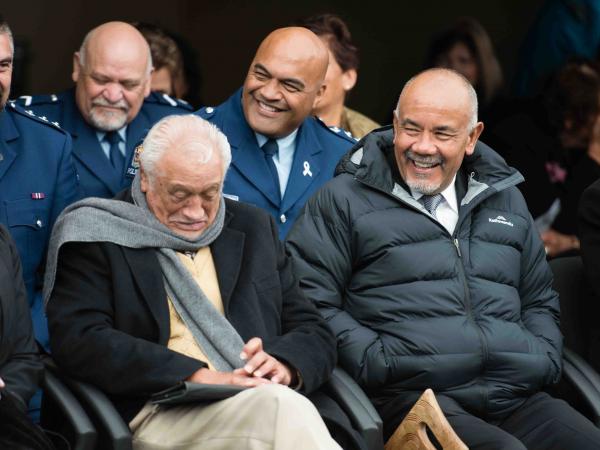 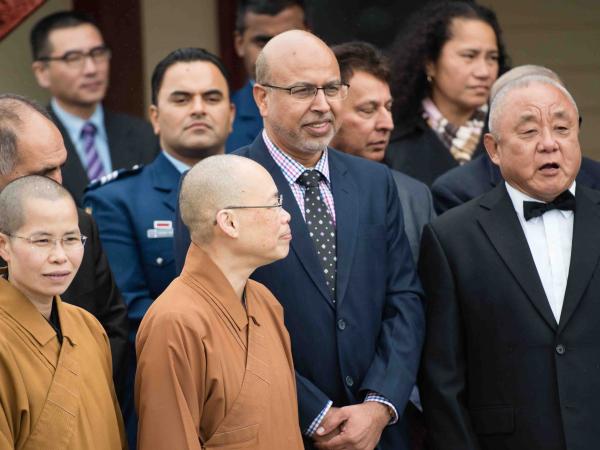 Home > News > Ten One Magazine > Honoured in his own land

The marae hosted a pōwhiri in honour of Wally, who was recently promoted to Assistant Commissioner and was made an Officer of the New Zealand Order of Merit (ONZM) in the Queen’s birthday honours.

They praised Wally for his leadership and personal commitment to improving relationships between Police and Māori, Pacific and ethnic communities.

Commissioner Bush acknowledged Wally’s mana, passion, strength and commitment. “He is relentless in what needs to be done.”

Sir Toby praised Wally’s “high-level ability to use impeccable words that people aspire to, in order to achieve the outcome they all seek”.

“We are all aware that a relationship with the police, at one time heavily strained with a deep level of distrust, has done a total 360-degree turnaround,” said Sir Toby. “A complete flip has occurred.”

Many speakers acknowledged Wally’s abiding links with the marae, despite his move to Wellington to increase his influence across the organisation.

Wally, who has been in Police 33 years, was awarded the Queen’s Service Medal in 1996. He has led Police’s involvement in sensitive issues including the Foreshore and Seabed dispute and rebuilding the trust of Tūhoe after Operation Eight.

He served as National Strategic Māori Adviser, then General Manager of the Māori Pacific and Ethnic Services Group, then Deputy Chief Executive Māori. He was promoted to Assistant Commissioner in May.

Wally says the sentiments shared were personally deeply touching - but the event acknowledged the work of the whole organisation. The gathering of leaders from so many communities underlined their growing trust and confidence in Police.

“I’m extremely proud to represent my whānau, my community, my hapu and Iwi,” says Wally. “To have so many people come to my marae, on that day, was humbling to say the least.

“But more important was the acknowledgement of the work of our Māori, Pacific and ethnic liaison officers, who continue to strengthen relationships across our many cultures, and Commissioner Bush for supporting us to do what we do best.

“I will be forever grateful for the support I’ve received from my community and from Māori, Pacific and ethnic communities and their leaders for the mahi that New Zealand Police do every day to keep New Zealanders safe.”