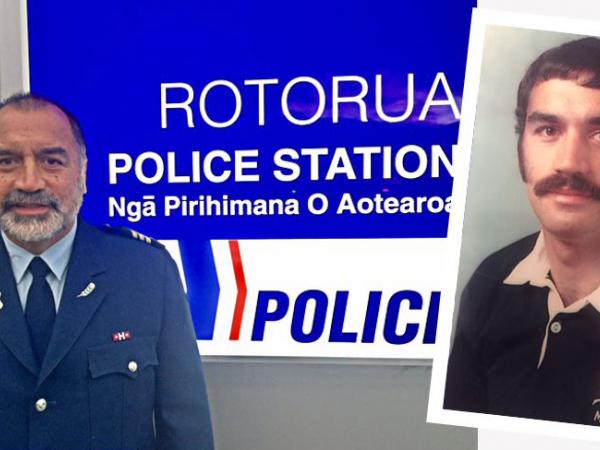 Home > News > Ten One Magazine > Lehi and the Lions

When the Māori All Blacks take the field against the British and Irish Lions in Rotorua tomorrow, few will be watching more closely than Sergeant Lehi Hohaia.

Forty years ago, as a young back playing his second game for Waikato, Lehi - now Iwi Liaison Coordinator in Rotorua – played against the vaunted 1977 Lions at Hamilton.

Lehi went on to become a Māori All Black in 1980, scoring one try in his two games. This evening he is meeting up with fellow former Māori All Blacks and others at a reception.

Though they could not match the heights of their victorious 1971 tour, the 1977 Lions squad still boasted a line-up of giants of the game and they beat Lehi’s Waikato team 18-13 in a tight match.

“We were hot on the attack, especially in the second half,” says Lehi. “It was a pretty close game but they had some great players – like Bryn Williams, Phil Bennett, Steve Fenwick and Andy Irvine.”

Early in the game Lehi put in a spirited tackle on second-five David Burcher – “being an ex-League player I was known for my crash tackles” - and spent the rest of the match marking Burcher’s replacement Ian McGeechan.

“They were really good guys,” he says. “That night I ended up having dinner with Fran Cotton.”

In his Police role, Lehi is coordinating the Māori Warden presence at and around tomorrow’s sold-out match - and their role in ensuring Rotorua makes fans who stay on in the city feel welcome.

As a fan and former player, he has been watching the 2017 Lions’ progress closely and rates them as a very good team with a great team culture.

He believes the Highlanders this week showed the way to beat them and is looking forward to the Māori All Blacks “throwing the ball around and showing a bit of Māori flair”.

“I think the Lions will give them a good go. But you’ve got to feel sorry for them because they have such a tough tour ahead of them.”

He notched up 51 first-class games, including 24 for Waikato and – after joining Police in 1980 and being posted to his fourth-choice station Rotorua - 22 for Bay of Plenty.