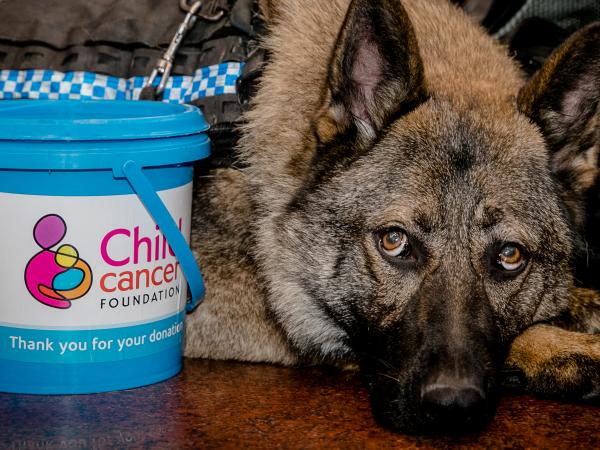 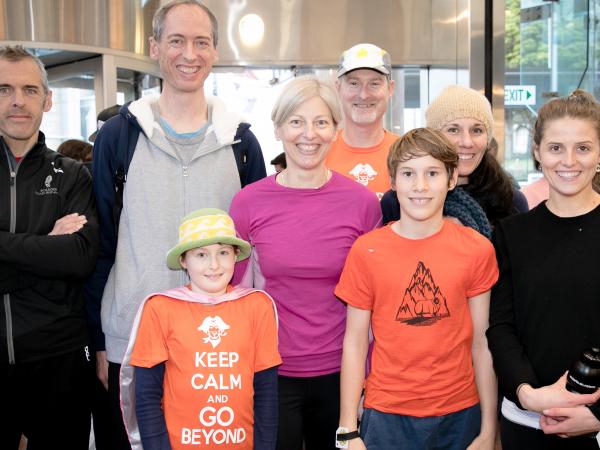 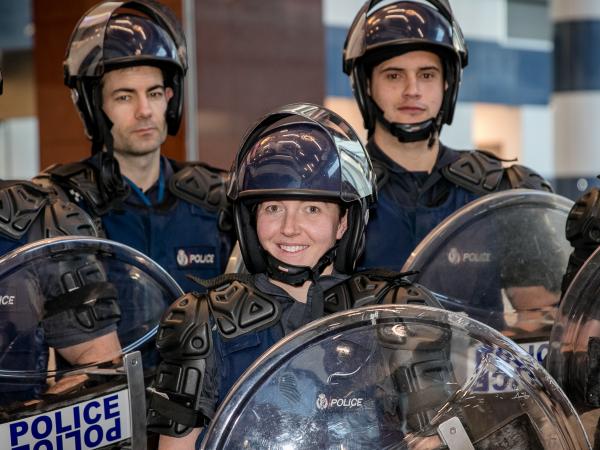 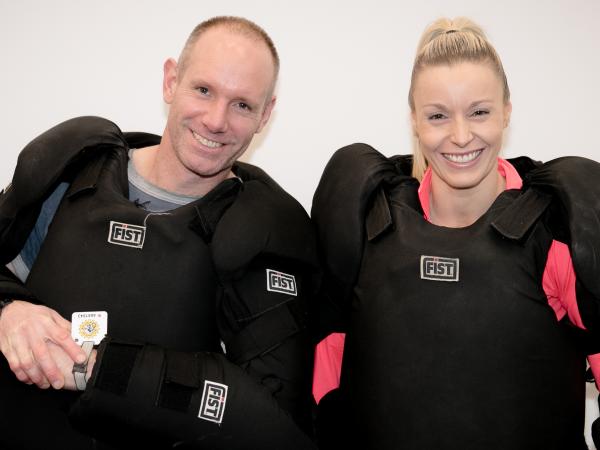 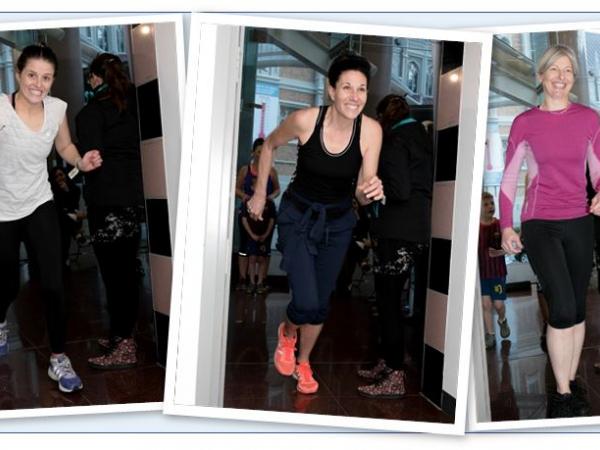 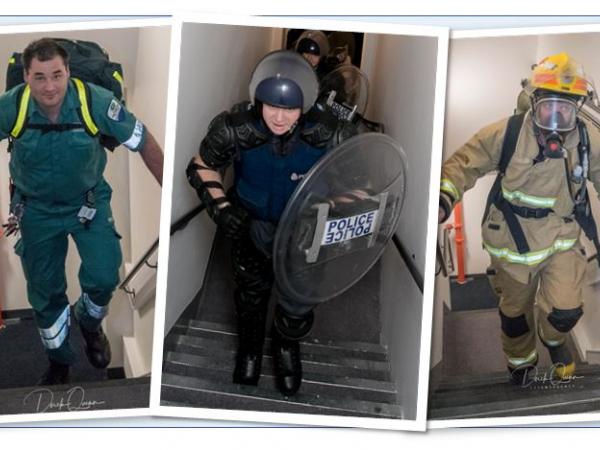 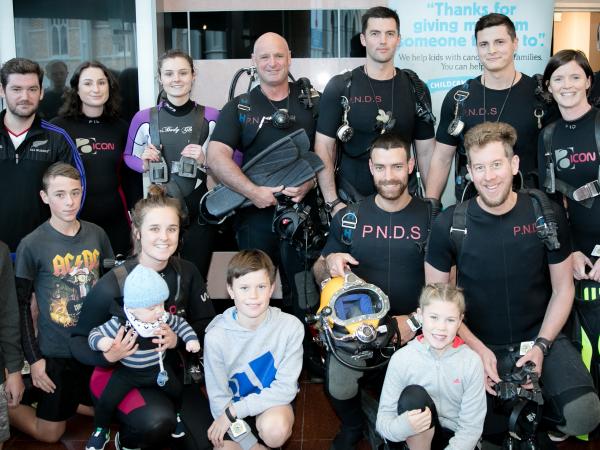 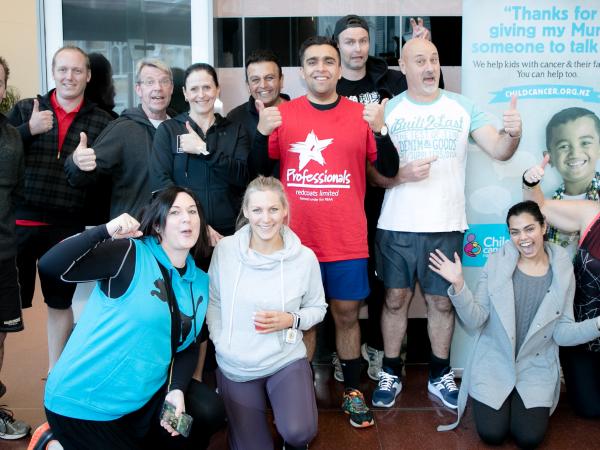 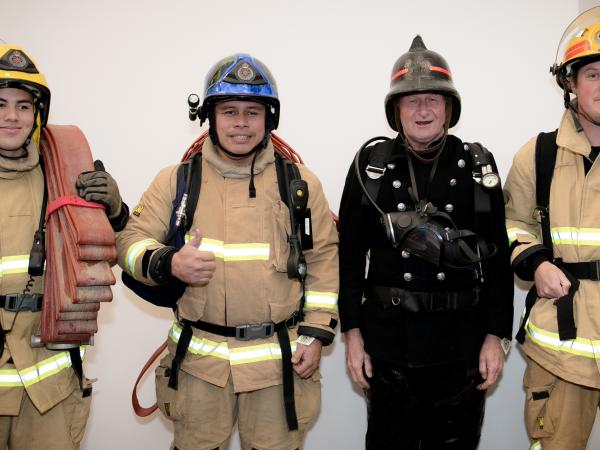 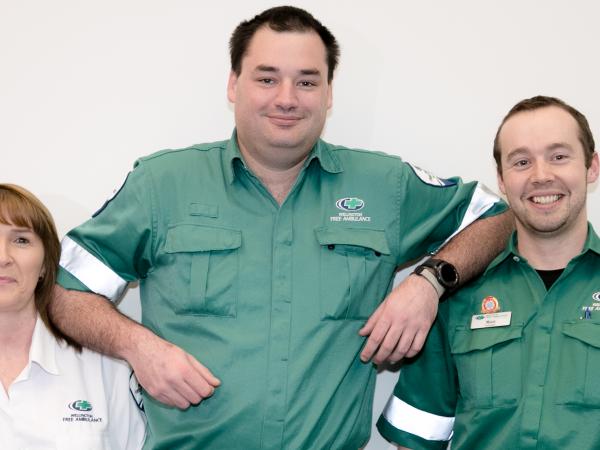 It was a day for strong knees, a head for heights and plenty of heart - all in a good cause.

Around 120 people raised $17,000 and counting for kids with cancer in the annual Dean Gifford Memorial Stair Climb held last Saturday.

The climb is a gruelling event that involves scaling the 28 flights of stairs in Wellington’s Majestic Centre – more than 620 steps in total. Many run, others walk, and participants raise money via online donations.

This year saw Police staff from the Armed Offenders Squad, the National Dive Squad and Wellington’s Police Support Unit racing up the stairs in full kit, as well many other members of staff in running gear.

Dog handler Constable Stuart Rota and his four-legged partner Dakota joined in, as well as staff from the Fire Service and Wellington Free Ambulance and a small army of family and friends.

The event is an annual fundraiser for the Child Cancer Foundation in memory of Senior Constable Dean Gifford, who died from a brain tumour in 2012.

After visiting the Children’s Ward at Wellington Hospital while undergoing treatment, Dean became a regular caller, often bringing along All Blacks, police dogs, Dive Squad members and others to help cheer up the kids.

Stair run organiser Sergeant Stephen Cross said it was great to see so many people getting behind such a good cause.

“We wanted to continue that good work of Dean’s and it’s just been amazing. Heaps of people have got on board and this year went really well. We had about 120 participants there, including Police, Fire and Ambulance and lots of family and friends.”

Stephen says the participant who raised the largest amount of money was leukaemia patient Stephanie Hayes (pictured in orange 'Keep calm' T-shirt), who has so far had pledges of more than $6000.

“She came along with her family and walked up the 28 flights of stairs. When she got to the top she had a huge smile on her face.”

This may also have had something do with the fact that Saturday was her tenth birthday.

Previous
Bikes and booze buses – now it’s boats for Bill
Next
Through hell and high water...