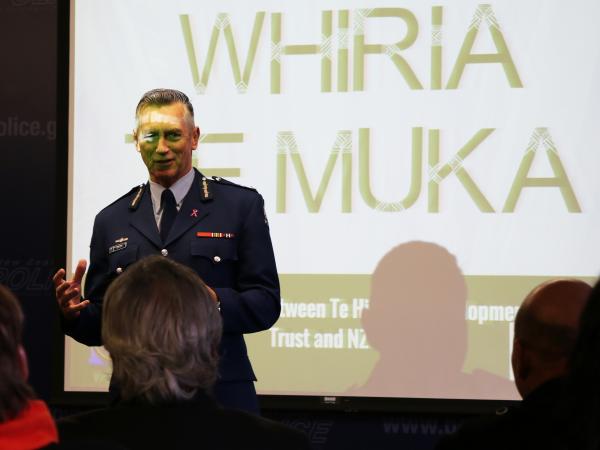 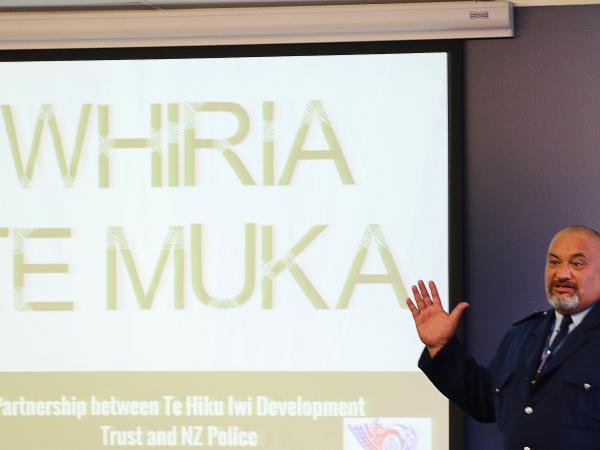 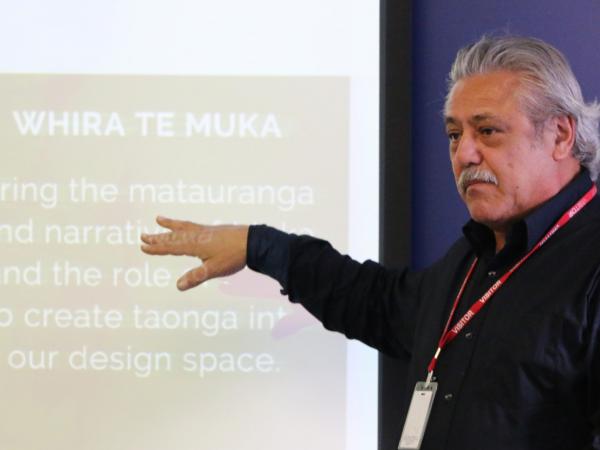 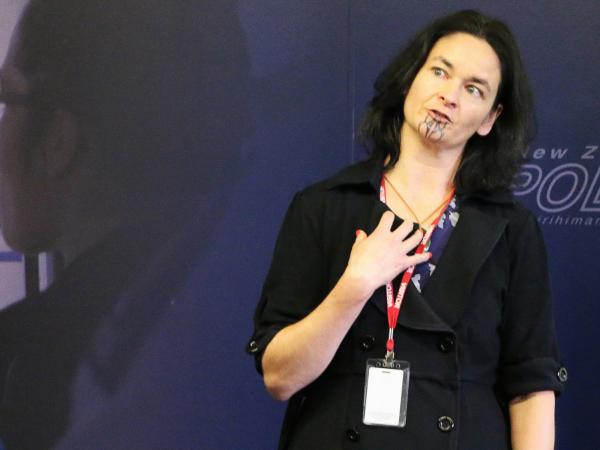 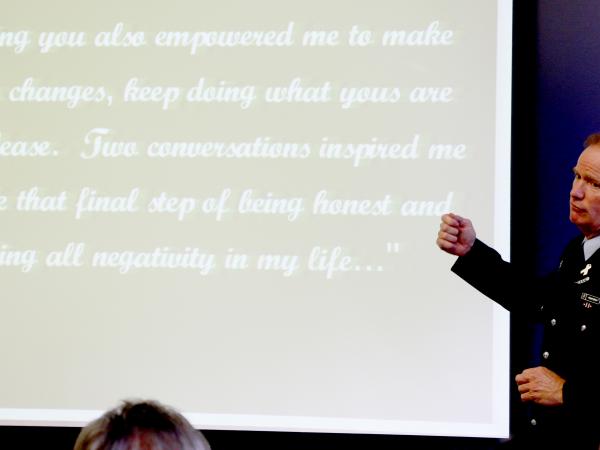 Nine months into its mission to prevent family harm in Northland, Whiria Te Muka has been hailed as a partnership in the true spirit of the Treaty of Waitangi.

Whiria Te Muka is a partnership between Police and iwi, based in Kaitaia – the Te Hiku (Far North) variation on the Whāngaia Ngā Pā Harakeke pilots operating in Tairawhiti and Counties Manukau and under development nationwide.

As with Whāngaia, Whiria Te Muka brings together specialist police and iwi kaipūpuri – advocates - to work with whānau. The nature of the harm event determines the response, and whether the follow-up visit to the whānau is a joint one or by kaipūpuri alone.

When the team is satisfied the whānau are safe, the approach will be the one likely to allow the greatest engagement. It may or may not involve police.

As with the Tairawhiti and Counties Manukau initiatives, the intent was that Whiria Te Muka would reflect its local environment.

“Like the song Ten Guitars, we took it home, strummed it and gave it a new tune,” Far North Area Commander Inspector Riki Whiu said during a presentation to the Police Executive and others at Police National Headquarters (PNHQ).

Whereas the name Whāngaia Ngā Pā Harakeke speaks of nurturing families, with the harakeke/flax bush representing whānau, Whiria Te Muka refers to the process of getting to the flax fibre which can be weaved to create something new.

Whiria Te Muka was launched in November but the partnership model emerged after two years of discussion.

It is run by co-directors – Callie Corrigan, from Te Hiku iwi, and Senior Sergeant Geoff Ryan.

“We’re trying to operationalise a partnership that embodies the intent of the Treaty,” said Geoff.

“Co-leadership has been a journey in itself,” said Callie. “It means bringing together two ways of looking at the world. We’re weaving a new team together to be brave enough to design new approaches, with mātauranga Māori (knowledge/understanding) a critical strand.”

Māori make up more than 40 percent of the 17,500 Te Hiku population. In six months, 404 family harm incidents came to the team’s attention, directly affecting 1201 people. Of 388 people who witnessed incidents, 336 were 14 or under.

When Captain Cook arrived in New Zealand, he said, his doctor John Savage noted that Māori never harmed their children.

“This violence is a relatively new phenomenon therefore it must be that we can eradicate it. Our job as iwi leaders is to rally our troops and the Police job is to rally its troops in support of this objective.”

Haami said some will challenge their right to intervene – unless they accept its legitimacy.

"I’ve come to the conclusion that the best legitimisation - particularly for Māori men in that cycle of offending - is the Treaty of Waitangi,” he said.

“You can say ‘Your ancestors sat down with us and gave us the right to establish an institution that takes care of problems like this. You have to trust us’. And we’ve got to not betray that legitimacy.

“When Māori think your intervention is legitimate they will respond. If we achieve that we will have a massive response. Iwi will put their flag up and say ‘Let’s abandon violence in the home’.”

While the number of family harm incidents has not fallen, their severity has, hinting at a growing willingness to report by victims and a degree of restraint from some offenders.

The mindset shift for police can start with something as simple as taking care to pronounce a Māori name correctly.

Geoff Ryan said he had seen a huge shift within the ten-strong team and among colleagues generally. “Our focus is on making our interactions with members of the public mana-enhancing.

“Part of it is the language. We don’t talk about ‘offenders’ and ‘victims’, we use their names. It’s a way of humanising the situation, not labelling people because of their situation or behaviours.”

Mindset shift also applies to practice. “Police are very action-oriented. We get in response mode and want to rush out to do something, which is not always the right thing.

“Our partners said ‘Hold on, guys. We need to sit down and have conversations in partnership’. So now, when we go out we can be guided by our iwi partners.”

At no point, said Riki Whiu, had Police abandoned the obligation to hold offenders to account: “We still have bad people doing bad stuff.”

Carol Berghan, General Manager of Te Hiku Development Trust, said Police was the only public sector agency adopting such a partnership. Deputy Commissioner Mike Clement said he was proud of that “but sad that it has taken us so long”.

“It’s 178 years since the Treaty was signed,” he said. “Iwi might well ask ‘Where have you been? This is something we signed up to 178 years ago’.”

Commissioner Mike Bush said for most of his 40-year career the feeling was that family harm was just part of life. “We don’t accept that - we can’t accept that,” he said. “We must do something to make a difference.

“For our Executive, the question is how can we support the Te Hiku team to do that work for our young people and future generations?

"We owe it to future generations to change things for the better.”

"When we enter Māori homes we bring these partnerships with us, which provides greater acceptance and a willingness to engage,” he says. “Staff are buoyant and enthusiastic about these relationships and the new way forward.

“I believe Whiria Te Muka has role-modelled a real and genuine Treaty partnership and provided a blueprint for the future of policing in Northland.”