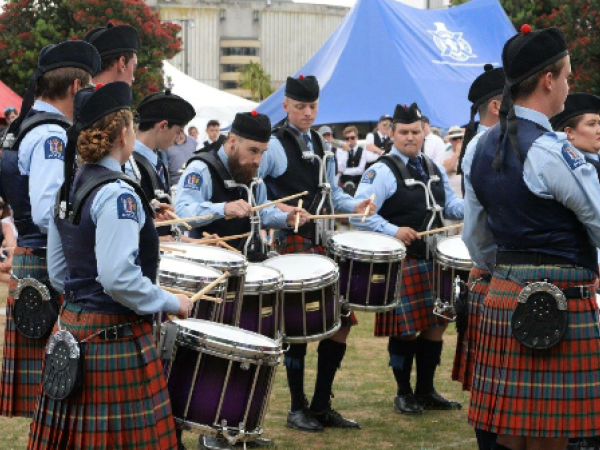 The band goes into the championships today (Friday 9 March) and tomorrow on a roll, having won three from three so far this season.

In the heat of the Turakina Highland Games in January, the band won overall and the MSR, Medley, Ensemble, Open Bass & Tenor categories, and came second in Drumming.

In its first outing, at the Jenny Mair Square Day in Palmerston North in December, the band took the overall Grade 1 prize and the Drumming, Bass and Tenor and Ensemble categories.

See Ten One next week for a report from the championships.