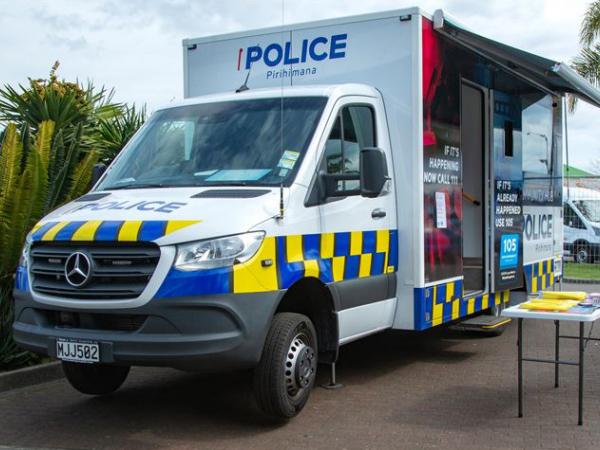 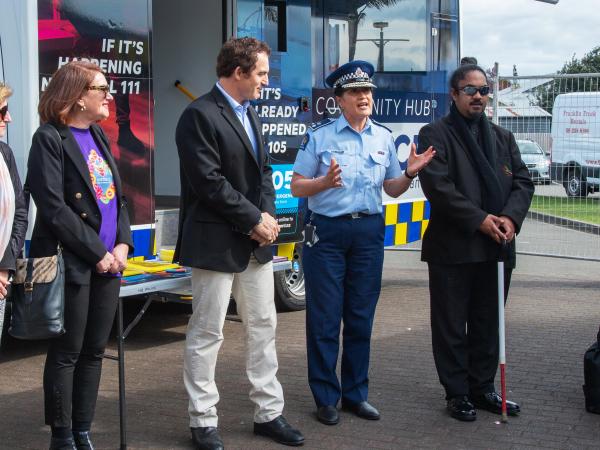 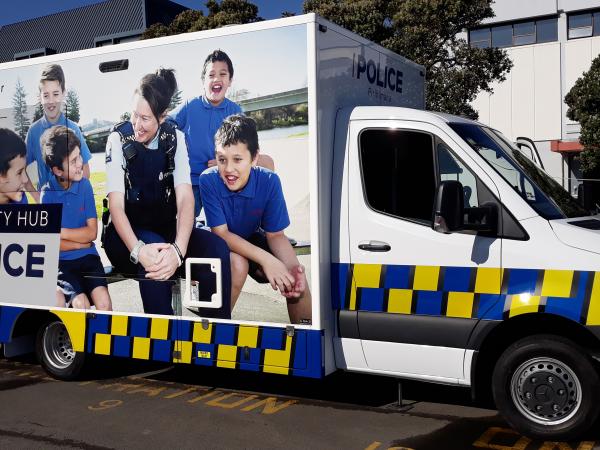 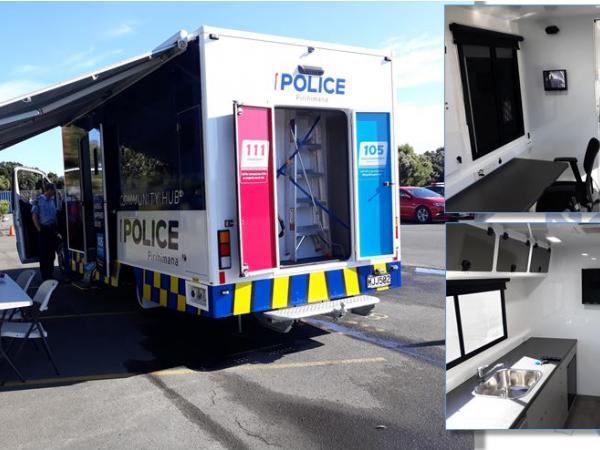 Home > News > Ten One Magazine > On the road, taking Police to the people

A new approach to engaging with communities got a positive response last weekend when the gleaming new Eastern District Mobile Police Base opened its doors to crowds at the Hawke’s Bay Home and Garden show.

Launched by Police Minister and local MP Stuart Nash, the Eastern mobile base is the first in the fleet, with the next due to roll out in Waitematā shortly.

It’s neither Home nor Garden, although it does boast an awning and outdoor furniture. But Inspector Dean Clifford, Eastern District project lead, is enthusiastic about the latest addition to the Police fleet which, he says, looks really impressive.

The idea, he says is “to take Police and partner agencies to the community, especially rural and vulnerable ones, to engage with them, to further prevention and to provide reassurance.

"We want to attract people in, within their community, and act as a community hub.”

Locally, Police has already presented the concept and role of the mobile base to various groups such as community patrols and iwi social service providers. While there are some fixed dates ahead – such as Tuia 250 in Gisborne in a couple of weeks - they’re open to offers and opportunities.

The first business day post-launch saw an approach from a local council, looking to incorporate the vehicle in a street-to-street programme they are taking to vulnerable communities. There’s talk of A and P shows, and of an initial shared deployment with Police community prevention teams.

“We haven’t been too fixed in our approach," says Dean. "We want to be proactive, not reactive – it’s not a booze bus.

"It’s all new so it’s a question of identifying opportunities with partner agencies. In the next six months we want to test locations and applications.”

He’s optimistic, given the engagement the base’s first public appearance generated. Set up side-by-side with a recruitment tent, it attracted lots of interest and questions – as well as 20 or so potential recruits to follow up.

Eastern District Commander Superintendent Tania Kura says she’ll have to join the queue if she wants a turn behind the wheel, with interest developing fast. The Monday after the launch she was in Ruatoria, where staff immediately asked for the vehicle to be there for a recruitment day.

“What’s really exciting is that it’s an opportunity not just for our staff but for the community to use their imagination about how we can use it and where we can take it," says Tania.

" Once people realise it’s not a command vehicle but a community resource there are great options.”

Best of all it offers a different way of building respect for the Police brand, Tania notes. “People talk about wanting to see more police walking the beat but visibility comes in lots of different ways.”

National project lead Amanda Jackson is equally delighted with the response at the weekend, which saw hundreds of people passing through and asking questions about the purpose of the base, and where they might expect to see it.

The launch was the culmination of nearly 18 months planning, key to which was plenty of engagement with frontline staff.

“It’s great to see it finished, the response from the community was very positive, and I felt very proud,” says Amanda. “It reiterated how useful this is going to be for NZ Police.”

Production was made easier by a very good working relationship with Hamilton’s Wade Group, who had been responsive and flexible about tweaks and refinements as work progressed and delivered “a very high-quality functional vehicle”.

Rollout will continue until May 2020. In the meantime, a framework to capture district deployment and experience is being developed.