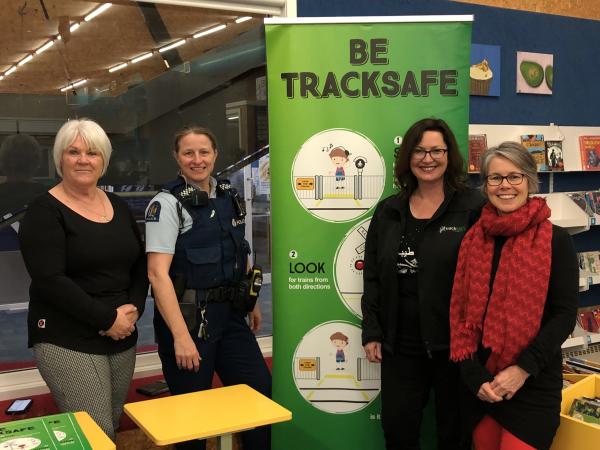 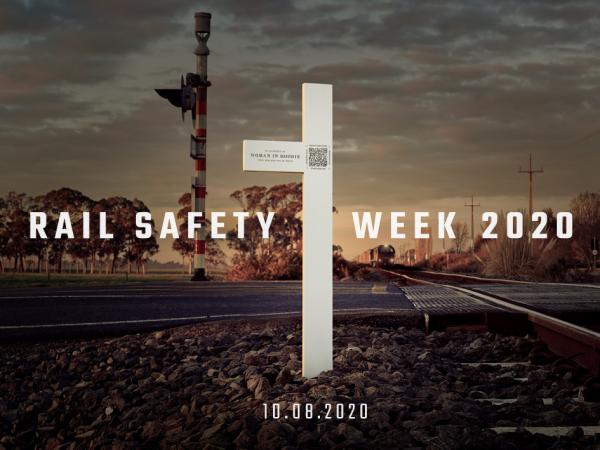 After a five-year-old boy narrowly escaped being hit by a train at a level crossing, Police and other agencies worked together to educate youngsters about rail safety.

TrackSAFE – a not-for-profit that works to raise awareness around track and train safety - received CCTV footage and a report from a train driver about the near-miss in Tawa, Wellington.

The boy got caught in the gated area on the level crossing after it closed as a train approached. With the lights flashing and bells sounding, he stepped on to the tracks, turned back, then went across again, putting himself in the path of the train.

After the incident last month, Transdev and TrackSAFE contacted local schools to try to find the young boy, but without success. They then forwarded the footage to Police in Tawa.

Community officers went to the level crossing at the time of day the incident took place to see if they could identify the boy.

On the second day of this, Constables Sarah Steed and Steve Wairau went to the crossing and spotted the boy, identifying him and his school by his backpack, who was with his older brother.

Sarah says they learned that on the day of the near-miss, the pair were walking to school. The older brother went over the crossing before the gates closed. The younger boy was told to wait, but panicked and decided to run across.

Sarah talked to the boys and their mother about safety around level crossings.

“The boys had gone home and didn’t tell their mum anything about what had happened earlier that day, even though she’s previously talked to them about being careful at railway crossings,” says Sarah.

“I spoke with them about why it’s so important to take extra care when it comes to rail safety. Together, we came up with an alternative plan for them to get to and from school safely.”

The boys now take a different route to school.

The near-miss incident allowed the Youth and Community Policing team and TrackSAFE to speak to other students at the school about staying safe around tracks.

“Collaborating with our partners not only resulted in a great outcome but it provided us with an opportunity to share important prevention and safety messages with the students,” says Megan Drayton, TrackSAFE Foundation Manager.

“We have been able to achieve a lot more by working together - combining our skills, resources and using our networks to better serve the local community.

“This is a great example of different agencies working together to get a good result from what could have potentially been a tragic accident.”

To reduce the risk of further incidents, police will also visit nearby schools to chat to children and teachers about safety around trains, rail tracks and level crossings.

This week is Rail Safety Week. Find out more about TrackSAFE's work here.
Previous
A lesson in road harm
Next
A family affair for Wing 340