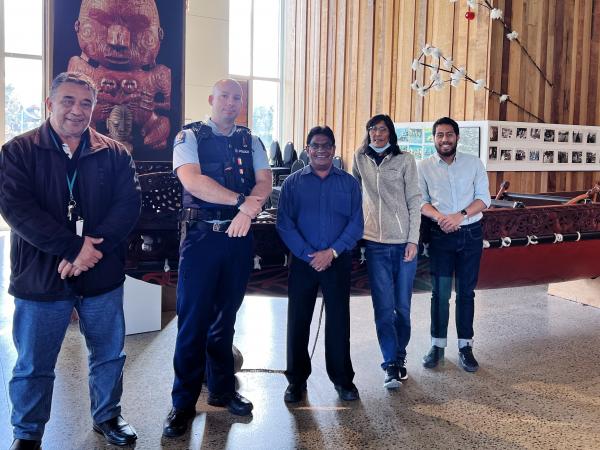 ​Te Pae Oranga is less intimidating than court, is available to all ethnicities, every person has a chance to introduce themselves, and participants and victims all contribute to the outcome.

Paul Patel QSM, a member of the Commissioner’s Ethnic Focus Forum, made these observations during a recent visit to a Te Pae Oranga Iwi Community Panel at Waiwhetū Marae, Lower Hutt.

“This was my first visit to a panel. I was absolutely blown away with the idea of this initiative,” says Paul.

“Experiencing this with all the people involved showed me the many favourable outcomes of having Te Pae Oranga available to participants from all ethnic communities.”

Te Pae Oranga provides a place where participants of any ethnicity can feel less intimidated than if they had gone to a court hearing, Paul says.

“The importance of Police making the decision of directing a case to a Te Pae Oranga is a big decision and it is extremely important that participants are informed that a decision from court or Te Pae Oranga does not come lightly.

The environment puts people at ease, and timeframes are often quicker than court processes.

Participants can have whānau present and talk about what happened and, importantly, the panel helps prepare the plan to go forward. Paul says this is a big advantage.

“The role of the panel is very important as it allows the participants a chance to learn from, in some cases, serious offences, and to make things right, and to be accountable for their actions and those that have been affected,” Paul says.

It’s also good for victims, and significant for ethnic communities to be able to contribute to the outcome of the agreed plan. 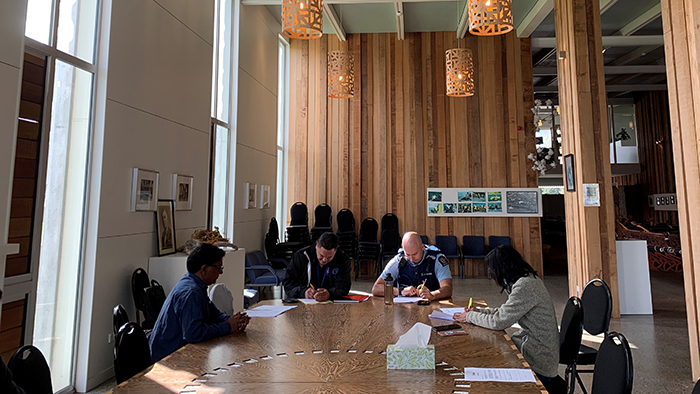 Paul Patel, left, and panel members prepare for the next participant.

“The panel members and the introduction at the start go a long way to support everyone to feel at ease. Having a panel member familiar with the tikanga of a particular ethnic participant would add even more benefits.”

In one hui mātua, Paul noted that the presence of a panel member familiar with the tikanga of that participant would have enabled deeper understanding of the Te Pae Oranga process, and also the victim.

“There are opportunities for ethnic representation on Te Pae Oranga panels, as they can be a voice for the communities,” Ash says.

The process starts on the front line with consideration of options available to address offending and its causes.

Ash says those who have observed Te Pae Oranga hui mātua often comment on the humanity in the process and the values-based kōrero. It is important for Police staff to participate in the meetings whenever possible.

Te Pae Oranga is an important partnership between iwi Māori and Police, Ash says, and part of the strategy allowing iwi to contribute to reducing harm and enabling better outcomes for all. Iwi have stated it is their commitment as good Treaty partners with Police.

The Commissioner’s Ethnic Focus Forum brings together the leaders of ethnic communities to provide advice and guidance to benefit both the Police and their communities.

The Te Pae Oranga pamphlet will soon be available for Police and partner providers in 30 languages. 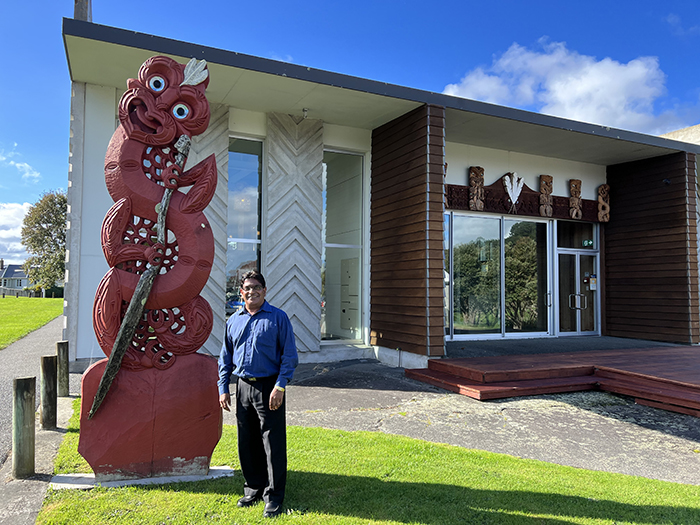 Ethnic representatives on Te Pai Oranga panels can be a voice for their communities, says Paul.

Previous
42 years' relentless service
Next
Holden on to the end